LADIES FOOTBALL: ‘It looked like Gaelic Games wouldn’t go ahead at all this year, but thankfully we have been given that opportunity to play.’ – Mourneabbey’s Ellie Jack 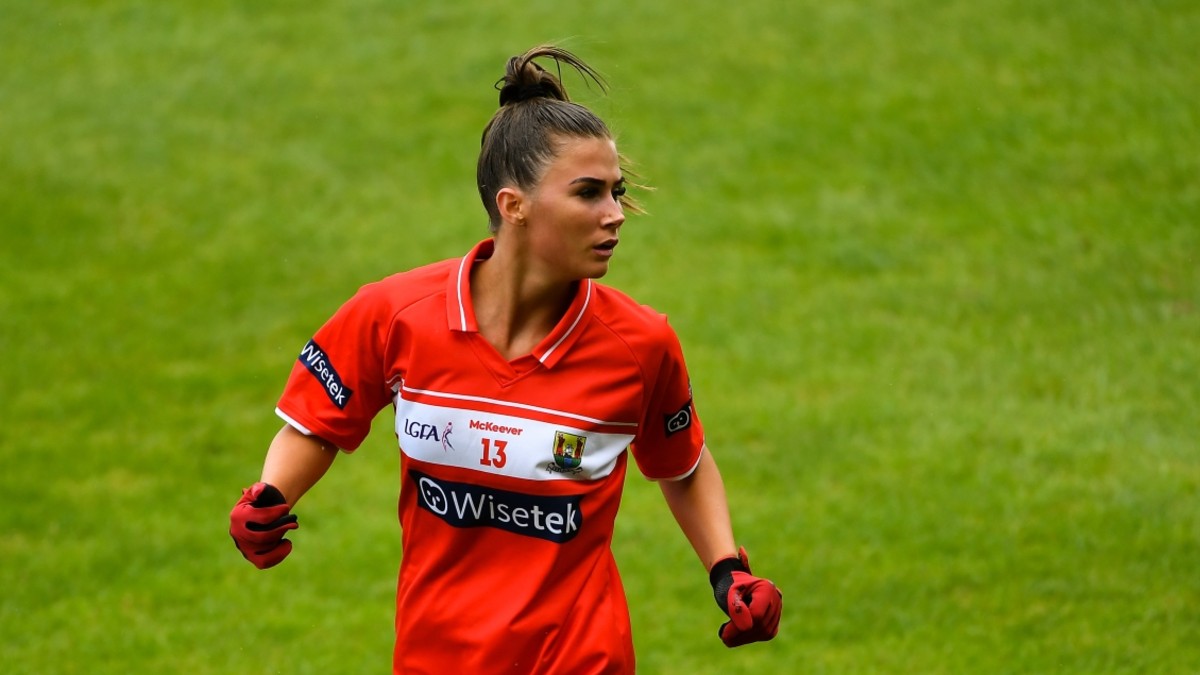 The week leading into a county final can be nerve jangling for players at any grade, but throw in getting your Leaving Cert results, celebrating those achievements and then receiving a college offer and you can understand how special the last few days have been for Mourneabbey playmaker Ellie Jack.

At the age of 19, Jack’s footballing CV is already bursting at the seams. Today (SATURDAY, 5pm) she aims to win her fifth Cork Senior Championship when she and her club line out against great rivals West Cork Ladies at CIT.

Last November, she won a second All-Ireland senior club title to add to the runners-up medal from 2017 in her collection, while she also played a key role in Cork’s Minor All-Ireland success of 2019.

With so many distractions to deal with this week, Jack hasn’t had time to let today’s game bother her too much, but the talented youngster is well used to thriving on the big stage.

“It has been a big week, alright,” admitted Jack. “The CAO Round 1 offers are out and you have a few days to accept that offer then. A couple of days later there is a second round with second offers in it.

“Not getting to do the Leaving Cert was a pretty crazy time. I would have really preferred to sit the exams like every other year, but with everything that went on there was nothing we could do. It was disappointing to be fair, but we’ll see what comes of it.”

Originally a student in St Mary’s Secondary School, Mallow, Jack spent the last two years in Bruce College in Cork preparing for the Leaving Cert, and she aims to follow a career in teaching in the coming years.

On the football field, she has already learned so much from her teammates, and after first slotting into the full-forward line at the age of 15, she has thrived under the management of Shane Ronayne.

“It’s mad because I was one of the spectators in the crowd in 2015, watching all the O’Sullivans and everyone playing. It’s mad then to think that when I got the call up and I was going to be playing with them then the following year.

“Roisín O’Sullivan was actually training me at U16s, so she was a big help. One night down at training she asked me if I’d come in for a session or two with the seniors and it took off from there.

“Obviously being so young, it was hard to find my feet at first, but the girls were so good to me. They gave me great support and were there for me if I needed anything. Looking back on it, it was easy for me then.

“Shane has been great too. I played corner forward that first year when I started out so it was a big step up for me, but he showed that trust in me. He put me in there and showed faith in me.

“He has Karen Graham in this year as a new addition to the backroom team. She’s been brilliant for giving encouragement to all of us, which is huge.”

Today’s final will be the third year in a row that the two Cork powerhouses clash in the county final. The teams were also pitted against each other in last month’s group stages and that game ended in a 0-16 to 2-10 draw.

Last year’s final was a convincing win for the champions, but the year before they needed a replay to take the title. Despite Mourneabbey showing their form with a staggering 11-12 to 0-5 win over Éire Óg in the semi-final, Jack says they’re expecting another significant examination.

“We have a lot of work done so hopefully we can come out the other side of it. But we know West Cork are a great team. We have had such tight games with them so far, so we know how tough it’s going to be.

“We played them earlier in the championship – it was a draw when we played them in Mourneabbey a few weeks back. We have great respect for West Cork. Every time we play them it’s a nail-biting game. But we are hopeful for the weekend.”

As county and All-Ireland champions the challenge of defending your title gets greater each year. Winning one All-Ireland senior title was quite the achievement, but putting wins back-to-back against Kilkerrin/Clonberne was just as sweet, according to Jack.

“The first win in 2018 was amazing. It was my first All-Ireland win too, so coming back from all the near misses and winning it that year meant it was so special for all of us.

“For our families and the whole community, it was a massive achievement and coming back home to Mourneabbey for the homecoming was just amazing.

“I remember being up there on the stage in the community hall and seeing all the faces of our friends and families. Everyone came down to see us home. It was a night to remember.

“Doing it again last year was very tough, but having the likes of (Dublin’s) Noelle Healy there on the team with us, it really, really helped. She was such a great addition as well. She has moved back to her club in Dublin but it was great to get the chance to learn from her.”

CIT plays host to the Cork final this afternoon, but unlike previous years the passionate support of both teams won’t be there to savour in the victors’ success.

“So far this season it’s very, very different not having supporters at the games. But I suppose a couple of months back we didn’t think we’d even have a county final to play.

“It looked like Gaelic Games wouldn’t go ahead at all this year, but thankfully we have been given that opportunity to play. We are in a final this weekend so fingers crossed we get the result we are hoping for.”