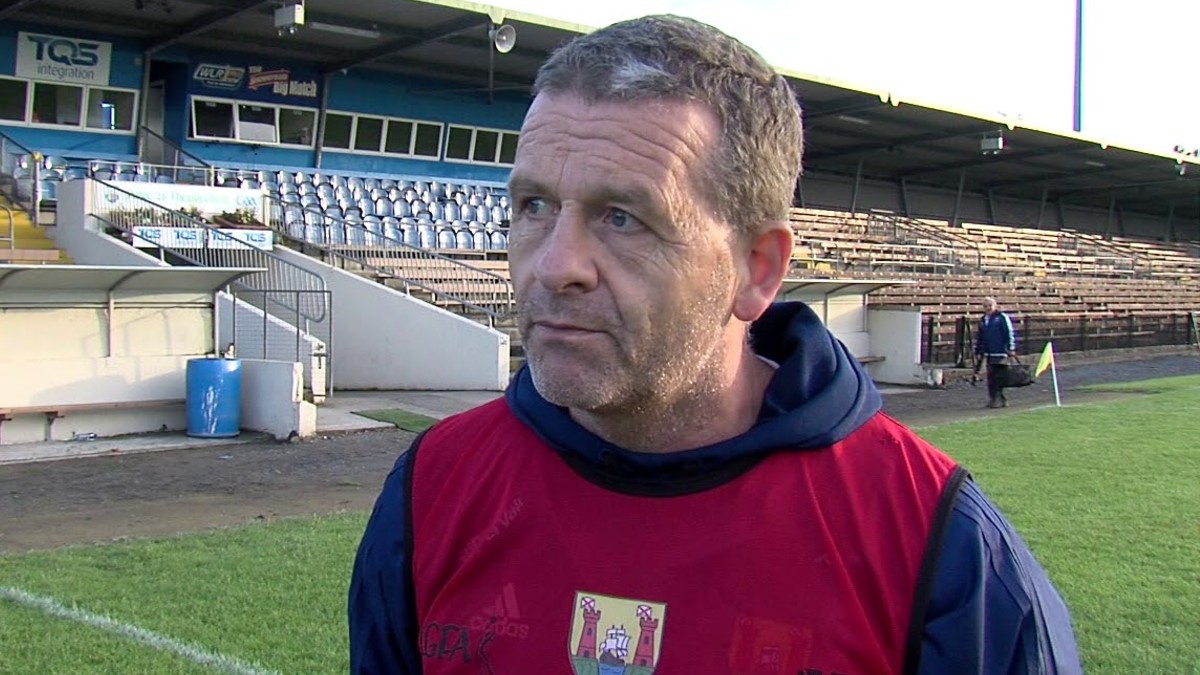 CORK boss Ephie Fitzgerald has named 12 survivors from the team that lost out to Dublin in the 2019 TG4 All-Ireland semi-final for tomorrow’s (SAT) crunch live TV clash with Kerry (3.0).

The Rebelettes make the trip to Austin Stack Park knowing that defeat against the Kingdom would see them eliminated from the 2020 competition after just one game.

A Kerry win, following on from victory over Cavan last Sunday, would see the Kingdom through to the semi-finals.

But Cork have packed their team with key names and all but three of those in the starting team lined up to face the Dubs at Croke Park in August 2019.

Aisling Kelleher, Roisin Phelan and Áine O’Sullivan are all handed starts for this pivotal tie, with Eimear Kiely on the bench, and Eimear Scally and Niamh Cotter not in Cork’s matchday squad.

There are two changes to the Kerry starting line-up, with Ava Doherty and Andrea Murphy getting the nod to start in defence and attack respectively.

Doherty replaces Cáit Lynch, who went off injured early against Cavan, while Danielle O’Leary was replaced by Murphy after 25 minutes of that win, and Murphy starts this time.

Champions Dublin, meanwhile, can book their place in another semi-final as they chase a fourth successive crown.

Victory over Waterford in Baltinglass on Saturday (1.0 – Live on LGFA Facebook) would seal a spot in the last four for the Sky Blues.

Dublin boss Mick Bohan is resting experienced All Stars Sinead Goldrick and Siobhan McGrath, the 2019 TG4 Senior Players’ Player of the Year, for this one.

There are two changes in personnel; therefore, as Orlagh Nolan comes in for a start at right corner back, while there’s also a place for Caoimhe O’Connor in attack.

O’Connor replaced Sarah McCaffrey during the Donegal game and, as Bohan shuffles his pack, Niamh McEvoy moves from the forward line to midfield, where she’ll partner last Saturday’s player of the match against Donegal, Jennifer Dunne.

Lauren Magee, who lined out alongside Dunne in the Dublin engine room at Kingspan Breffni, has been listed in the half-back line for the Waterford test.

For Waterford, inter-county life without Michelle Ryan, now a TG4 analyst after almost two decades in the county shirt, begins with a daunting assignment but there’s still plenty of big-game experience in their ranks.

In total, there are eight survivors from the starting team that lost out to Galway in the 2019 quarter-final, including the Wall sisters, Mairéad and Aileen, and the Murray triplets, Emma, Katie and Aoife.

Also on Saturday, Mayo make their bow in Championship 2020 at Páirc Seán Mac Diarmada in Carrick-on-Shannon (1.0 – Live on LGFA Facebook), and manager Peter Leahy has named 9 of the team that lined out from the start against Galway in last year’s semi-final.

Mayo lost out by just a single point on that occasion and there are call-ups for goalkeeper Laura Brennan, Saoirse Lally, Roisin Durkin, Ella Brennan, Maria Reilly and Tamara O’Connor.

From the team that started in that match against Galway, goalkeeper Aishling Tarpey, Danielle Caldwell, Kathryn Sullivan, Ciara Whyte, Niamh Kelly and Fiona Doherty drop out.

Tyrone have made just one change from the side that lost out to Armagh last Friday night, as Laura Kane replaces Shannon Lynch between the sticks.

The weekend’s action begins this evening with more Friday night football, as Monaghan tackle Tipperary at under the Parnell Park lights in Dublin (7.30pm – Live on TG4).

Tipp lost by just a single point to 2019 runners-up Galway at the LIT Gaelic Grounds last Saturday – and Premier County boss Shane Ronayne has made just one change in personnel, with dual player Orla O’Dwyer replaced by Maria Curley.

Its Monaghan’s first outing in the 2020 Championship and the Farney County needed victory over Westmeath last year to avoid dropping into the Intermediate grade.

Louise Kerley scored 1-11 in that game and she’s one of eight starting survivors from the team that lined out against Westmeath on that occasion.

Among the other players who featured that day and listed again tonight, are the long-serving McAnespie twins, Aoife and Ciara, and the Courtney sisters, team captain Cora and Rosemary.