Aghada Come From Behind To Earn Cork Quarter-Final Spot 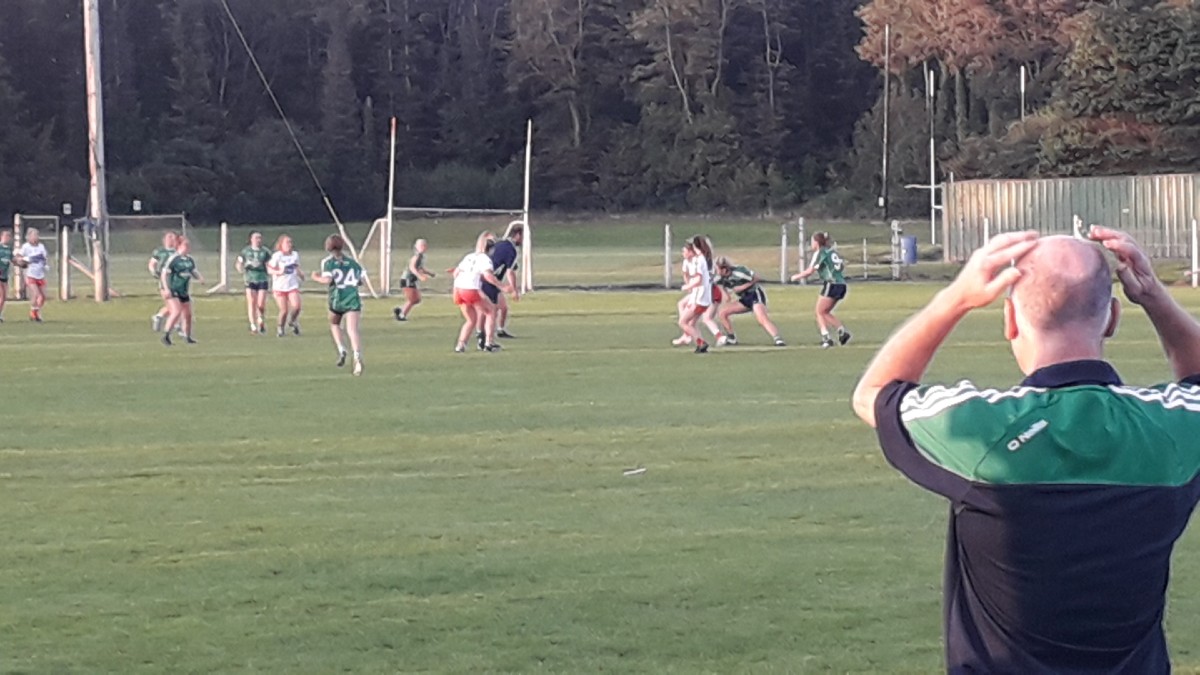 This east Cork showdown lived up to its billing as 2017 All-Ireland junior champions Aghada booked their spot in the senior championship quarterfinals.

Goals from Christine Moran and Hannah Looney proved pivotal for the victors who came from seven points behind the former national senior title winners.

Inch Rovers are bringing through a new generation, 10 years on from their All-Ireland senior title win over Carnacon.  But they still possessed five of the side that lined out that day.

Looney split the posts for Aghada after just 40 seconds, but it was the visitors who enjoyed the best of the opening half.

Annie Walsh opened their account on five minutes before Angela Walsh picked out Noelle O’Donovan for the lead.  When Annie Walsh added another from play, it was 0-3 to 0-1.

Aghada got back to grips with the contest and were on level terms by the 10th minute.  Captain Emma Farmer converted a placed ball while Mary Leahy picked out Cork under 16 star Rachel Leahy to make it 0-3 apiece.

Angela Walsh restored Inch Rovers’ advantage before Looney knocked over her second.  But the next score would have a significant impact on this tie.

Angela Walsh was looking dangerous every time she was in possession and the eight-time All-Ireland winner with Cork lived up to her name, blasting a bullet underneath the crossbar on 15 minutes for the game’s first goal.

Noel O’Connor’s side seized the initiative and they were clear by the 22nd minute.  O’Donovan slotted over her second white flag before turning provider for the green that followed, finding Aoife Walsh who made no mistake.

It was 2-5 to 0-4 and the home support were concerned their championship was ending but Aghada finished the half strongly.  Farmer was on target twice more, the first following an Amanda Bennett pass, to leave them just five behind while Bennett was also denied by the woodwork.

Their efforts were eventually rewarded entering injury time.  Looney spotted Christine Moran whose creative spin managed to knock the opposing defence off balance, and she left Rachel Fogarty no chance for Aghada’s goal.

The deficit was down to two, but Annie Walsh had the final say and Inch Rovers led 2-6 to 1-6 at half-time.

These two sides were playing the ‘C’ group of the reformatted senior championship having lifted intermediate silverware the previous two years.  While relegation wasn’t an issue for either, an ‘A’ quarter final against Kinsale offered an opportunity to cement their topflight status.

While the goals were crucial, the opening eight minutes of the second period probably had a greater influence on the result.   Inch Rovers enjoyed many chances but couldn’t make any of them connect, hitting four poor wides.

Aghada were also guilty of poor decision making on regular occasions in attack but they did manage to trouble the umpires during this spell.  Substitute Aileen McGrath pointed on 21 minutes before Looney set up Rachel Leahy to leave it 2-6 to 1-8.

Inch Rovers still managed to stay in front and the 2019 intermediate champions didn’t look like they’d surrender the lead easily.  Angela Walsh tallied before Rachel Leahy hit back for Aghada.  But O’Donovan’s third score on 42 minutes left it 2-8 to 1-9 in Inch Rovers’ favour.

Sinead O’Driscoll and Moran allowed Farmer send over a fine Aghada score while substitute Sarah Harrington was causing problems the other end.  However, Aghada finally hit the front on 47 minutes.

Rachel Leahy passed to Looney who attacked down the centre.  A point looked the simple solution, but Cork’s dual star, who plays for her opponents’ camogie wing Killeagh, fancied more and she struck her team’s second goal to put them 2-10 to 2-8 ahead.

Rovers, to their credit, didn’t relent and replied within three minutes through Harrington while Ciara Gillman, Aobha Joyce and Aoife Higgins weren’t making things easy for the home attack.  But Looney and Farmer managed to put three between them entering the final five minutes.

Annie Walsh kicked two Inch Rovers frees to bring the deficit down to the minimum.  With scoring difference, a factor in who advanced, they needed to finish in front.  However, they never registered again!

The final say went to Aghada captain Farmer who concluded with two placed balls bringing her personal tally to seven.  It was enough to ensure a three-point derby victory even if Moran was unlucky to be denied by the crossbar in the closing stages.