All Blacks and Dublin GAA Unite for AIG #EffortisEqual Event 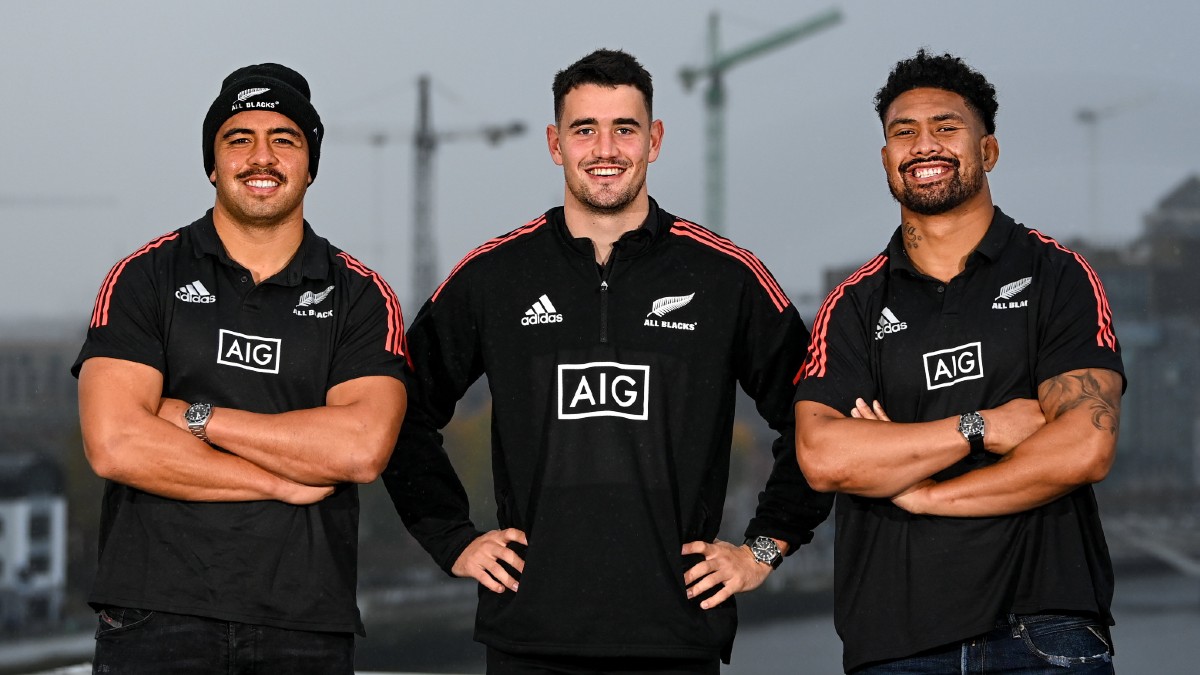 All Blacks Anton Lienert-Brown, Will Jordan and Ardie Savea, who are in town ahead of Saturday’s showdown with Ireland, and Dublin’s Sinéad Aherne, Jonny Cooper and Orla Gray took part in the special event which was live streamed to the public.

AIG sponsors both New Zealand Rugby and Dublin GAA, backing their female and male teams equally. Today’s event was aimed at bringing leading figures in men’s and women’s sport together to discuss current topics, attitudes and developments related to diversity, inclusion and gender equality in sport in addition to timely topics around resilience, effort and performance during a pandemic.

AIG has long led the way with its approach to gender balance in sport both globally and locally through its award winning #EffortIsEqual campaign.

Globally AIG sponsors NZ Rugby and the AIG Women’s Open and locally it sponsors the male and female elements to Dublin GAA, Irish Golf, Irish Tennis, Irish Badminton, is sponsor of the Ladies Gaelic Football Association as well as being a key sponsor and driver behind the ground-breaking 20×20 women in sport initiative.

Aidan Connaughton, General Manager at AIG Ireland said; “AIG is proud to partner with both the New Zealand All Blacks and Dublin GAA and is equally proud to support both the men’s and women’s teams within each organisation, a model of diversity, equity and inclusion in which AIG has been a leader globally and locally in implementing, aligning with our passionate support of both the communities and people we serve.

“We are delighted to be able to bring sporting greats from both our sponsorships, male and female, to facilitate this unique broadcast event and discussion on all things sport, diversity, equity and inclusion, to help give viewers an insight into these great athletes.

“We look forward to the game on Saturday and wish both the All Blacks and the Irish team the best of luck in what should be a great sporting event.”