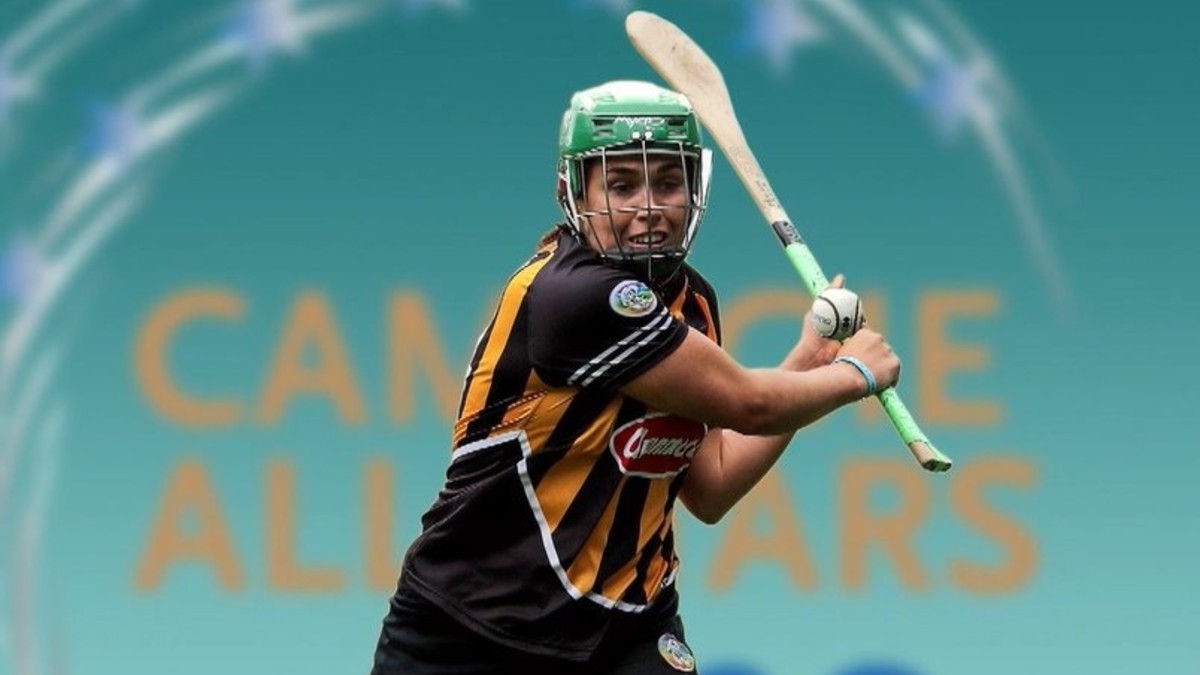 For long stretches of this afternoon’s contest at TEG Cusack Park in Mullingar it looked as if the big story of the 2021 All-Ireland senior camogie championship was unfolding, with the All-Ireland champions from Kilkenny pushed to the wire by Westmeath.

The home side continued to hold a lead over their opponents right up until the second half water break, when a goal from Miriam Walsh finally set the Cats on the way to a 2-17 to 1-11 victory.

Denise Gaule was uncharacteristically inaccurate with a series of frees and several other Kilkenny players underperformed in the early stages of this tie, as evidenced by the fact that manager Brian Dowling used four of his five subs by the 37th minute.

The other side of the story was a brilliant performance by Westmeath, arguably their best since gaining promotion to senior on the back of their 2019 intermediate title. Hannah Core fired in their goal after five minutes, and two points from Sheila McGrath as a well as four points (three frees) from Megan Dowdall gave them a 1-8 to 0-7 interval lead. Nine minutes into the second half both sides had added just two points each and the home crowd really started to believe something magical was happening, but Walsh’s goal was a turning point.

Katie Nolan scored 1-1 in a final quarter where Kilkenny showed their strength in depth and their scoring power, but it wasn’t the form they would have wanted in advance of next week’s clash with Galway.

Galway also had something of a 15-minute purple patch when they took on Clare at Kenny Park in Athenry and prevailed by 2-12 to 2-6, but they did their damage in the third quarter, outscoring their opponents by 2-3 to 0-1 in that period.

Niamh Kilkenny’s long range effort was spilled to the net by Clare goalkeeper Doireann Murphy, before Siobhan McGrath tapped home after some unselfish play by Catherine Finnerty in the build-up. This seemed to end the game as a contest, with both sides emptying their benches, but a late goal from a Chloe Morey free brought the gap back to six points approaching injury time.

On the next attack, a long Morey ball dropped behind the Galway defence and fell kindly for substitute Áine O’Loughlin to finish to the net, but Cathal Murray’s charges maintained their composure with late scores from Aoife Donohue, Ailish O’Reilly and Kilkenny sealing Galway’s win.

Wexford are almost certain of their place in the quarter-finals after they beat Offaly by 4-10 to 0-15 at Chadwicks Wexford Park in the only game that was played in group one.

The game was barely underway when a powerful run from Orla Sinnott was matched by an equally dextrous flick into the path of Joanne Dillon, who duly slammed the ball to the Offaly net. With seven minutes gone, Anais Curran had a second goal for Wexford and the home side were eight points to the good.

Offaly gradually worked their way back into the tie and were more in touch at half time, 2-7 to 0-8 adrift. They were heavily dependent on Mairéad Teehan’s freetaking as she contributed 0-6 in that opening period, all from dead balls.

The scoring dried up a little after that and while the model county always held a lead, it was only in the final five minutes that Wexford made the game safe, with first a Lisa Bolger penalty and then a low finish from a tight angle by Mag Byrne beating the impressive Mairéad Jennings in the Offaly goal.

There were blisteringly hot conditions in Newry for Cork’s visit to Down in group two, where the heavily-fancied Rebels did enough to pick up a 1-13 to 0-10 win without ever really exploding into life in the way they did in round one against Dublin.

Orla Cronin, Laura Hayes and Izzy O’Regan picked off good points from play in a competitive contest before Fiona Keating’s goal five minutes before the short whistle put a little bit of daylight between the sides. Cork had five different scorers in the second half as they kept Down at arm’s length, but little more.

Arguably the game of the day in terms of significance with regard to quarter-final qualification was at Skerries Harps, where the expected tight game never really materialised. Dublin made a strong start against Waterford, pointing the first three scores through Jody Couch, Aisling Maher and Kerrie Finnegan, but the wheels came off a little bit after that as Waterford gradually reeled them in and then took over.

Beth Carton was as strong as always for the Déise with four of their first six points as they took the lead by the 23rd minute, then put daylight between the sides thanks to a good finish by Niamh Rockett for the game’s first goal.

With the Dubs on the ropes, a second goal from Abby Flynn deep in first half injury time (of which there was over eight minutes due to Sibéal Harney’s early injury and withdrawal) left it 2-10 to 0-7 at the break.

Dublin shot just two points in the second half as Waterford cruised to a 2-17 to 0-9 win, meaning that they and Cork have wrapped up the top two spots in the group, with Dublin and Down both winless going into their clash next weekend.