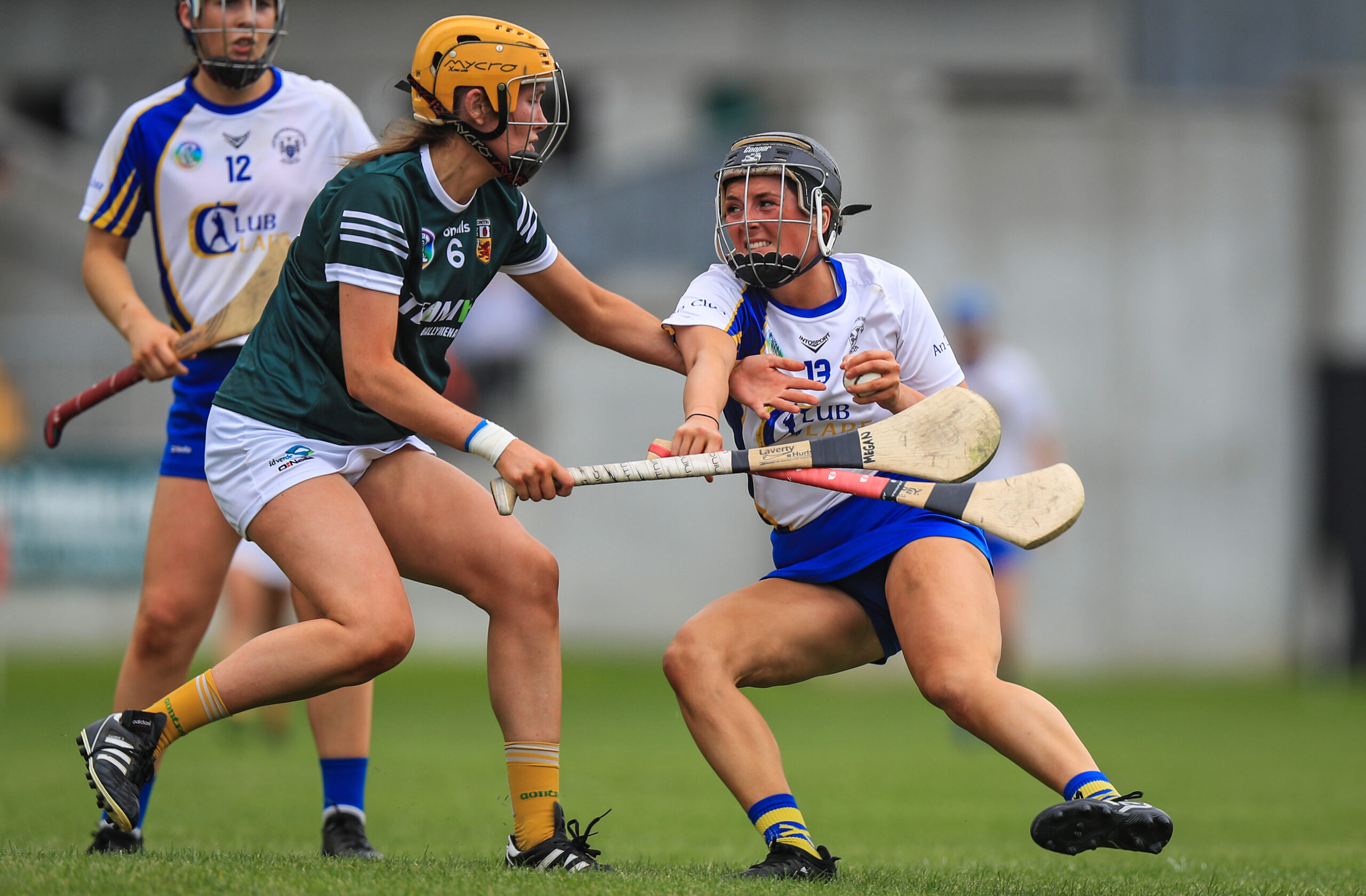 At the end of two and half hours of tension and drama at O’Connor Park in Tullamore, Antrim confirmed their place in the final of the 2022 Glen Dimplex All-Ireland Premier Junior Camogie Championship alongside Armagh, with Megan McGarry’s free in the second period of added time proving to be the decisive score that settled a remarkable contest.

The Saffrons were the stronger side in the opening 20 minutes and held a four-point lead thanks to Dearvla Cosgrove’s early goal, but a string of scores from Clare in the closing minutes before half-time levelled the tie, and the teams were effectively inseparable after that.

Cosgrove found the net with eight minutes gone after she capitalised on a defensive error to pounce from close range, and Antrim were the most impressive side in the opening quarter, picking off some very impressive scores from Bríd Magill and Ellen Leech. Clare, for their part, were busy and physical in the middle third, but they were dependent on the accuracy for Shauna Canny for a lot of their scores. At half-time it was 1-4 to 0-7, with all seven Clare points coming from dead ball chances.

Rachel Kelly was Clare’s first scorer from play early in the second half, but Antrim still moved two points clear by the 42nd minute, but that was to be as big a lead as there was at any stage for the remainder of the game. Aoife Anderson roused the Clare support with a glorious point, Orlaith Laverty came off the bench to reply in kind for Antrim, and the temperature was rising with every tension-filled moment.

Canny’s first point from play gave Clare their first lead of the game after 52 minutes, Fionnuala Kelly and Cosgrove swung the lead back to Antrim, then a point in the 60th minute from Anderson looked like it might be the winner, even after Canny missed a difficult change with just 30 seconds of stoppage time remaining.

That was all Antrim needed as they won the puckout, sent the sliotar forward and it fell to Nuala Devlin to set up Clair Kearney for the equaliser.

Antrim carried that momentum into extra time and moved two clear again, but Clare hung in there, and with tiredness becoming the key factor in the game as it moved into the second period of overtime, they earned a 45 that Sarah Loughnane pointed to prolong the incredible drama for two more spells of five minutes each, which went closer to ten by the time all the stoppage time was played.

Megan McGarry overcame her aching limbs to send a long range free over the bar in the first of the two moieties, and that ended up carrying the day – not without more heartstopping moments however, particularly when Aisling Cooney’s shot from 40 metres dropped short and was parried by Áine Grahan, but then swept clear just as the two umpires looked at each other to confirm that the ball hadn’t crossed the plane of the goal-line.

The very last Clare attack, in the ninth minute out of the last five, fell to Róisín Powell and she mustered up the energy to drive at the Antrim defence. However her attempt to find a colleague was anticipated and blocked by Elis Kearns, and that final intervention saw Antrim through to an All-Ireland final in a fortnight against Armagh.

“We’re delighted with the girls, who’ve put in such an incredible effort. And commiserations to Clare. It’s a tough game to lose, no-one deserved to lose a game like,” said victorious joint manager Brian Kearney.

His colleague, Mark ‘Duck’ McFadden admitted to being in awe of the contestants.

“It was just two great teams going at it,” gushed McFadden. “It was exactly what we’ve been training for, extra time and all the rest, and it was put to good use.

“We always believed the girls could get there. At training, if you ask them to do something, they always do it. They keep pushing on, every week that goes by they work harder in training, and that’s all we could ask for. We have an honest group of players and we always get that from them, just like you saw there today.”