CAMOGIE: Antrim and Down to battle it out for the All-Ireland Intermediate Crown! 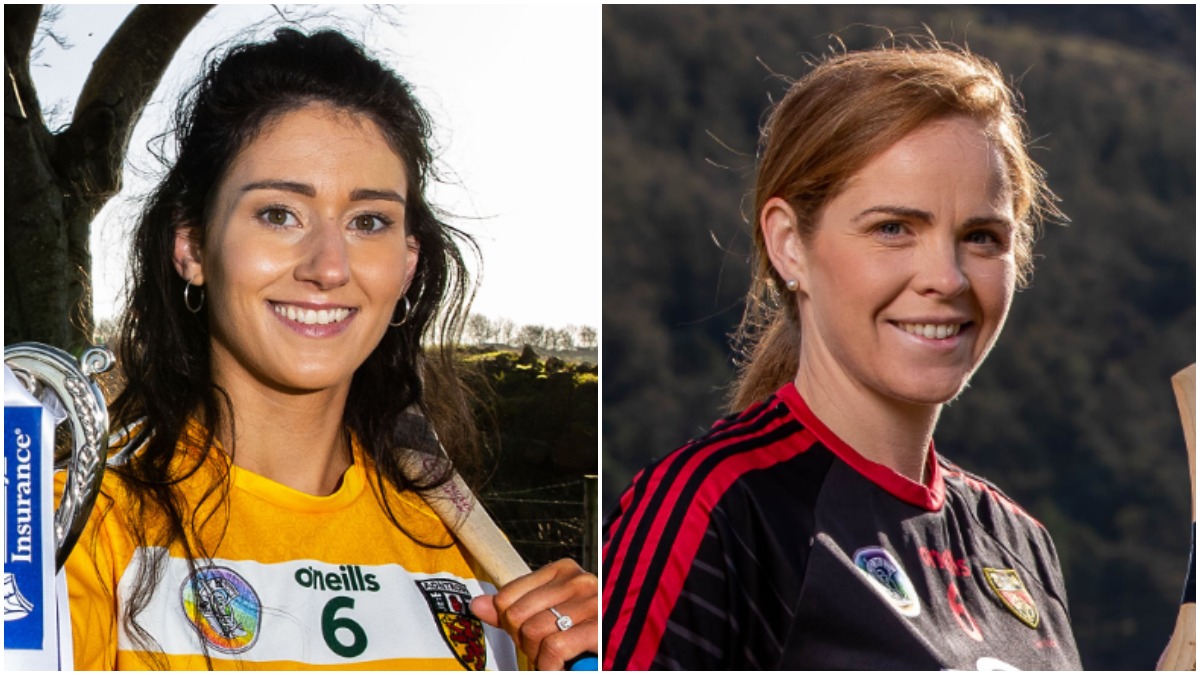 These two Ulster sides have been by far the most consistent teams in the Intermediate Championship to date, so it is no surprise that they are the last two standing to contest the honours.

Both teams are undefeated heading into the decider, so to lose only one game in the Championship at the final hurdle will be a very difficult blow to either team.

Antrim may possibly have fallen in love Inniskeen Grattans GAA grounds as that was the venue for all three of their fixtures in the Championship and has brought them excellent luck to date. However, they will need to reproduce a similar performance this weekend in Kingspan Breffni.

The Saffron County got their campaign off to the best possible start in what was a highly entertaining and a high scoring affair when they face Carlow on the opening day.

Only four points separated the teams at the final whistle, after a nine-goal game that also featured 19 points. The game finished 5-10 to 4-9 in favour of this year’s finalists in what turned out to be the best possible test for the team.

In Round 2 it was the turn of the Royal County to face this formidable outfit that once again produced another efficient display to earn a 1-16 to 2-9 victory over last year’s senior side who would have fancied their chances in the Intermediate grade this year.

After those two impressive victories it secured straight passage into the Semi-Finals where Leinster side Laois were the opponents after they got the better of Kerry after extra-time in their Quarter-Final fixture.

It was just one step too far for Laois as Antrim put them to the sword and claimed themselves a 0-14 to 0-3 victory to advance to the Intermediate decider for the first time since 2011.

Nicole O’Neill was clinical from place balls, while Antrim also found scores from Maeve Kelly and Catherine Dobbin to help them ease to victory. Róisín McCormack and Lucia McNaughton also earned themselves scores for the winners who kept their opponents scoreless in the second-half.

After their efficient and impressive campaign, they will now welcome the challenge of their Ulster counterparts Down who have also showed their strength and experience throughout the campaign to deservingly earn their place in the decider.

Down have gone one step further than their campaign in 2019 having fallen at the Semi-Final stage to eventual champions Westmeath and that experience seems to have bolstered the red and black outfit this season.

Slaughtneil was the venue for the first outing of the campaign as Derry welcomed the finalists for the opening round fixture. The away side got their campaign off to a flyer with an impressive 1-12 to 0-9 victory.

After passing the first test with flying colours Down made the journey to Donaghmore/Ashbourne GAA for their second fixture with Quarter-Finalists Laois. The Ulster side were impressive once again scoring 2-13 to Laois’ 1-8.

After their two victories and like their opponents in the Final, they also secured their place in the last four and awaited the winners of the Quarter-Final match between Derry v Meath with the Royals progressing to face off against them in the Semi-Final stages.

It was a professional performance from the Ulster side, while Meath looked disappointing for a side that came down from the Senior Championship last year. In fact, Down could have moved up further gears if it was required, but Meath didn’t require that from their Ulster opponents.

Six points separated the sides at the final whistle thanks to some excellent scores from the ever-reliable Niamh Mallon and Saoirse McCartan while Paula O’Hagan was on point from a number of placed balls.

The game finished 0-14 to 0-8 meaning another Intermediate Final appearance for this exciting side that last contested the Final just two seasons ago, but will hope that they don’t suffer the same fortunes as that year as they came away from Croke Park empty handed.

The experience they have gained from that Final appearance and their Semi-Final appearance last year will do them the world of good as they head into an all-Ulster affair to see who is crowned the Liberty Insurance All-Ireland Intermediate champions.

2012 was the last time an Ulster side took home the Jack McGrath trophy, while we have to go back as far as 2003 since Antrim last lifted the trophy and even further to 1998 since the last time Down claimed the Intermediate honours.

For one team, the unbeaten Championship run will come to an end, but what colours will the winning ribbons be this time around?