CAMOGIE: Antrim too strong for Kerry to reach Inter semis 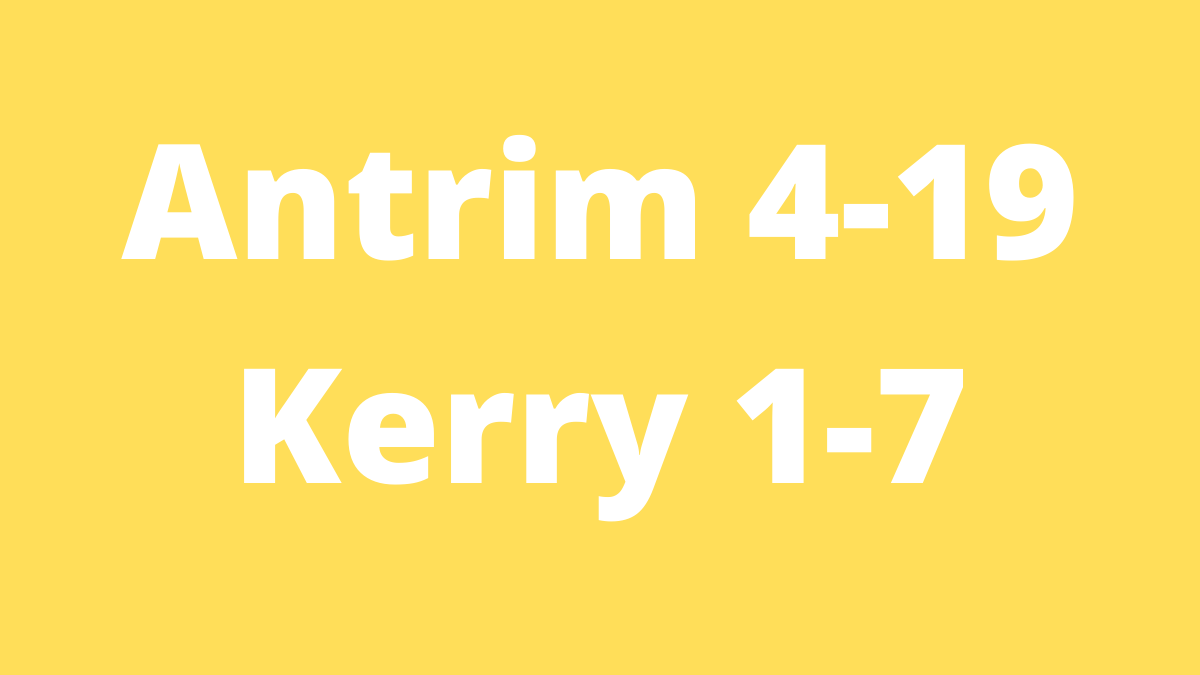 Antrim finished strongly in the final quarter with two goals from Caitrin Dobbin and Ciara Laverty to put a one-sided look to the scoreline that was a trifle unfair on Kerry, but there was no doubting the Saffrons’ superiority as they marched to the All-Ireland intermediate camogie semi-finals by 4-19 to 1-7 at St Rynagh’s GAA in Banagher.

Róisín McCormick did much of the damage early on, driving in two goals and adding five points to keep Kerry at bay, after Kerry had started well with a couple of pointed frees by Patrice Diggin.

Carlow retained their intermediate status but they had to withstand a magnificent second-half rally by Tipperary before doing so by 2-19 to 3-11 at the John Lockes grounds in Callan, the Premier County’s second string outfit now making the drop to the premier junior grade next year.

A Ciara Kavanagh goal sent Carlow on their way and with Kate Nolan on fire and Caoimhe Cody and Ciara Quirke also on the mark, they were 1-14 to 0-4 ahead at half time.

Tipp threw everything at their survival effort after the resumption but Carlow had built up too much of an advantage.

In the All-Ireland premier junior quarter-final, champions Armagh kept their bid for a two-in-a-row alive with a hard-fought 1-16 to 3-8 win over Limerick in Kinnegad.

The Shannonsiders hit the front nine minutes from time when Valerie Shanahan sent a bullet to the Armagh net but Ciara Donnelly showcased the pinpoint accuracy that had been a feature of her free-taking all day to edge her side back in front and hold out in the final, nailbiting moments.

In fact they had led by two goals at one stage in the first half but Armagh had the greater scoring threat once they settled, and crucially, in Donnelly, had a player capable of punishing each and every disciplinary indiscretion. This was to prove significant, in the end.