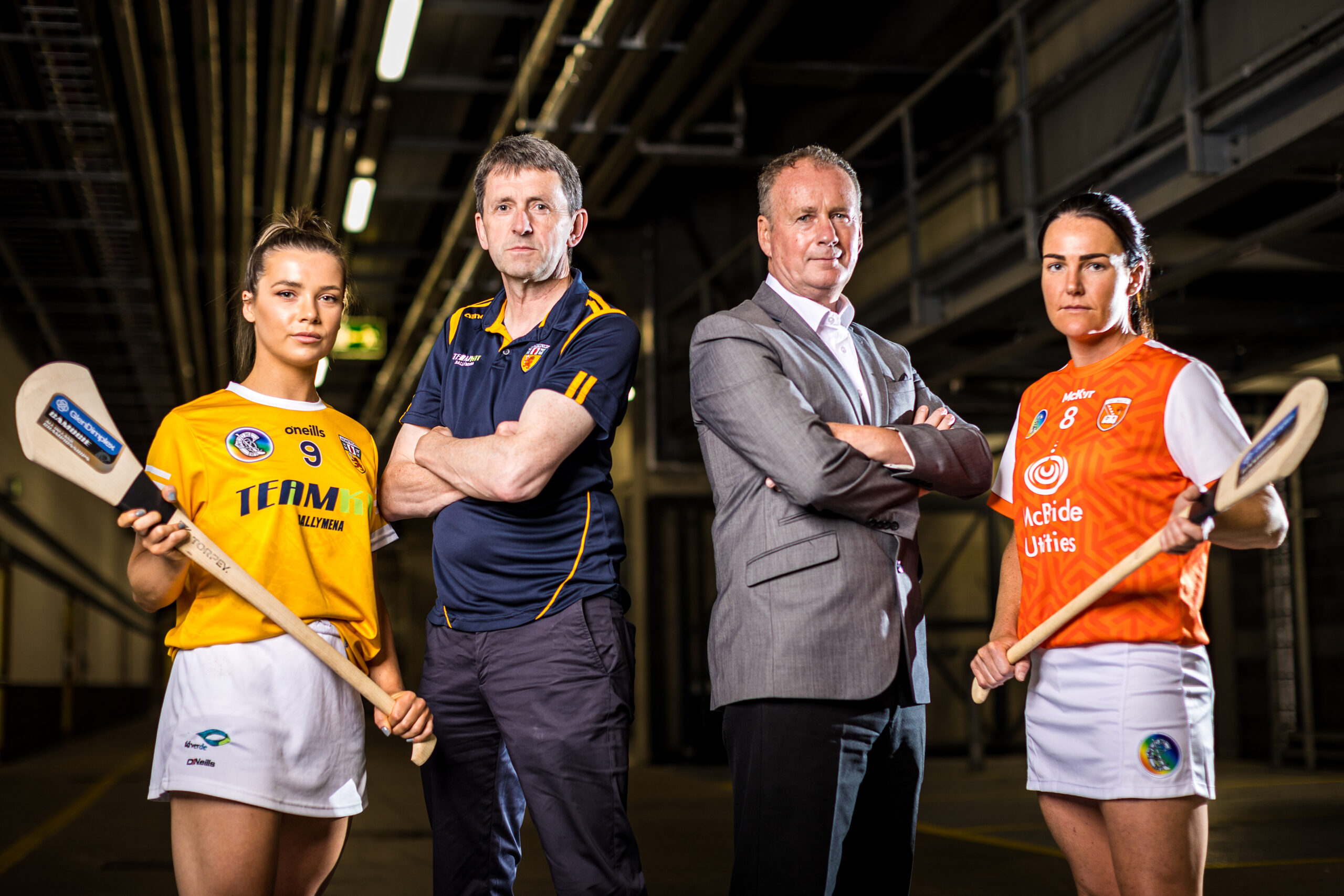 Not too many were expecting an appearance in the Glen Dimplex All-Ireland Premier Junior decider to be on the cards when Antrim decided to establish a second team to provide a pathway through the senior side.

Indeed there fears in some quarters that it would prove a deflating experience for the younger players in particular, if they were to suffer some chastening defeats. Those fears have long since been assuaged and after one of the most dramatic games of camogie we are likely to see this year, they are now a game away from gaining possession of the Kathleen Mills Cup for the third time in the county’s history.

In contrast to Antrim, Armagh began the season as favourites, having landed the spoils for the second time 2020 and then giving best only to a very strong Wexford unit by just three points last year. They cruised through the group stages, recording facile victories over Limerick, Down and Roscommon. The fourth game was a completely different matter altogether though.

Antrim, who were unbeaten from two games at that stage, welcomed the Orchard County girls to Dunloy and though they fell two points short in the end, the display confirmed the belief that they were real contenders.

After an easy victory over Limerick, Antrim then faced Clare, who had topped Group 2 and it took a Megan McGarry point in the second half of a second period of extra time to separate the sides. Armagh’s path was a little less arduous though Cavan did give them a scare before a goal and three points from former Cork star Jenny Curry (née O’Leary) after her switch to full-forward broke the Breffni resistance.

There is an added element of intrigue to this encounter in that Jim McKernan, a long-time Antrim legend, who stood down as joint manager of the Saffrons with Paul McKillen after senior status was secured with intermediate glory last season, now returns to Croke Park in opposition to his native county, and to the joint managers, Brian Kearney and Mark McFadden he knows so well.

The game will be won out on the pitch, of course, and both sides possess talent capable of turning a game. Curry has proved a significant addition to the Armagh ranks, after having two children since retiring from the inter-county game after Cork’s All-Ireland senior success in 2014 when she scored a key goal. In the likes of Ciara and Leanne Donnelly, and mother-of-three Michelle McArdle, Armagh already possessed game-changing talent and with the wealth of experience they have built up in recent years, will be tough nuts to crack.

But Antrim are riding the crest of a wave and even having lost a couple of players to the seniors – which is their ultimate raison d’être – must know that they are not far away from what would be a famous victory in the county’s storied camogie history. Dervla Cosgrove scored 1-9 when the teams last clashed and is a real goal threat as well as being good from placed balls, having also bulged the net against Clare. Emma Laverty and Bríd Magill are others they will look to, to keep the scoreboard moving. It promises to be enthralling.