CAMOGIE: “As Roy Keane says, you don’t pat the postman on the back for delivering the post” – Kilkenny’s Anne Dalton 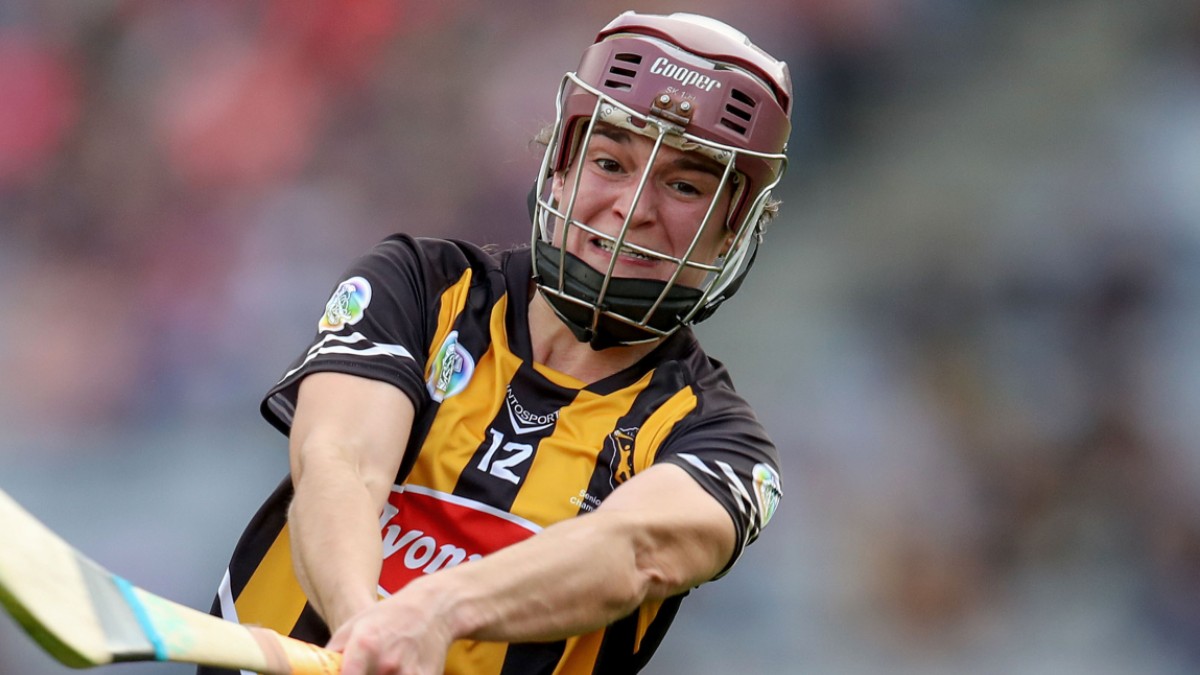 Having three young children at home under the age of two ensures that Anne Dalton has had plenty to occupy her in the build-up to Saturday’s Liberty Insurance All-Ireland Senior Camogie Championship Final.

Now 32, the Freshford star has her place in the annals of her sport long sealed, enjoying the ultimate success with both county over half a lifetime, while also suffering desperate disappointment.

Her partner, the former Waterford All-Ireland winner Karen Kelly gave birth to their eldest, Tadhg, at the beginning of August 2018, a fortnight before Dalton provided a trademark tour de force as Kilkenny defeated Galway in the All-Ireland Semi-Final.

That season ended in a one-point defeat to Cork but the St. Lachtain’s ace was named Camogie Association/WGPA Players’ Player of the Year as she collected her sixth All-Star.

The heartbreak of a third consecutive decider defeat in 2019, this time at the hands of Galway, quickly evaporated with the birth of twins Ada and Seán at the beginning of November.

The demands might seem considerable but Dalton has never been one for moaning about what’s required to operate at elite level. And never more so than now.

“With Kilkenny, there are 30-35 of us lucky enough that we get to play Camogie on a weekly basis. Some aren’t that lucky – underage, the Intermediates had to be pulled out of their competition.

“We just have to take every training session, not take anything for granted.”

She acknowledges that Galway deserve to be favourites on Saturday as champions, though Kilkenny have a lot of happy memories against the westerners and are buoyed by their Semi-Final defeat of old rivals Cork.

But Dalton is not one for calling a spade a digging implement and even afterwards, with the result in the pocket, had no issue with the Cats’ pre-match billing as outsiders on that occasion either.

“We were absolutely underdogs going in and if anybody says otherwise, they either don’t know Camogie or they were playing into Cork’s hands psychologically. We knew Cork are a good team with some great players. We knew we were up against it. It just comes down to work rate and thankfully we were able to push it over the line.

“Our defence in the last 15 minutes, they were just coming out ball after ball when balls were raining on them.”

Dalton scored a vital goal in the first half as Kilkenny reeled in an early six-point deficit.

“I remember I caught the ball and I remember thinking, ‘I’m gonna be made fun of now.’ I don’t catch too many balls. Whatever about my goal that was earlier on, Miriam’s (Walsh) goal was more important. That was the difference between winning and losing at the end.

“We’re forwards. We’re there to do a job. As Roy Keane says, you don’t pat the postman on the back for delivering the post!”

Dalton is much more than a forward, of course, and will drop back towards the middle at least for portions of Saturday night’s duel.

She is hopeful that the two-point win over Cork will have brought about considerable improvement, given that it would been a level of competition four or five of Kilkenny’s more inexperienced performers would never had been exposed to.

“We’ve been having great in-house games but nothing compares to Championship and 60 minutes knockout. Its do-or-die, if you don’t perform, if you don’t put in a shift and win, you’re out. That’s it.

“With COVID, we can’t get the challenge matches. They went 1-3 up and I reckon that we were maybe a bit cold coming into it but we got to grips with the game.”

That they have lost the last three Finals since getting their hands on the O’Duffy Cup in 2016 is of no relevance to the impending battle, Dalton insists.

“I think the media play into this, we’ve lost so many. But when we’re there, we only think about 2020. If we thought about any other year, you’re thinking about the past and that’s no use to you when you go out on the pitch.