CAMOGIE: “At the end of the day it’s a hobby and you’re playing camogie because you love it” – Linda Collins 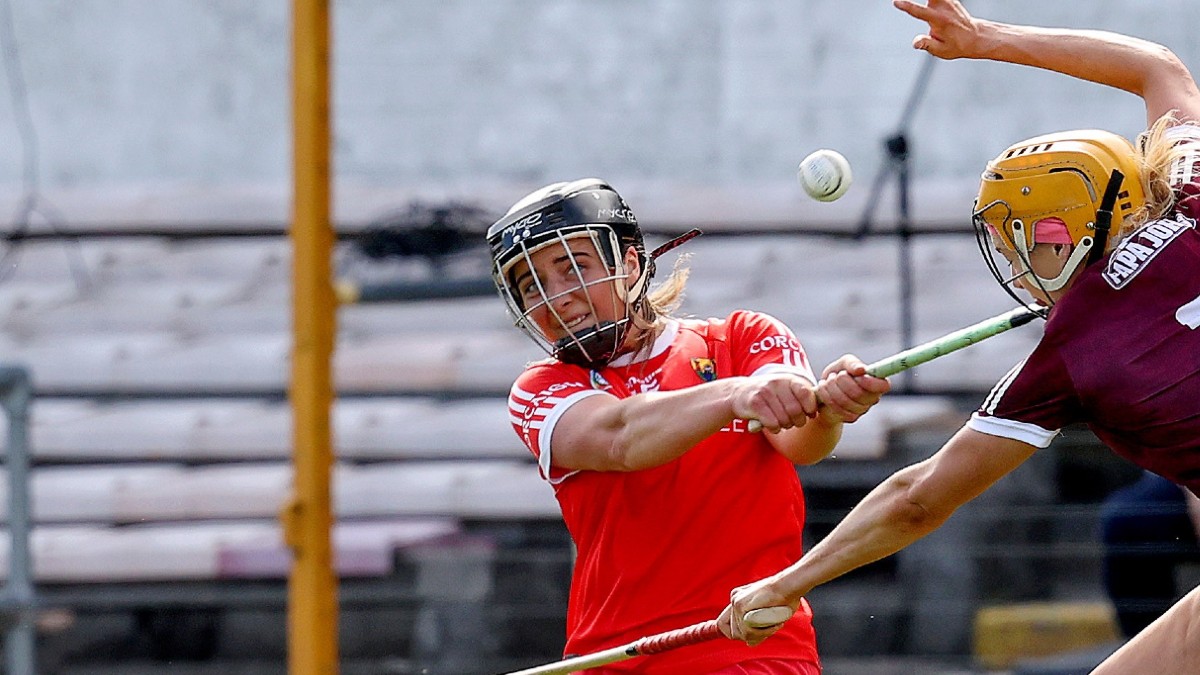 Listening to Linda Collins speak, you get a sense that captaincy rests easily on her slim shoulders. A teacher at Summercove National School in Kinsale, she is a naturally good communicator who you don’t get the impression of as being one for over-animation or histrionics.

Common sense is the default setting and allied with a ferocious workrate as well as ability to produce on the pitch, makes her a perfect candidate for the armband.

A key trait too is the healthy mindset surrounding the game, which means that she can separate the duties of captaincy, including the slew of media engagements, from the game. This is not someone who will be wasting mental energy worrying about how an article is going to read.

But then she won’t be stressing either about what will unfold from 4pm tomorrow either in the All-Ireland senior camogie semi-final against Kilkenny at Croke Park, which is part of RTÉ 2’s televised double-header with the first semi involving Galway and Tipperary.

This is developed through experience rather than inherited but it has led to an upsurge in performance, which only confirms and cements that approach for the Courcey Rovers attacker.

In a previous interview with this writer three years ago, Collins spoke about the periods of doubt that that had dogged her in 2017. A three-year minor who was involved in two gut-wrenching All-Ireland final replay losses at that grade and also played in two intermediate decider defeats, she was part of the senior squad that claimed ultimate honours in 2015 and 2017 but peers such as Amy O’Connor, Orla Cronin, Libby Coppinger, Laura Treacy and Hannah Looney had become established members of the team.

She concluded that she was getting in her own way. Not backing herself and thinking about all that might go wrong rather than focusing on a that visceral love for camogie that existed ever before lining out for Cork on Jones’ Road was a consideration.

The proof was in the intermediate final in 2016, when a broken thumb almost ruled her out. Collins missed loads of training and didn’t get worked up about the game because she wasn’t expecting anything of herself. Although the Rebels fell short, Collins was named player of the match, scoring 1-5 in a brilliant display. Her mind had set her free.

Armed with this new weapon, Collins was greeting the dignitaries as a starter in the 2018 decider and that third Celtic Cross is undoubtedly the sweetest as a result.

Moving forward three years and it is evident that the bright and breezy Collins remains wedded to a more chilled out approach to her sport, without ever compromising on her desire and commitment.

“I don’t mind being captain at all,” Collins declares. “It’s just a title really in one sense. It’s obviously a great honour and achievement for my club and my family. I am privileged to have it. But I don’t feel any added weight or any added pressure because I just feel there are so many other leaders on the team like Laura Treacy and Ashling Thompson and people like that. There is different things like this (interview) now as well that I would have more to do on the weeks of championship but I am just going out and doing my job that I do every day and the girls around me make it so much easier as well.

“I feel I am very relaxed and I am really enjoying playing camogie at the moment. And I just love going out pucking the ball off the wall and meeting the girls at training and everything. Just doing your best when you are there. I feel like you kind of learn this when you get older. I am only 24 but I suppose I have been on the panel now since 2015. But you kind of learn that at the end of the day it’s a hobby and you are playing camogie because you love it. It’s so enjoyable at the end of the day.”

It was Courcey Rovers’ historic county final success over previous champions Inniscarra that has provided her with the captaincy, on an occasion when she scored a goal and five points, Fiona Keating delivered the knockout punches with 3-2 and their fellow Rebel Saoirse McCarthy also raised a green flag.

“It was honestly the best feeling in the world. We had never won a senior championship… The whole parish was just buzzing for weeks after. Pity we couldn’t celebrate it like we should have been able to. And I suppose it brought us back to just enjoying camogie and playing camogie with the people that you grew up with., the people that you played Sciath na Scol and primary school camogie with.”

There was a time when such an enormous occasion might have weighed her down. The same with leading Cork out at Croke Park. Now, she embraces it, stripping it all back to that joy in playing and will remind her teammates that have never lined out at Headquarters, that it is nothing to get hung up on.

“These big games, people can get overwhelmed with them. But at the end of the day you know you are going out onto green grass and you are playing with a white sliotar. You maybe don’t know, as a forward, who’s marking you. That is probably the only thing you can’t control. But other than that, we’re playing camogie because we enjoy it and we started because we love to play the sport. It’s just reminding yourself of these things before you play game and just go out and absolutely enjoy it because you never go back and regret enjoying a game. Just do your very, very best on the pitch. There is nothing more you can do after that.”

“Some of our younger girls have played there with the intermediates and minors but still a good few haven’t. What I keep just telling them is go out, embrace it all, take it all in because it is such a privilege to be there… some of them would be saying that they were watching the Mackeys (twins Katrina and Pamela) playing years ago. They would be joking about that they were only ten when the Mackeys were on the team. So the poor Mackeys get an awful doing!

The panel has undergone a significant change in recent years. The recently-married Gemma O’Connor was the latest to call time on a legendary career, but Orla Cotter, Aoife Murray, Briege Corkery and Rena Buckley have also departed in recent years. One key member of the backroom set-up has returned, however. Esteemed coach Kevin Murray – All-Ireland-winning hurler and brother of manager Paudie and former netminder and All-Ireland-winning captain Aoife – is back in the fold and Collins is delighted.

“Kevin is brilliant. His trainings are just new level. He doesn’t like cones laid out or anything. I just love training under Kevin because you come out of training and you are not only physically wrecked but you are mentally wrecked from trying to make decisions on the ball and trying to figure out the drills in different conditions. No, he definitely challenges you. And they’re really enjoyable.

“And he is so helpful. He will always give feedback. If you need help, he is there for you. He trusts in his players as well… he trusts that we will be able to make our decisions too which is good.”

Despite being in transition, Cork have only been a point off the eventual winners in the last two All-Ireland semi-finals and took Galway to extra time in the League semi-final in June. It might be tempting to think about lifting the O’Duffy Cup on September 12, nine days before celebrating her 25th birthday but that’s not Collins. It would also be foolish, with the champions standing in their way of even lining out.

“We haven’t been able to finish out games in the last few years. So I suppose we would try and focus and actually take each quarter now as it is. The water breaks have it broken down like that, each quarter and just keep pushing on. It’s going to be a tough game against Kilkenny, we have no doubt about that. I feel the game last weekend will definitely benefit them after us having four weeks now of a rest.

“It will be good now for us to actually get a game and hopefully it won’t take us long to get going. We’ve had a few injuries, niggles and stuff, in the last few weeks. But hopefully now they will come right and things will come together on Sunday. We will just be looking for a performance more than anything else. We are there and thereabouts. Just hopefully we will be able to push it on now this year a bit more.”