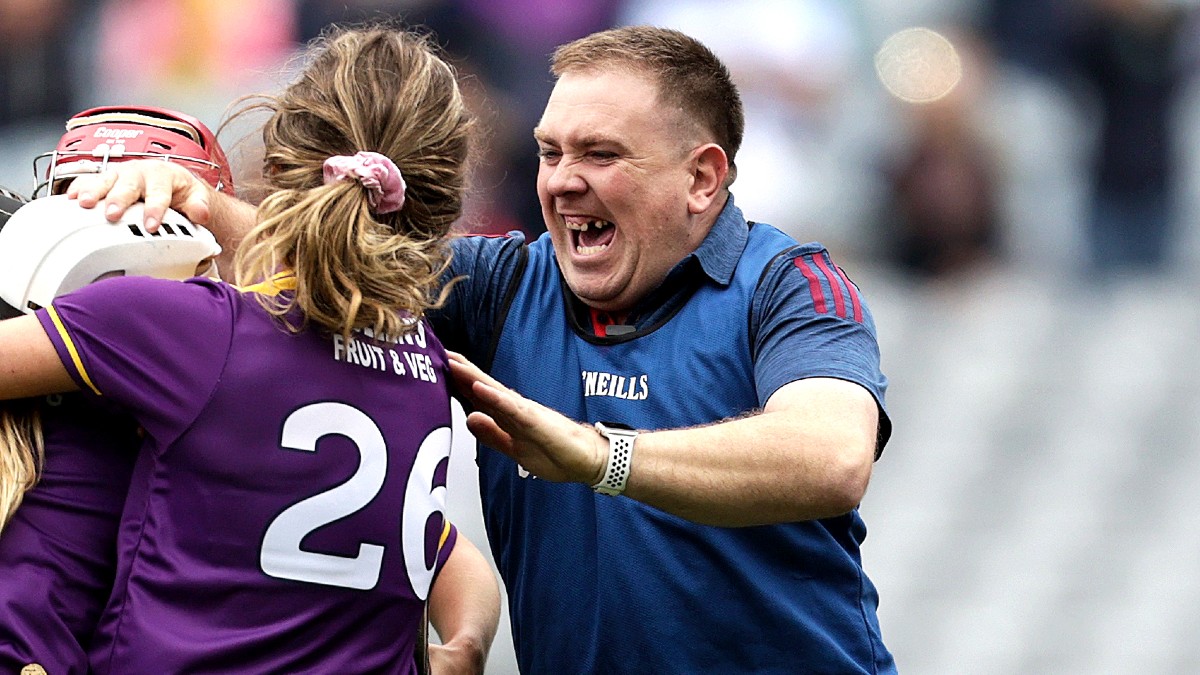 Wexford manager Alan Brennan felt that superior fitness was what got his players over the line against a defiant Armagh to return to the intermediate grade at the first attempt as All-Ireland premier junior camogie champions.

It was the fourth time this year that the Yellowbellies had gotten the better of their Ulster rivals, including in the Division 3 League decider, but there had never been a whole lot between them and this was no different.

Both sides had periods of ascendancy, but Armagh were over-reliant on their majestic captain Ciara Donnelly for scores, the centre-forward shooting ten points.

While Chloe Cashe hit seven for Wexford, she had more support, with five teammates also finding the target.

It was 1-8 to 1-6 at half-time, with both goals of the fortunate variety, Eimear Smyth’s shot somehow eluding Wexford goalie Lara O’Shea before Nicola Woods unfortunately put into her own net.

Wexford could have had at least four goals in that first half but Armagh finished well and when Donnelly landed the first three points of the second half, they were in front.

But they couldn’t kick on, and instead, as the sides were level with nine minutes remaining, it was Brennan’s team that provided the last three points from his sister Aideen, sub Muireann Fitzpatrick and Cashe (45) to get the Model County’s name on the Kay Mills Cup for the first time.

“It’s a great feeling,” said Brennan. “We’re finally there. I thought that final whistle would never blow. I was getting very nervous. But we’re All-Ireland champions at the end of the day and that’s what we set out to do.

“The final quarter, we showed in all our games, we finished strong. Our fitness has been superb. The girls are in tip-top shape. Our nutritionist Robyn (Murphy), our strength and conditioning coach Darragh (Reddy), they have them in great shape. It showed in the end we were the fitter team and we were able to drive on.

“We could have been ten points up at half-time. We could have had three or four goals, we didn’t take our chances. But it’s an All-Ireland final, nerves probably got to them a bit. We got the scores when we needed them.

“All our big players stood up today. There was no one played bad. A few girls probably got tired and we took them off. You need a big squad if you want to win games and that’s what we have, thank God.”

It was no surprise that Armagh boss, Mattie Lennon exuded pride following the efforts of his own charges.

“I thought we gave a great performance,” Lennon opined. “We just ended up a wee bit short in the end. It was nip and tuck all day. We were on top sometimes, Wexford were on top sometimes but unfortunately Wexford got a bit of a golden spell towards the end and we just didn’t get back in time.

“Overall I can’t fault the team, the performance, the attitude. The commitment was there from minute one. You can’t ask any more than that. You ask players to go out and do their best and give their best and that’s what they did.

“We played four very close matches and there was very little between the sides. But that’s life. We played very well today I thought. There were spells we were well on top but Wexford are a very good side. It’s small margins, one puck of the ball and unfortunately today, we were on the wrong side of it.”

For Brennan and his players though, this is just a step on the overall path of Wexford’s return as an elite camogie county.

“They got relegated out of intermediate two years ago. When I came in, I said it was my job to get them back up. We’re there now. We didn’t get to play last year at all (due to Covid). It’s pretty much the same squad, we’re All-Ireland champions now and we have to drive on.

“We’re rebuilding in Wexford, first All-Ireland since 2012 and for a county like Wexford, that’s not good enough. We need to be winning All-Irelands year-in, year-out and hopefully that’s the start of the rebuilding process now.”