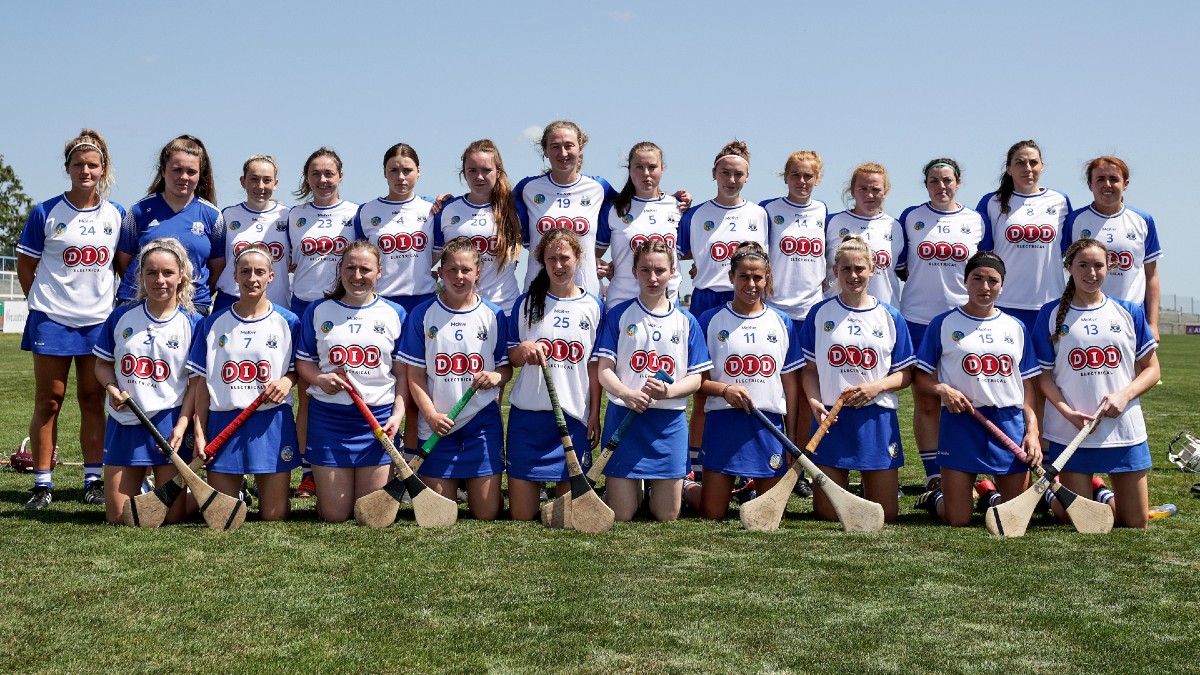 A pointed free in the sixth minute of injury time by Beth Carton rescued a 0-16 to 0-15 victory for Waterford at Walsh Park and denied Down a famous result after an outstanding performance in sweltering heat on the Mourne side’s first All-Ireland Senior Camogie Championship appearance for 22 years.

It was a redemptive strike for Carton, who missed an opportunity at the death last month to force extra time in the Division 1 League relegation play-off and the De La Salle woman was not found wanting on this occasion as she made no mistake from the late opportunity.

Of course Carton has delivered time and again for the Déise and she clocked up nine points in this Group 2 tie, with her long-time attacking sidekick Niamh Rockett weighing in with six from play in real leader’s performance.

Down did not wilt despite the onslaught from the two All-Stars though and in fact when Niamh Mallon shot the eighth of her nine points, Derek Dunne’s team led by four with seven minutes of normal time remaining.

Last year’s intermediate victors and current Division 2 League titleholders looking extremely assured form the outset, Mallon slotting two points from play and adding a third from a placed ball before Rockett could get Waterford off the mark after 11 minutes.

It was 0-8 to 0-6 at half-time but when Sorcha McCartan arrowed a sideline over for a two-point return and Aimee McAleenan supplemented it, the margin was four. And that was how it was still when Mallon responded in kind to a Carton double.

Waterford had been profligate in front of the posts but their big two dragged them ahead, only for Mallon to arc over a stunning equaliser over her right shoulder to level with time almost up. Carton caught Brianna O’Regan’s puckout however, and when Justin Heffernan decreed that Caitriona Caldwell had fouled Rockett, a decision contested vigorously by the Down contingent, Carton had the easiest opportunity to snatch the spoils.

In Group 3, All-Ireland and League champions Kilkenny were made to sweat by Clare, who proved no respecter of reputations before eventually having to give way by 0-22 to 0-16 at Sixmilebridge.

Chloe Morey knows every blade of grass around the ‘Bridge and it showed as she racked up 11 points for the hosts. Reigning player of the year, Denise Gaule weighed in with ten for the Noresiders however, and had a superior supporting cast, Katie Nolan hitting three early points and finishing with four, and Katie Power offering evidence of her enduring class after a horrific run of injury with a brace.

The foundation for the triumph was laid in the opening quarter, at the end of which they led by the final margin, 0-8 to 0-2, as Gaule converted a free. Clare outscored their opponents in the remaining period to half-time however, five points from Morey making it 12-8 at the interval.

That was as close as Ger O’Connell’s crew got though, Gaule, Power and Mary O’Connell finding the target in the championship quarter to open a nine-point lead. Clare finished well, Morey and Becky Foley raising white flags but Brian Dowling’s side had the damage done by then.

Elsewhere in the group, last year’s beaten finalists and recent League runners-up Galway cantered to a 3-16 to 1-5 victory over Westmeath at Kenny Park. Cathal Murray made a number of changes with some stellar names on the bench including Niamh Kilkenny and Sarah Dervan but Westmeath are in a rebuilding phase under new boss Darren McCormack, the legendary Pamela Greville having retired along with former captain Mairéad McCormack and Denise McGrath.

The visitors held their own early on and trailed by just three points after ten minutes, Carrie Dolan slotting a pair of frees and Catherine Finnerty also hitting the target.

When Aoife Donohue goaled just before the water break however, it sparked a flurry of scores upon the resumption, Ailish O’Reilly, Dolan, the industrious Niamh McGrath and her sister Siobhán all splitting the posts before Donohue grabbed her second major. Hannah Core and Megan Dowdall were on target for Westmeath but they trailed by 2-8 to 0-3 at the interval.

The manner in which they contested the early part of the second half attested to a cause for optimism through the current transition, as Core goaled and the Lakesiders also had a penalty saved.

But Galway have an array of firepower the envy of most counties and with more gaps appearing as the opposition tired under the draining sun, Noreen Coen nabbed a third goal.

A 67th minute goal from a penalty by Chloe Foxe gave Wexford a dramatic and hugely significant 2-12 to 1-13 win over Limerick in Newcastle West. Fortunes ebbed and flowed as each side held the upper hand on occasion but just as the Shannonsiders thought they had chiselled out the hardest of earned wins, Foxe shook the rigging and it was Wexford’s day.

A Caoimhe Lyons goal edged the home team ahead at the break, 1-5 to 0-6, Foxe’s accuracy keeping Kevin Tattan’s outfit well in touch. They edged ahead in the second half with Katrina Parrock goaling 20 seconds after her introduction, but a Caoimhe Costelloe point left it delicately poised at the second water break, 1-9 apiece.

Remarkably, the scoring rate increased in spite of the pressure and the searing elements. Points from Rebecca Delee, Costelloe and Sinéad McNamara moved Pat Ryan’s charges two ahead but there was a sting in the tail, delivered with venom by Foxe.