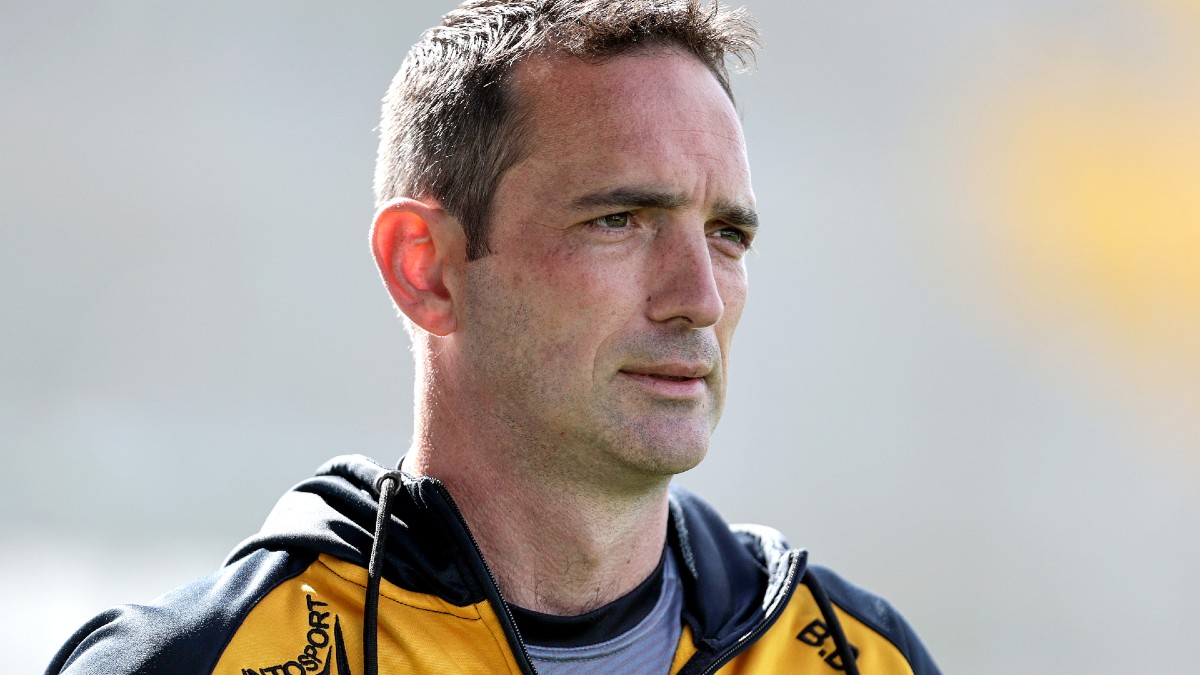 Kilkenny have had the cut of a curate’s egg about them this year, mixing the sublime with the very ordinary at times and if it would be pushing it too far – overegging it even – to suggest that their 3-19 to 1-12 All-Ireland quarter-final triumph over Wexford was in that category, their levels of performance did drop considerably in the second half after a stunning opening stanza.

The Leinster rivals deserve a portion of the credit for that, as they clearly increased their intent in contact, perhaps playing with less fear with the game well gone by half-time, at which stage they trailed by 2-13 to 0-6 having played with the very strong wind into the Railway End.

Faced with the possibility of enduring a mortifying hiding on live television, they more than held their own in the second half, driven forward by Áine Lacey and with Sarah and Ciara O’Connor, Chloe Foxe and substitutes Katrina Parrock and Leah Walsh also showing well.

The champions’ boss, Brian Dowling wasn’t overly concerned though, recognising the natural tendency to drop off when so far in front. And he had the satisfaction of the opening period to look to, unquestionably the best his side had played this year, even as they ended up the spring with a League title.

It looked like a training session at times as Wexford were all at sea confronted by a swathe of runners. With Davina Tobin sniffing out all danger at the other end of the pitch and their passing crisp, they were merciless when presented with scoring opportunities.

Goals came from Aoife Doyle and Mary O’Connell and Katie Nolan was in party mode at centre-forward, helping herself to three points.

Denise Gaule finished with 1-6 and was excellent at midfield, not allowing an unusual middling day from placed balls impinge on her all-round contribution, but Kellyann Doyle went off injured in the first half with a shoulder injury and Miriam Bambrick was shown a straight red card just on the hour, giving Dowling some food for thought.

“We were very happy with the first half, especially the first 20 minutes and they were probably the best 20 minutes we played all year but we dropped off a bit in the second half,” said Dowling

“That happens when you’re far ahead but it’s something we have to work on because if that happens in an All-Ireland semi-final we’ll be out of the championship fairly quick.

“In fairness to Wexford, they came out and upped their intensity big time. They put it to us. We’re disappointed with the second half performance but we came down to win a quarter-final and won by 13 points so we’re more than happy to be going home to Kilkenny looking forward to Sunday with a lot to work on as well.

“We wanted to start well. We felt if we let Wexford get a run on us at the start it would get them a lot of confidence. We haven’t been starting well in many games this year but in fairness to the girls, we started well, got the two goals and Steffi Fitzgerald was in for another one. So we were happy with that.”

He was hopeful that Kellyann Doyle might be available for the mouth-watering semi-final clash with Cork at Croke Park.

“It’s a shoulder injury. Maybe she might be okay next week. We’ll have to assess the next day or two. I thought it sucked the energy out of us because Kellyann was having a super game and everything good we did in the first half was coming from Kellyann making runs through the middle which she’s brilliant at. For her own sake, she’s after having a lot of serious injuries over the last couple of years so please God she’ll be okay.”

He professed to not having seen the incident that led to Andrew Larkin giving Bambrick her marching orders but would look to see if it was captured on video before deciding on whether to appeal or not.

Much of the pre-game commentary centred around the appearance of Anne Dalton as sub goalie, after the legendary two-time Player of the Year had retired in the wake of the All-Ireland success last December. Dowling explained how it came about.

“Emma (Kavanagh) unfortunately got a serious knee injury two weeks ago in training. We needed a back-up goalkeeper. Anne is back in the panel for the moment. That sums up Anne. She hasn’t played anything since the All-Ireland in December. In fairness, she said, ‘I’m not going to leave Kilkenny camogie down,’ so that just sums her up. That’s the character of Anne.

“She’s after giving everyone a lift in the dressing room. Anne is a different kind of character around the place and she’s a role model for the girls. Emma won’t be back next week so Anne will be there again next week.

“The intermediates are in the All-Ireland semi-final so we didn’t want to take a player off them. It was Ray Challoner mentioned it first. I thought maybe she wouldn’t come back but we said we’d ask her and see and she said yes straight away. I told her she could get in free to matches and all now, so that sealed the deal!

“She’s not a goalkeeper or anything like that but she’s good hands and she’s confident and you need to be confident playing in goals. In fairness,s we’d be hoping she doesn’t have to play and we’ll be wrapping Aoife up in cotton wool now but if we need to throw in Anne I’ve no doubts that she’ll do a job.”

His Wexford counterpart, Kevin Tattan was understandably downbeat about the level of his charges’ first-half output but enthusiastic in his praise of the second-half effort. He explained the decision not to start Parrock, the four-time All-Ireland winner who returned to the fold this year and scored a goal when introduced in the second half.

“We were hoping that she’d be able to have an impact but the problem we had is that we weren’t in the game at that time but I think she did have a really big impact in terms of retaining possession when we got the ball into the forward line,” Tattan noted.

“It was great to get her on the field as she’s a credit to herself in the way she has represented Wexford over the years.”

The Cork native, who had suffered defeat on the pitch with his club Russell Rovers in the lower intermediate hurling final just a good puck of the sliotar up the hill in Páirc Uí Rinn earlier in the day, had particular plaudits for full-back Lacey, who remained a stubborn force throughout.

“When you talk about great characters, Áine is a really good hard-working person. She’s been troubled more than eight weeks with an ankle issue and been fighting through the pain and she did it again today. It would have been easy in the full-back line to step off but I thought their attitude was incredible to keep on fighting for the team.”

Tattan was non-committal about his future, though clearly Wexford will be doing all they can to persuade him to stay on. Whatever happens, he sees the progress continuing.

“This team is on an upward growth. There’s huge potential there for them. We keep saying all they need to do is stick together, believe in themselves, they can go a long way. I think they can definitely close that gap.

“Sometimes it’s just learning the game more. Last year we had to start with the basics and we’re trying to layer it all the time. It’s very hard to get to that level of self-organisation, of knowing what to do at the right time, based off what your teammate does, based off the state of the game. There’s a lot of things to learn and you’ve a short period of time to learn them.

“There’s definitely going to be more growth in this team. All we want to do is see where our ceiling is at and I don’t think this team has reached their ceiling yet.”