CAMOGIE: Cats come back from the dead to clinch All-Ireland Final Place 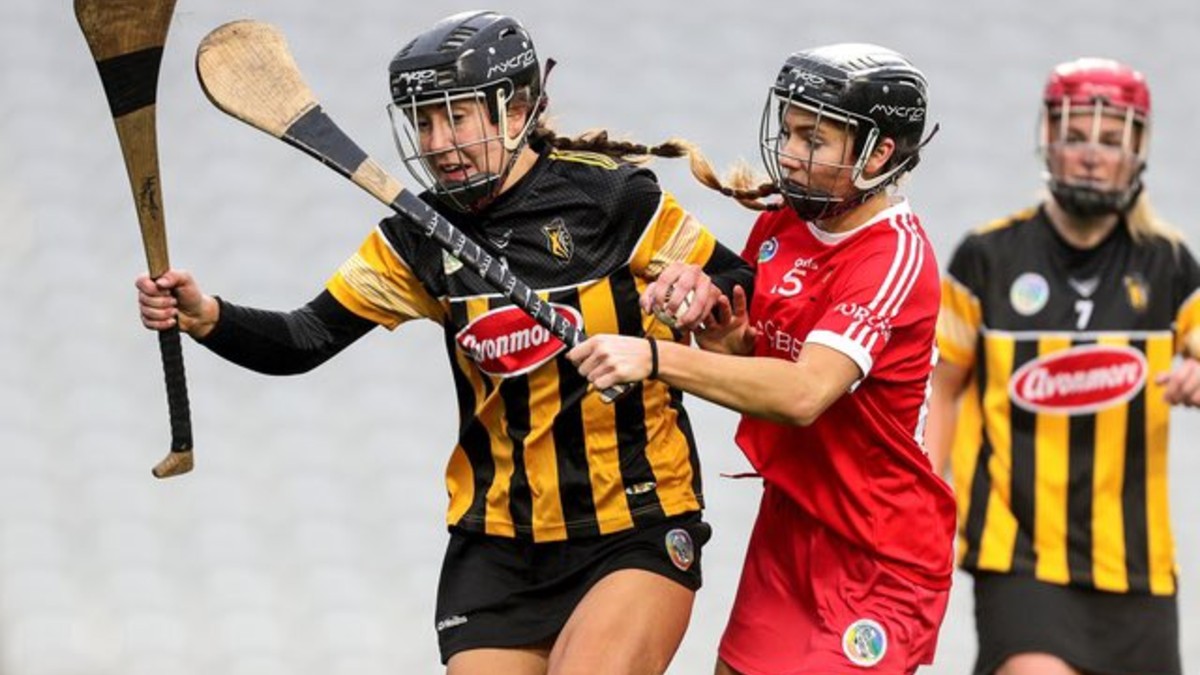 Goals from Anne Dalton and Miriam Walsh, and a doughty defensive effort in the final quarter especially enabled Kilkenny recover from an early six-point deficit to record a fantastic victory over old rivals Cork and seal a place in the Liberty Insurance All-Ireland Senior Camogie Final.

Cork were lightning from a bottle early on, winning a free from the throw-in that Chloe Sigerson drove over and by the eighth minute, they were leading by six, Gemma O’Connor, starting having missed out on the earlier stages of the competition with a punctured lung, drilling a goal after Katrina Mackey soloed through the middle and fed the St Finbarr’s star.

Mackey found oceans in space through the centre and that was a common theme in the opening quarter, as the Rebels patiently worked it out of defence, drew players and capitalised on the movement of centre-forward Orla Cronin to draw Meighan Farrell out to the flanks.

Kilkenny were on the ropes and needing something. They appeared to be galvanised by a piece of dogged defending by Michelle Teehan, who dispossessed Laura Collins and was fouled coming out with ball. Soon after, Mary O’Connell launched a stunning point from wide on the left and Anne Dalton followed up with an equally impressive score.

Mackey hit back after again being found in splendid isolation inside the opposition 45 but Kilkenny shot four of the next five points, Gaule converting three frees.

O’Connell added her second from the opposite flank to her first as the constant rotation of the Kilkenny attack appeared to cause confusion in the Cork defence and only some poor shooting prevented Brian Dowling’s side from being closer.

What’s more, their ability to gain a greater share of possession prevented the Rebels from finding the spaces as much, and the decision to persist with Farrell and Davina Tobin following Cronin and Amy O’Connor everywhere eventually paid off.

They were really motoring though when Dalton grabbed Gaule’s long-distance free and rifled to the far corner of the net in the 28th minute to take a lead that appeared improbable when they got off the mark 16 minutes earlier.

The teams exchanged two points apiece and it was 1-8 to 1-7 at half-time, a scoreline that Dowling must have been ecstatic with given his charges’ somnolent start.

It got even better for the Noresiders three minutes after the resumption when Miriam Walsh timed her run from deep onto an Aoife Doyle pass perfectly, carried, took the hit from Pamela Mackey and drove to the net.

To add salt to Cork’s wounds, who had begun the half with a pointed free by Cronin, the defensive Mackey was forced to depart the fray a little while later with the injury to her left shoulder or collarbone area.

A pointed free by Gaule in the 43rd minute put four between the sides but Kilkenny appeared to withdraw into their shells and failed to score for 21 minutes, though Cork deserve credit for finding another gear.

Cronin wasted a couple of good chances from frees before Katrina Mackey pointed but that was a spurned goal opportunity as the Douglas speedster was facing the posts when gathering possession just outside the semi-circle, with only Collette Dormer between her and the whites of Aoife Norris’s eyes, and more significantly, Gemma O’Connor to her right. It was a two-on-one but Mackey chose to tap over.

Thompson and Sigerson, the latter with a fantastic score, reduced the margin to the minimum but Cork couldn’t draw level as the Kilkenny defence performed heroics and Aoife Doyle attracted a late foul for Gaule to bring her tally to seven and edge them home.

Kilkenny come out on top in a very entertaining encounter against Cork as they move on to the final. https://t.co/7UrkKcedk5 pic.twitter.com/Oiw6ID8Bxq