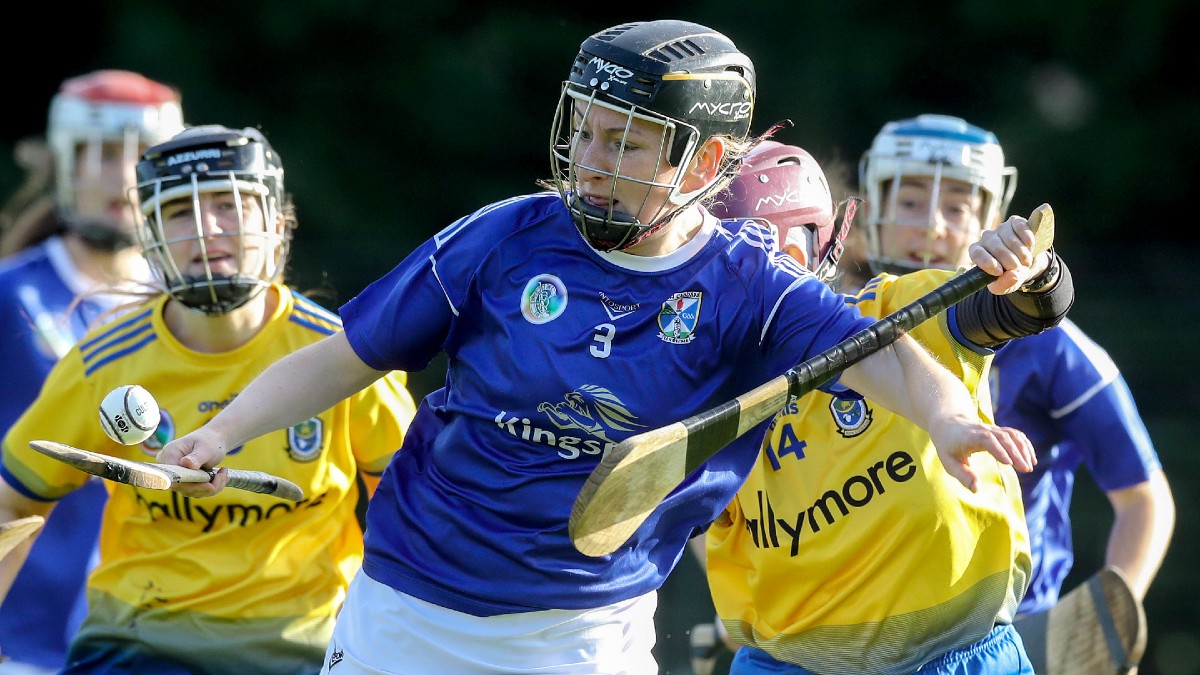 Twenty-twenty has been about stories of strange times and a new ‘normal’ but in Cavan, sailing through unprecedented waters and carving their place in history has been their tale following a decade of despair.

And now they are 60 minutes away from boldly going where no camogie team may have gone before!

Just seven days on from their greatest ever achievement, Jimmy Greville’s Nancy Murray Cup winning side booked a Premier Junior All-Ireland final appearance and will attempt to deny Armagh the Kay Mills Cup next month.

When the Breffni women went down to Monaghan in the 2010 Máire Ni Cinneide Cup Final replay, they disappeared from the championship landscape.  But the blue and white brigade has roared back and two national adult crowns in three weeks are within their grasp.

Greville’s team came into this contest on form following five competitive victories in six this year which included a comprehensive win over the hosts in February.

Roscommon’s winter start wasn’t ideal.  A 21-point reversal away to the Orchard County didn’t bode well for their chances but that preliminary tie, originally scheduled before the five ‘second’ teams were removed, didn’t carry the threat of elimination.

The primrose and blue were expected to respond and Karol Collins’ team didn’t waste time.  Thirty seconds hadn’t elapsed when they’d the ball in the back of the net.

Susan Spillane forced a foul for a high challenge immediately following the throw-in and Shauna Fallon stepped up.  The Four Roads wing forward sent her delivery all the way into the opposing square as the sunlight impeded keeper Rebecca Brady’s vision and the ball crept underneath the bar.

It was the ideal start for Roscommon and they maintained their advantage until the closing stages of the half.  Sinead McKenna responded for Cavan after Shanise Fitzsimons was taken down.  But when Spillane was fouled again, Fallon obliged making it 1-1 to 0-1 on five minutes.

There was little wind to influence proceedings but the sunlight veering through the Athleague sky rallied behind the hosts.  However, both defences maintained their focus throughout ensuring anything conceded was hard earned.

Josephine Maguire, Rosie Crowe McKeever and Fitzsimons set up Cavan’s first score from play for Roisin O’Keeffe on 14 minutes.  And after the water break, Orla Smith drew the challenge this time allowing McKenna split the posts.

The Spillane/Fallon axis returned another converted Roscommon free before Hannah Boylan and Maguire set up Fitzsimons for Cavan.  When Alisha Lenihan and Tara Naughton provided Chloe Whyte Lennon on 26 minutes, Roscommon led 1-3 to 0-4.

Cavan’s defence were stretched during the opening 30 minutes and their defensive sextet, led by Erinn Galligan and Ciara Finnegan didn’t relent from their workload to limit the Rossies’ chances.  But the hosts should have delivered a second goal.

Aine O’Meara started the move on the right holding off any attempts from their opponents to retrieve the sliotar.  Three passes later, Whyte Lennon was provided a one-on-one chance on Brady but agonisingly saw the ball skew to the left and wide.

Cavan weren’t without their chances either and were guilty of five first half wides.  That being said, they did restore parity by half-time.

Finnegan’s long ball resulted in McKenna sending over their fifth white flag on 30 minutes.  Two minutes after, O’Keeffe doubled her account to leave it 0-6 to 1-3.

There had to be a winner on the day with a potential four periods of extra-time allowed.  But Cavan were taking no chances and started putting daylight between the teams.

McKenna sent over a brace within five minutes of the restart – her resulting fist pump into the air highlighting how much this meant to Cavan camogie’s current generation.   It was the first time they led and Fitzsimons put three between within 60 seconds.

Roscommon needed inspiration and it arrived through midfielder Rachel Fitzmaurice.  She contributed a brace from play, the second assisted by Fallon, to reduce the deficit to 0-9 to 1-5.  But that was as good as the rest of the afternoon got.

O’Keeffe and McKenna were running riot in attack for Cavan.  The former won a foul for the latter to convert on 43 minutes.  And before the water break, they upped the tempo leaving their opponents behind.

The pressure on Roscommon’s defence led to multiple consecutive unforced errors in defence and the Breffni County capitalised, retrieving the ball and O’Keeffe finished the move sweetly nesting the sliotar into the top corner.

There were five between them but plenty of time left.  However, Roscommon’s’ task was mammoth on 52 minutes as Cavan’s sustained pressure paid off.  Fitzsimons’ low strike was so hard it flew into the goal and underneath the netting behind.

It could have been more only for a vital Michaela Fallon stop.  But despite Fitzmaurice’s third point reducing the deficit to 2-10 to 1-6 on 57 minutes, it was the last time Roscommon troubled the umpires.

McKenna (2), O’Keeffe, Boylan, Ciara Shalvey and Niamh Reilly dressed up the scoreboard.  But any doubts about the winners were long removed and Cavan advanced to another All-Ireland Final.

Already, Cavan’s 2020 camogie historic story will be told in a positive light.  Another win over Armagh on December 5th would be unprecedented!