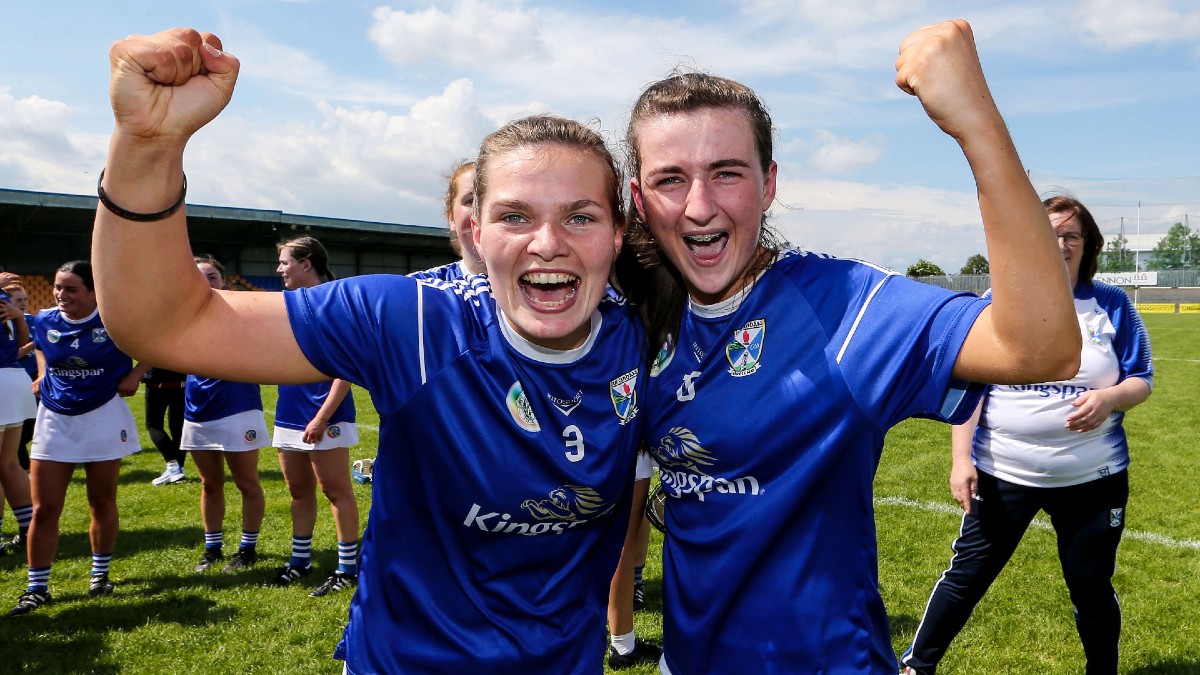 A second-half blitz by Cavan ensured that they kept the momentum of a memorable 2020 going, running out emphatic winners over Roscommon at Glennon Brothers Pearse Park, to add their name to the Littlewoods Ireland Camogie League Division 4 roll of honour.

The Breffni Blues were one of the real feelgood stories of camogie last year as a result of their championship exploits in their first year of competition after a decade’s absence, annexing the All-Ireland junior A title and putting in an outstanding performance before just falling short to Armagh in the premier junior decider.

They were made to work hard by Roscommon in the first half but the westerners were not as accurate with their shooting and thus were a little unlucky to trail by four points at the change of ends.

Indeed Cavan goalkeeper, Laura Bambrick, an All-Ireland underage winner with Kilkenny whose sister Miriam is a member of the Noreside team involved in the Division 1 final at Croke Park, had to make a smart save from Nicola Crean and needed to be alert on a number of occasions in that opening period.

But Jimmy Greville’s team opened up in the second half and two late goals by the magnificent Niamh Keenaghan and Shanise Fitzsimons confirmed what had by that stage, become inevitable.

Clodagh Keenaghan has a unique free-taking technique but it is certainly effective, as she scored from a free and then, after Ciara Finnegan’s score from play, found the target once more from a 45, after Michaela Fallon made a point-blank save to deny Keenaghan’s sister Niamh.

The experienced former Soaring Star, Kelley Hopkins was tempted back to the fold by Frank Browne after an absence of a couple of years, during which she became a mother, and she opened the scoring for Roscommon with a delightful point, shooting across her body classily after 15 minutes.

A 20th minute goal from dual player Niamh Keenaghan, after Sinéad McKenna had broken the cover with a pacy run, restored Cavan’s position of ascendancy however and another member of the ladies football side, Finnegan followed up with a point.

Rebecca Brennan shot a brilliant solo point and Rowe split the posts from a free but the last word was Clodagh Keenaghan’s converted free in the fourth minute of injury time to make it 1-5 to 0-4 at the break.

Niamh Keenaghan increased the gap to five within seconds of the resumption and Cavan tightened their grip as proceedings evolved.

Half-time substitute Shauna Fallon did slot a point from a free at the other end but Josephine Maguire, the always-threatening McKenna, Fitzsimons and the Keenaghan sisters employed the umpires, the Keenaghans like all good siblings sharing four points.

It was death by a thousand cuts and there could be no way back from an 11-point deficit with 11 minutes of normal time remaining without goals. But Roscommon had run out of energy and it was Cavan who cut loose in ruthless fashion.

Niamh Keenaghan’s green flag came after Galligan fetched a Michaela Fallon puck out inside her own half. When the sliotar was transferred to the corner-forward, she showed the covering defenders a clean pair of heels and though her shot was saved by the Roscommon netminder, she was able to finish the rebound to the net.

There was still time for Fitzsimons’ non-stop running to be rewarded with a resounding finish from a tight angle to underline a day a day Cavan will not want to forget.