CAMOGIE: Clan overcome the odds to set up junior final with Raharney 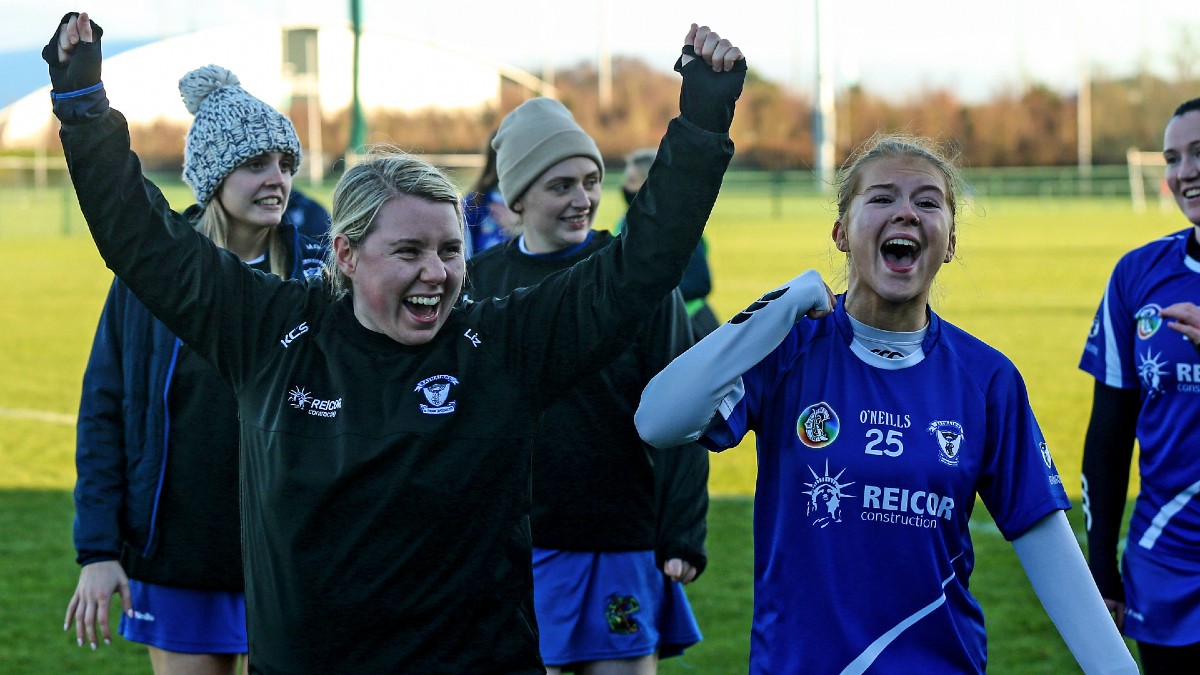 Patrice Diggin added another monumental performance to her catalogue of legendary feats, as Clanmaurice overcome the loss of a slew of players that forced them to line out with just 14 players throughout to defeat Athleague by 1-11 to 0-6 at Fr McNamara Park in Ennis in the AIB All-Ireland junior A club camogie semi-final.

They will cross swords with Raharney in the decider on January 8 after the Westmeath champions chiselled out a hard-earned verdict over Glen by 0-9 to 1-4 at the GAA National Development Centre in Abbotstown.

While Diggin provided all the class, with five phenomenal points from play out of her overall contribution of seven, it was their resolve and determination that marked Clanmaurice apart. Already shorn of a number of players deemed ineligible due to registration issues and then lost further players – and their physio – due to either contracting Covid-19 or being a close contact, they could field just 14.

Yet with Niamh Leen, Sarah Murphy and Rachel McCarthy outstanding in defence, Diggin providing the customary leadership and élan, and perhaps most crucially having a good scoring support cast, they always held the whip hand.

Athleague were quite good defensively too, and in Niamh Farrell, Jane Horan, Laura Fleming and chief scorer Tara Naughton, had some excellent players, but the Roscommon side struggled to win primary possession in attack against the resolute Kingdom women.

A second minute goal from Laura Collins, who pounced on a break from an Ann Marie Leen diagonal delivery, provided Clanmaurice with the perfect pass and Patrice Dennehy and Diggin split the posts soon after.

Horan got Athleague off the mark in the 12th minute but they were over-reliant on Naughton from placed balls and with Diggin registering three minors after the water break, including one stupendous effort on the run, it was 1-6 to 0-2 at half-time.

Athleague resumed in determined fashion and after a Naughton free made it a six-point game, won a penalty in the 36th minute. This proved, perhaps, to be the pivotal moment in the game as Farrell came forward but saw her shot tipped over the bar brilliantly by Aoife Fitzgerald.

A goal might have been telling but instead, it was Clanmaurice that found another level and Athleague never got any closer. Jackie Horgan slotted a free before Diggin produced her best score of the day – and that’s saying something – from 70m, after a move started by McCarthy. Fittingly, it was the flame-haired wizard that provided the final word, from a free on her own 65 and Clanmaurice were on their way.

Raharney were made to work all the way by Glen. They had six contributors to their nine-point tally, Amelia Shaw slotting three frees and the ever-dangerous speedster Hannah Core slotting a pair from play. Erin Core, Amee Nea, Aoife Doherty and Elaine Finn were also on target while Jade McKeogh was the lynchpin of a fantastic defence.

Glen started slowly, falling two points behind in a tight and tense first half but a goal from a penalty by Rebecca Fitzpatrick, after Aisling Porter was fouled, edged the Derry champions ahead.

It remained nip and tuck throughout the second half and the Ulster crew still had their noses in front after the second water break at 1-4 to 0-6 but they wouldn’t score again.

Instead, Shaw levelled from a routine free before Doherty drove over the score of the game from play. Shaw raised another white flag in the fifth of eight minutes of injury time from a 45m free and Raharney had prevailed.