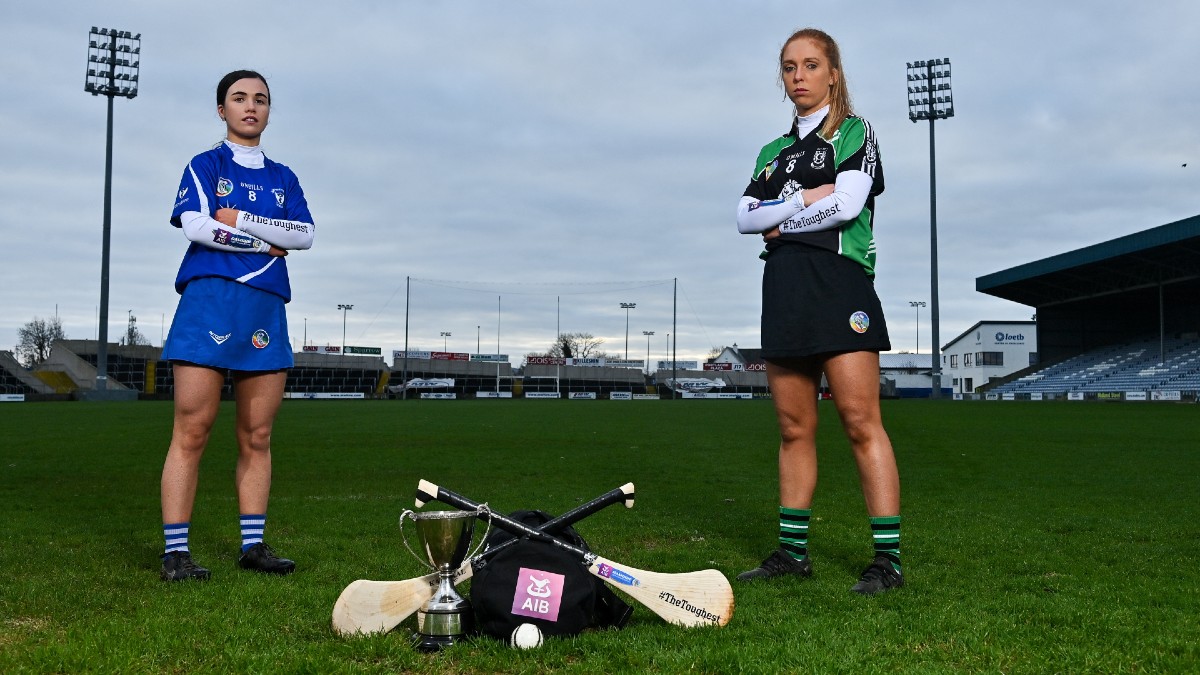 It’s a repeat of the 2019 decider (which took place over two years ago) with a replay required to separate the teams.

Clanmaurice were victorious the second day by 3-6 to 0-6 thanks to goals from Saidbhe Hogan, Jessica Fitzell and Rachel McCarthy.  They beat Athleague in this year’s semi-final with just 14 players.

Raharney have bounced back winning a seventh Westmeath title and followed that up with a massive scoreline over Celbridge in the Leinster decider.  But they showed their battling qualities before Christmas, beating Derry’s Glen 0-9 to 1-4 thanks to late scores from Amelia Shaw and Aoife Doherty.

At the AIB launch ahead of Sunday’s game, Darren Kelly got a chance to get the thoughts of Clanmaurice midfielder Patrice Diggin.

Throw-in at Moyne-Templetuohy on Sunday is 2pm.

The final will be be streamed live on the Official Camogie Youtube Channel.

This year’s AIB Club Championships celebrate #TheToughest players in Gaelic Games – those who are not defined by what they have won, but by how they persevere no matter.