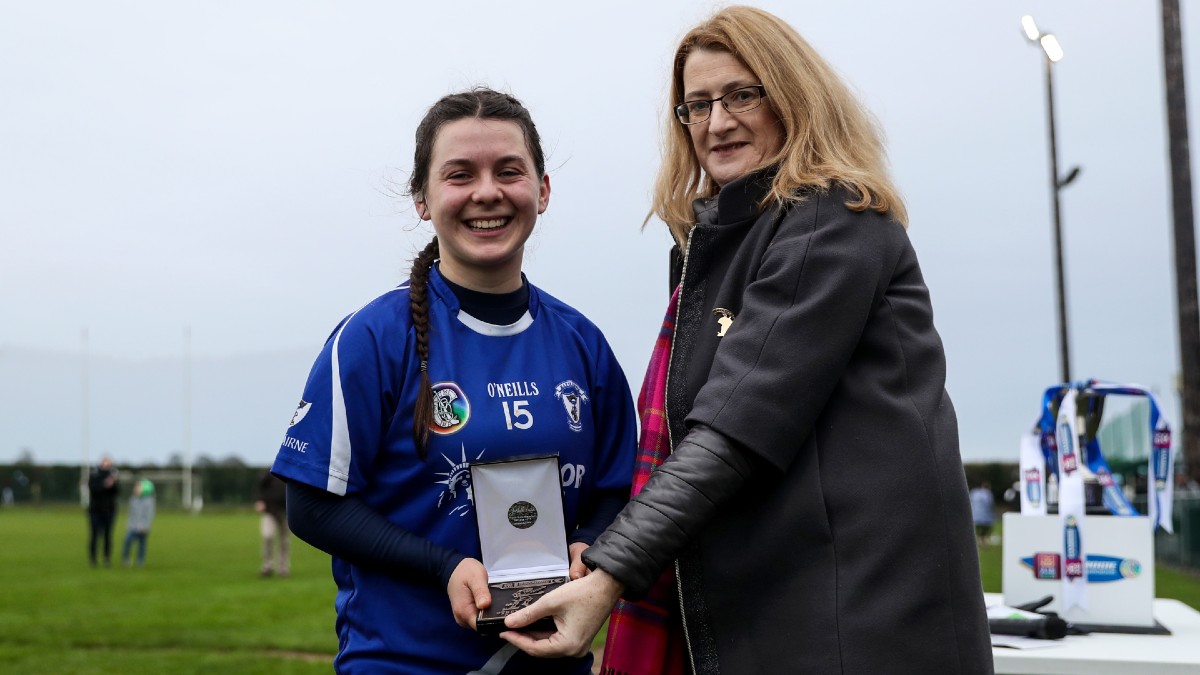 In a mirror image of the previous day’s intermediate decider, it was a successful revenge mission in the 2020 AIB All-Ireland Club Junior final held in Moyne-Templetouhy’s Longorchard grounds yesterday as Raharney got the better of the key moments to get the better of Clanmaurice, who had beaten them in a replay in 2019.

Player of the match, Hannah Core provided the first of those when goaling in the fifth minute but goalkeeper Anna Weir’s contribution was at least as significant as she made a brilliant save from Jackie Horgan in the first half when Clanmaurice held sway and then followed it up with a near-miraculous stop from a Patrice Diggin effort in injury time.

Those moments, plus the response to going behind for the first time when Horgan and Jessica Fitzell point quickly at the start of the second half for Clanmaurice, were critical. They shot the next six points to go four clear.

“It’s a pinch-me moment,” said Core of Raharney finally getting over the line and her own individual honour.

“I’m a bit speechless. It was a great game, a really tough battle. I’m just delighted with my performance and all the girls’ performances. We battled to the end. It was brilliant.

“We were told, once the ball was in there, get in straight away. We’ve been training hard and focusing on that. The minute the ball dropped anywhere around the square it was game on.

“It feels brilliant. We’ve had our fair share of disappointment. To finally get over the line is brilliant. I can’t put into words how great it feels.”

It is a credit to Clanmaurice, who must have been tired as they had no subs to introduce – they won the semi-final with just 14 players – that Weir needed to make that reflex save from Diggin’s 20m free at the death to prevent a repeat of 2019, when Raharney led only for Fitzell to score the equalising point late on and Clanmaurice to win the replay.

Manager Mike Enright maintained that they had exceeded expectations to get this far and with Julianne O’Keeffe and Olivia Dineen available again having not been registered for the 2020 competition, he will not fear another round of this enduring and entertaining rivalry if, as is possible, the teams cross swords once more in the 2021 All-Ireland semi-final next month.

“We’re disappointed but we never believed we’d get an All-Ireland as we’d only a panel of 15 all year due to whatever went wrong in 2020 due to registrations,” said Enright, referring to the unavailability of O’Keeffe and Dineen, who were travelling and pregnant respectively when the Munster Championship got under way in pre-Covid times. “We thought there’d be no competition.

“I congratulate Raharney. They’re a fine team. It’s there day today. I hope they enjoy the night. I congratulate Padraig, their manager as well. We’ve great respect for Raharney in Kerry. They’re tough battlers.

“But you’d never know, if we can get out of Munster and they get out of Leinster again, we might meet in an All-Ireland semi-final in four or five weeks’ time and I’m sure we’ll have another royal battle again.”

Enright continued: “Both sets of players, the intensity they had, the tackling, the blocking. I have to stand up and salute the females of Ireland, they’re a tough bunch of girls. I thought it was very enjoyable to watching.

“Up to the first water break, we missed a goal and two or three points. We didn’t take the chances. No fault to anyone. I’m amazed at what my girls have done to get to an All-Ireland final.”