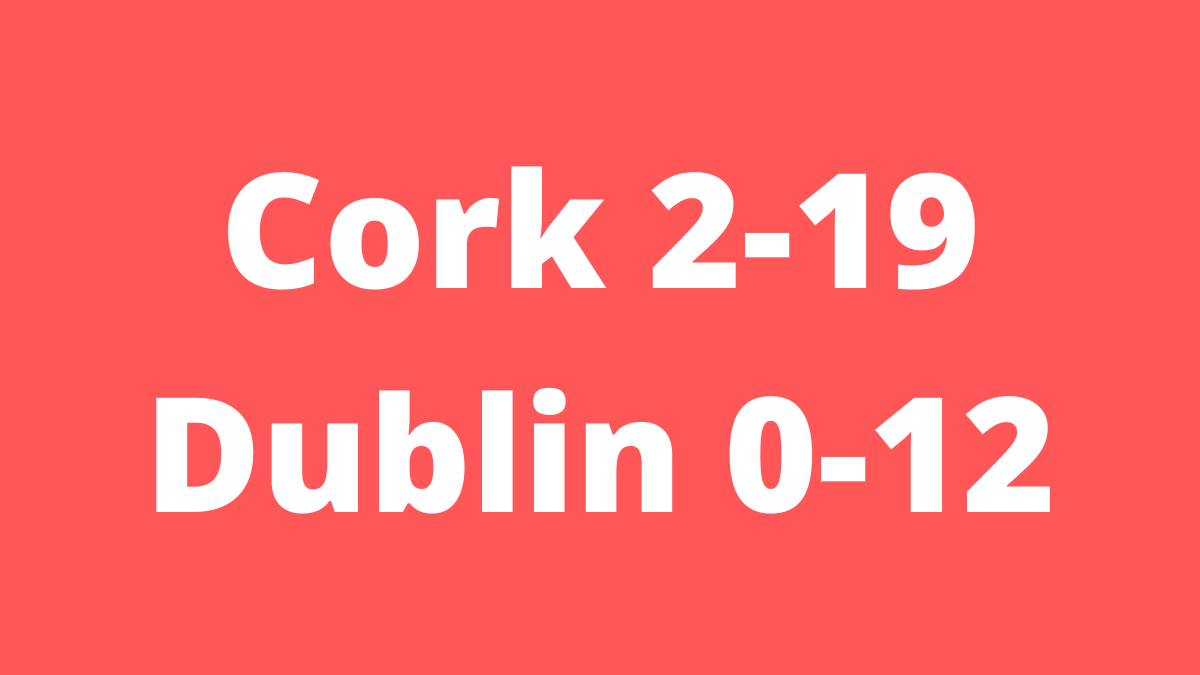 Goals from Katrina Mackey and Amy O’Connor ensured Cork a championship winning start as they controlled the scoreboard from two minutes after the throw-in.

Paudie Murray’s team are strong favourites to top Group 2, which also includes Waterford and Down, and made no mistakes when Hannah Looney launched a first running attack before the 120 second mark before picking out the unmarked Mackey who batted to the net.

It was a tactic that served the Rebelettes well as they applied pressure on the visitors’ puckout to overturn possession regularly.  While they gradually extended their advantage throughout the afternoon, overhit passes and poor wides ensured the result couldn’t be taken for granted.

Dublin had six changes from the side that lost to Clare in last year’s campaign including four under 20s and this was always going to be a challenging assignment for Adrian O’Sullivan’s first championship game in charge.

Mackey’s early goal rattled the Metropolitians and when O’Connor tagged on a point in the third minute when she could have considered going lower, the worst start they feared was realised.

It led to some early nerves and shaky attempts to settle in the tie but the side in blue did eventually get into the contest and were unfortunate not to make a major impact when Aisling Maher’s delivery into the square found the stick of Kerrie Finnegan only for Amy Lee to save.

Dublin needed a break like this to threaten the hosts and Finnegan had two more opportunities over the hour that would hit the target on another day.  A Maher free opened Dublin’s account on six minutes before Ali Twomey added the second two minutes later.

The deficit was 1-1 to 0-2 but Cork sensing danger, quickly tagged on three more white flags.  Looney set up captain Linda Collins on 10 minutes, Mackey scored from play, before Chloe Sigerson split the posts from distance.

The next four scores were evenly shared with Maher nailing two frees following fouls on Jody Couch and Twomey.  Cork responded with placed balls themselves – one for Mackey and the other for Sigerson.

Another Mackey free gave Cork a 1-7 to 0-4 lead on 25 minutes but Dublin hit back again.  Finnegan missed a contact that could have deceived Lee.  However, Niamh Gannon came in from the left to trouble the umpires.

Collins took Ciara O’Sullivan’s pass for a Cork point before Maher replied for Dublin.  However, the Reds concluded with three unanswered scores.  Mackey popped over another brace while Ashling Thompson finished off Sigerson’s pass after two Dublin players failed to challenge a breaking ball.

It was 1-11 to 0-6 at half-time and Dublin tried in vain to increase their tally after the restart.  They’d inherited their opponents’ poor shooting and their opponents punished that indiscretion. Mackey and Fiona Keating raised white flags and on 34 minutes, the contest was settled.

O’Connor and Dublin defender Muireann Kelleher had an intriguing personal duel but Cork’s 2020 captain wouldn’t be denied.  Laura Hayes’ delivery came to the St. Vincent’s full forward who rattled the net making it 2-13 to 0-6.

Either Mackey or O’Connor should have secured a goal two minutes later following Thompson’s long ball into the square.  A fleeting momentary lapse of concentration from both ensured Dublin got the bodies back to close out the space.

Twelve more points were scored in the final 23 minutes with the teams sharing six each.  Maher put over three frees and a ’45 while Emma Flanagan and Finnegan also registered.

Sigerson landed three for Cork with Mackey, Thompson and substitute Orla Cronin also on target.  The job was done and another victory away in Down next week should be enough to reach the knockout stages.

Realistically, it’s the next two games that will determine Dublin’s season.  Waterford, fresh off an opening day victory, are in the capital next week.  They did lots of good things in this tie but a greater composure and discipline on occasions will be required to progress.