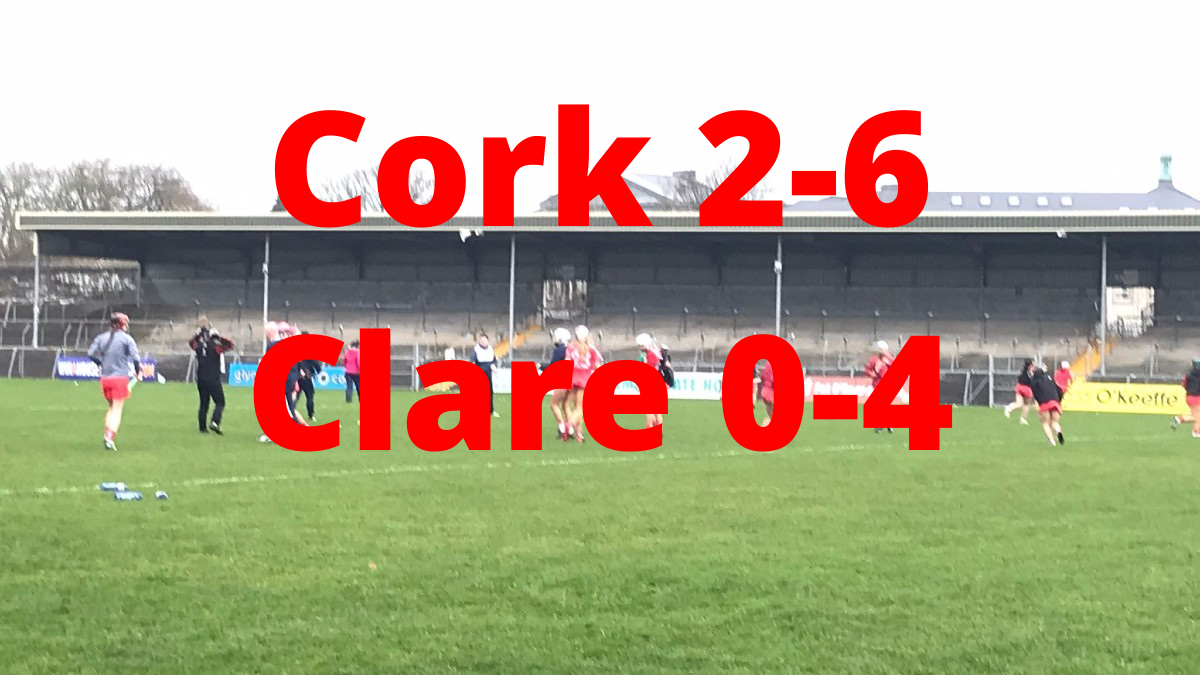 A brace of late goals ensured that Cork got the new season off to a perfect start in the Littlewoods National Camogie League in far from ideal weather conditions in Cusack Park, Ennis this afternoon.

Trailing by the minimum at half-time, Cork had the wind at their backs and in their sails for the second period to outscore hosts Clare by 2-3 to 0-0.

Indeed, a strong gale that blew directly away from the town patently dominated proceedings but neither side diverted from their possession gameplan to adapt to the tricky conditions.

Clare had its aid in the opening period and inevitably set the pace without ever putting clear daylight between the sides. A Chloe Morey free from halfway opened the scoring in the third minute which was cancelled out by Izzy O’Regan in the next passage of play.

Eimear Kelly edged the home side back in front a minute later but that’s where the scoring spree ended as there would be only four more points converted for the remaining 25 minutes.

Crucially, they would be evenly split as a hard-earned Laura Hayes equaliser midway through the half was surpassed by a brace of eye-catching Aine O’Loughlin points to put the hosts 0-4 to 0-2 clear by the 27th minute.

O’Connor did pull back a point before the break at 0-4 to 0-3 and with the elements to come, Cork would quickly seize control of the scoreboard for the remainder.

Seven first half wides would prove costly for Clare who failed to score against such a sizeable wind on the turnover. Instead, the visitors would level up the tie for the third time through Amy O’Connor two minutes into the new half before hitting the front for the first time through Down native McCartan from the resulting puck-out. Gathering momentum, Katie O’Mahoney would fire a brilliant score from halfway by the two-thirds mark at 0-6 to 0-4. However, Clare’s stubborn defence ensured no further leakage until the final ten minutes as Alannah Ryan prevented O’Connor from adding to her tally in front of the goal.

Cork did finally raise a green flag in the 50th minute when a Katrina Mackey flick was stopped by goalkeeper Murphy who was accused of lying on the ball resulting in a penalty that McCartan rifled to the net.

Tempers flared on the sideline more than the field, resulting in two Clare men being dismissed, albeit one from each side as Davy Fitzgerald and Conor Dolan were both sent to the stand by referee John Dermody.

Cork finally sealed victory in injury-time when fittingly Amy O’Connor ghosted in at the back post to receive a pass from substitute Aoife Hurley and billow the net to give new manager Matthew Twomey all the points from a tricky opening task in Ennis.

Eoin did got the thoughts of Cork coach Davy Fitzgerald