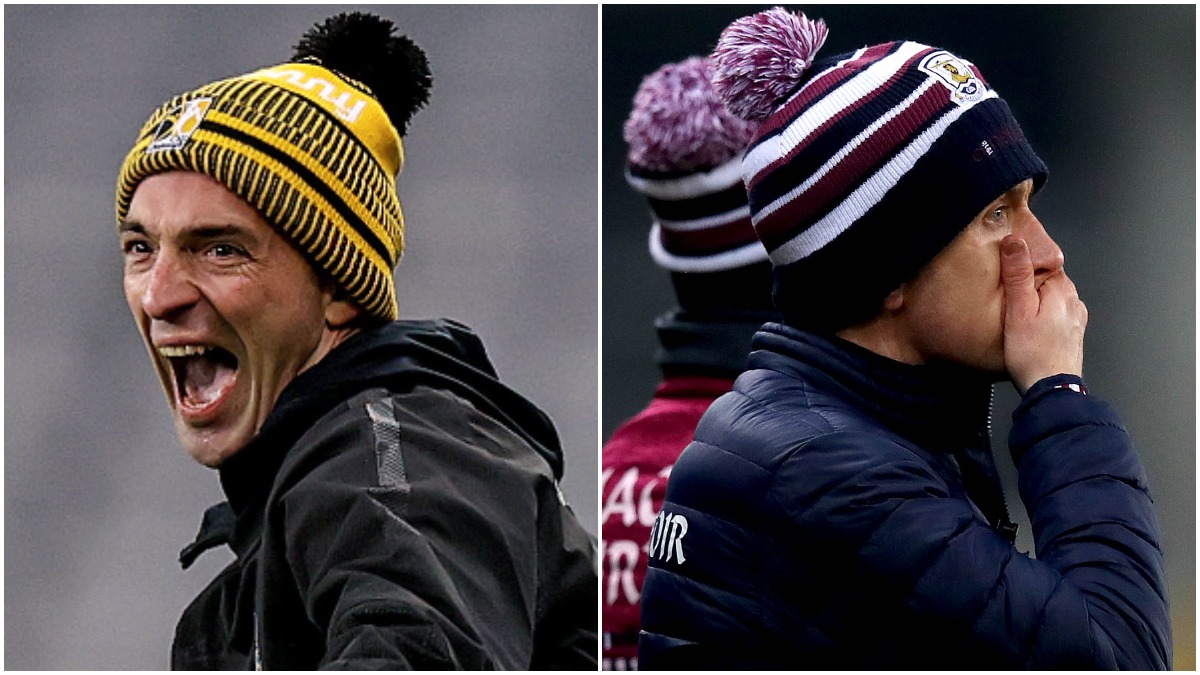 Beforehand, talk of the impact of three consecutive Liberty Insurance All-Ireland Senior Final losses, the five reverses in seven seasons, and for many of the players, six in seven appearances on the biggest stage, was batted away.

The past had no impact on the present.

But now, with a 1-14 to 1-11 triumph over Galway, and a companion to the 2016 triumph at last, only Kilkenny’s second title since 1994, the truth could be acknowledged in the public domain.

It wasn’t the fear of being the first county to lose four deciders on the trot that drove them though. Just knowing the pain of each one and the damage it had done.

“The devastation these girls have gone through”, noted a relieved manager Brian Dowling afterwards.

The former Kilkenny hurler had been brought into the fold by Ann Downey last year, her parting gift to a group of players she moulded and mothered over a decade, and who was in attendance on media duties alongside further Noreside royalty in former GAA president Nickey Brennan. There was hardly a happier person in Croke Park.

Denise Gaule goaled from a 57th minute penalty when the sides were level after being fouled herself and finished with 1-6, while Aoife Doyle rapped over four points, while Grace Walsh, Katie Nolan and Claire Phelan were just three others to provide monstrous performances.

Orlaith McGrath had a first-half goal for the champions, who went in at the break leading by 1-5 to 0-6 but Kilkenny found another level of intensity after the resumption.

When Owen Elliott – the Antrim referee played a significant role in a riveting, non-stop, exhausting battle of wills by allowing play to continue amidst some ferocious exchanges – sounded his final whistle, Dowling threw himself on the ground in almost disbelief.

He, Philly Larkin, Tommy Shefflin, Ray Challoner and Pat O’Neill have enjoyed the best of days, but it is hard to think they have ever celebrated as hard.

“Going back into the dressing-room last year after losing to Galway was absolutely cruel, going back to the Red Cow (Hotel), all the parents there and everyone crying. Where do we go from here?

“We started back this year and some girls didn’t know whether they would come back. How could they face it again? A few long conversations with girls and they came back. I am so proud of them girls, the heartache they have gone through. I am over the moon now.”

Dowling agreed with much of the perceived pre-match analysis that Kilkenny would have to hit a level they hadn’t managed before.

“We knew Galway were a brilliant team, they have been great All-Ireland champions. I said it all week this had to be our best performance of the year or we wouldn’t be winning. And I think we did.

“I was stressed. There has been a dark cloud hanging over this team for the last few years. It has finally been lifted now. It is so hard losing All-Ireland Finals. You analyse everything and look at everything. Just to get over the line. We didn’t care if we win it by two points to one.

‘We learned a lot from last year’s Final. Galway probably got the better of us in the breaking ball. Long puck outs. They got in for three goals. They got in for one today and it was the only goal chance they had.

“We re-arranged our backs a bit different this year and they were comfortable moving around as well and I thought they were absolutely tremendous today like they were the last day in Cork.”

In 2019, it had been Cathal Murray earning the plaudits for finally helping to steer Galway over the line after a number of near misses of their own. Now in the beaten corner, the Sarsfields man was very generous in his praise of the victors.

“In fairness to them, they were the better team”, declared Murray. “In that time, the quarter after the half-time, they won all the breaks and we had no answer to them in that period.

“I am very proud of the girls when they turned it around and we got back to level. We probably should have won the puck out and they ended up getting the penalty that was a big, big call for me. I haven’t seen it back, I am not complaining about it. But a penalty needs to be a penalty. He kind of played an advantage first and then ended up giving a penalty.

“But look, the better team won. We are not really performing as well as we can all year. We are kind of grinding out results without being very good in games. Kilkenny were very good today; we knew they would be. Just disappointed.

“We didn’t get enough good ball into our forwards. I thought our forward line had them in trouble in the full-back line. That is credit to Kilkenny as well, hooking and blocking around the middle of the field was really good.

“It was probably a tough year for every team. It was a long year alright. The girls worked really hard during lockdown and came back after the club championship. We were really happy with it.

“You are always waiting for the big performance to come. We were hoping it would be today but it wasn’t to be. They have been great champions and came back to an All-Ireland Final after winning last year. (I am) very proud of that.”

And he had every right to be proud.

To the victors the spoils however, and the final word.

“This win means an awful lot”, noted Dowling. “We got a huge send off from Kilkenny today. Thanks so much to all the parents and families. It is disappointing they can’t be with us here. I’m sure they were shouting at the tellies in Kilkenny. Whenever we get to see them, they will be delighted. They can be very proud of them girls. They are the people who surrounded them girls when they were disappointed.

“A few things are not going to be (different), the homecoming, but the girls are so happy now I don’t think they care. They have their medal. That heartbreak for the last few years is finally gone. That stress, that pressure is finally gone away now and it is absolutely brilliant.

“We are All-Ireland champions and we are going to enjoy it.”