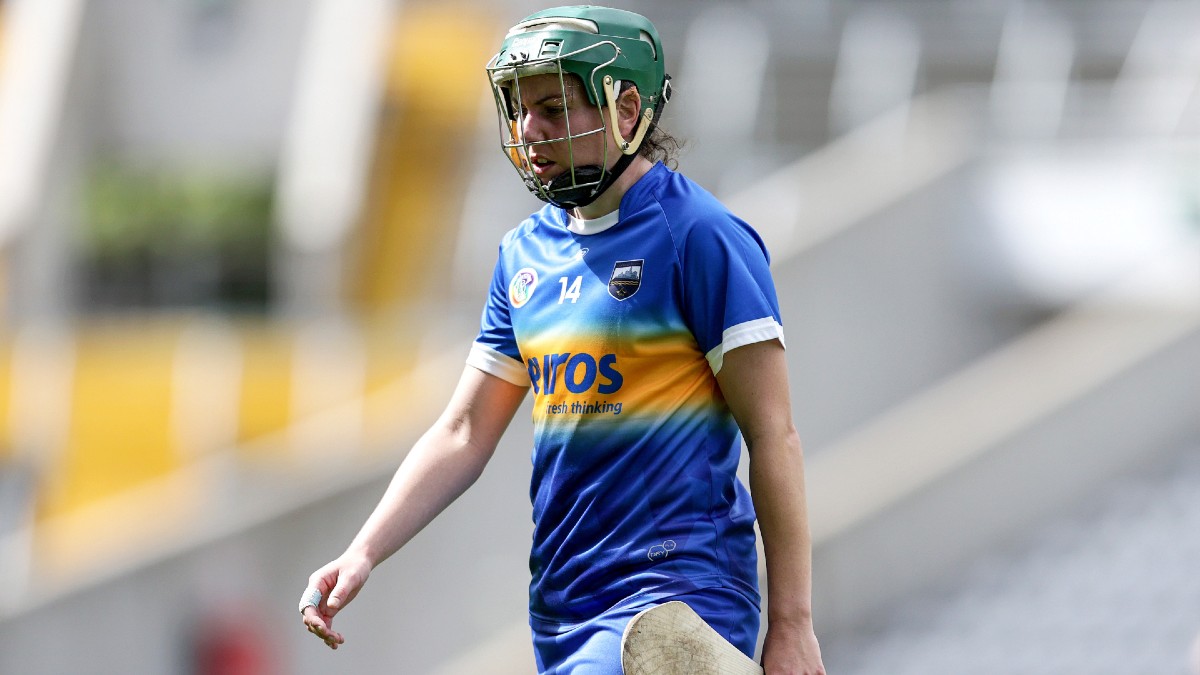 Tipperary blew Waterford away with a stunning first-half performance in Clonmel to put one foot in the Littlewoods Ireland Camogie League Division 1 quarter-final.

The Déise girls, who were getting their Group 2 campaign under way, improved in the second half but the damage had been done as they trailed by 14 points at the interval, losing in the end by 2-16 to 0-11 with goals from Clodagh McIntyre and Eimear McGrath, while Cáit Devane top scored with 12 points.

Waterford only managed three points in that opening period whereas Tipp were clinical, the forwards capitalising on outfield dominance and the resultant quality and quantity of supply.

McIntyre got them off to the best possible start with a scintillating goal after 16 seconds. It was a thing of beauty, and simplicity, as the indefatiguable Ereena Fryday gathered possession from the throw-in and immediately fired into space. McIntyre gathered tight to the right sideline around 25m out, rounded her marker and with her colleagues’ clever movement creating welcome space, carried into the danger zone before unleashing an unstoppable shot to the far corner of the Waterford net.

The second goal arrived in the second minute of first-half injury time when Keeley Corbett Barrett failed to pick up the sliotar on the run and McGrath pounced to gather quickly, giving Brianna O’Regan no chance from close range. With Devane splitting the posts nine times, that made it 2-11 to 0-3 at half-time.

Derek Lyons’ charges were better after the resumption, Lorraine Bray offering stout resistance, but his counterpart Bill Mullaney had made some changes and the verdict was assured.

After defeat to Cork last weekend, Tipp’s group programme is now complete and if the Rebels get the better of Waterford next week, they will be through to the knockout stages, though the positions will be decided on score difference if the Suirsiders can cause a shock.

Gráinne Egan shot 3-5 as Offaly recorded their most significant victory in a number of years when getting their season off to a dream start with a 4-7 to 1-14 triumph over a Dublin team that troubled All-Ireland champions Kilkenny seven days previously.

Former Galway All-Ireland-winning goalkeeper, Susan Earner has clearly had a positive impact on the Faithful since her appointment as manager, and they are now assured of a place in the business end of the competition, the clash with the Cats deciding the top two in Group 3.

Three points from Aisling Maher had edged the hosts ahead – Gráinne Egan having only pointed from a penalty at the other end – when Emma Mulrooney goaled but Maher and Jody Couch pointed and the teams went in at the break level 0-7 to 1-4.

Niamh Gannon had been showing well for the Dubs and when she supplemented her two points with a goal, it was looking good for the Blues as they moved six points clear. Their joy was shortlived, however, as the outstanding Egan rifled home a pair of goals to draw the teams level, entering the final quarter.

Sarah Harding edged the visitors ahead but the crucial score came when Egan completed her hat-trick in the 56th minute. Couch and Maher halved the deficit but time ran out on Dublin and they must now turn their attentions to the championship.

Limerick also booked their berth in at least the quarters, as a result of their Shannon derby defeat of Clare by 2-14 to 1-11 at Fr McNamara Park in Ennis.

The home team had created a good impression against Galway the previous week but were not able to contend with the speed and thrust of their youthful neighbours’ attack, while their own threatening offensive unit failed to spark.

Caoimhe Costelloe and Caoimhe Lyons had pointed on the double for Limerick when Costelloe doubled on a Doireann Murphy clearance for a magnificent goal. Chloe Morey brought her tally to five points to keep the Bannerwomen in tough but they were in deep trouble when Limerick were awarded a penalty and Costelloe blasted to the net to open up a nine-point gap.

That’s how it was at the change of ends, 2-10 to 0-7, and though Ger O’Connell’s crew could not be faulted for their endeavour in the second period, they had left themselves too much to do.

Eimear Kelly, who had caused such consternation in the Galway defence last week, sparked into life and gave her side a sliver of hope with a goal in the 54th minute, finishing from a tight angle after doing well initially to gather Alannah Ryan’s delivery but Limerick saw it out comfortably.

Meanwhile in Division 2, Down, Galway, Cork, Kilkenny, Kildare and Westmeath were victorious, with Division 3 honours going to Clare and Wexford, as Carlow and Limerick shared the spoils. Tyrone, Cavan, Mayo and Roscommon were the winners in Division 4.