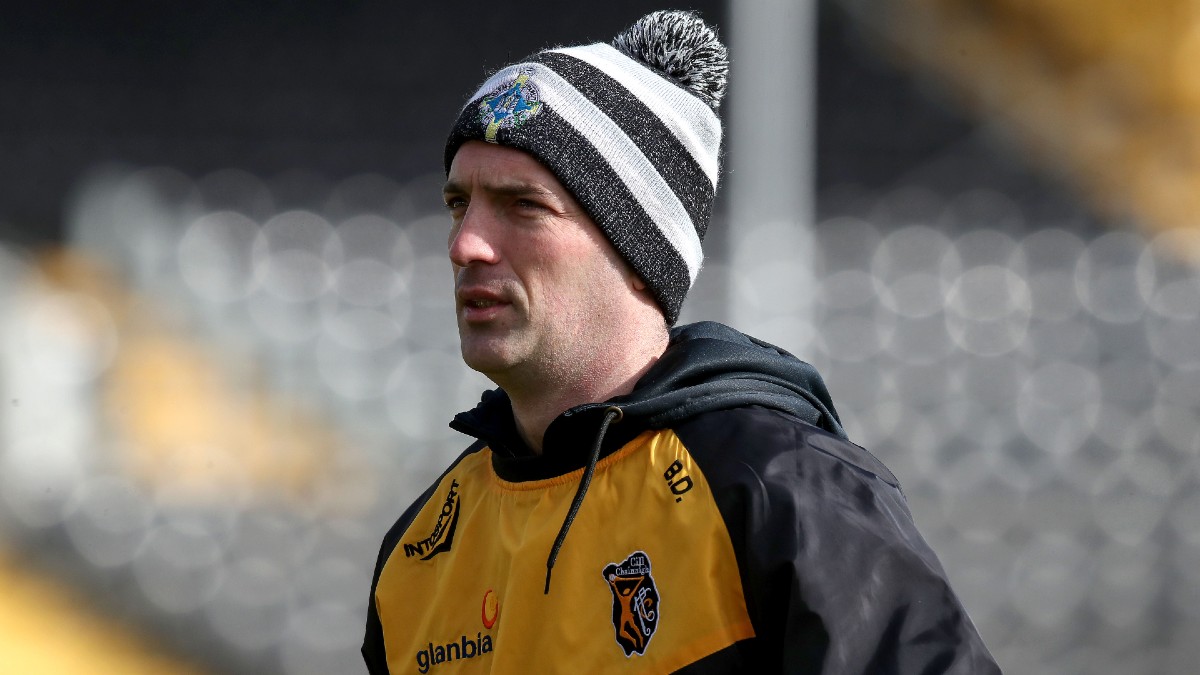 The Ann Downey effect is still visible in the Kilkenny camp now that the Liberty Insurance All-Ireland Senior Camogie Championship is under way, and not just among the players.

Downey’s successor as manager Brian Dowling, who was brought in by the legendary Camogie figure as coach last year, has joked that the current Lisdowney hurling boss’ animation on the sideline has rubbed off on him.

In truth, the former Kilkenny hurler’s demand for a high work rate without possession as a non-negotiable on the field of play makes him a kindred spirit with Downey.

As a result, Dowling often responds more visibly to one of his players forcing a turnover than he does to a score.

“I worked with Ann Downey last year so I’m bound to be animated on the sideline!” Dowling remarks with a smile.

“I think any manager’s dream is to see your players getting turnovers, getting hooks, getting blocks. We really drilled it into them all year, looking at the statistics after the games, who’s making the scores, not just the people who are scoring. It’s who’s getting in the hooks and the blocks, who’s getting the turnovers that’s leading to the scores and that’s a huge thing for us.”

Next up for Kilkenny is a home tie at the John Lockes grounds in Callan against Westmeath, who will be on a high having marked their Senior Championship debut with victory over Limerick.

The hosts are in fine fettle too after a hard-fought win over Galway but the loss of attacking heartbeat Katie Power and All-Stars nominated half-back Kellyann Doyle through injury is considerable.

“You’d be buzzing after a Championship win. Sometimes you get two or three weeks of a break but I don’t think anyone wants that. I think you want to be going week-on-week. Obviously, we have a few injuries, a few long-term injuries with players ruled out for the rest of the year but we have a strong panel there at the moment so we’re rearing to go again next week.

“Katie has been so unfortunate. Katie has had three finger operations. Her finger has been fused – she can’t move it anymore – to get her back hurling this year and she was flying the last couple of weeks, way ahead of schedule.

“Just last Sunday (week) we had an internal training session and Katie was just running a straight line when she broke her kneecap so she’s gone for the rest of the year. It’s a huge blow.

“The effort she puts into it, it’s absolutely devastating for her.

“Kellyann Doyle did her cruciate against Cork before the lockdown (her second such injury) so she’s coming back now but is still a couple of months off.”