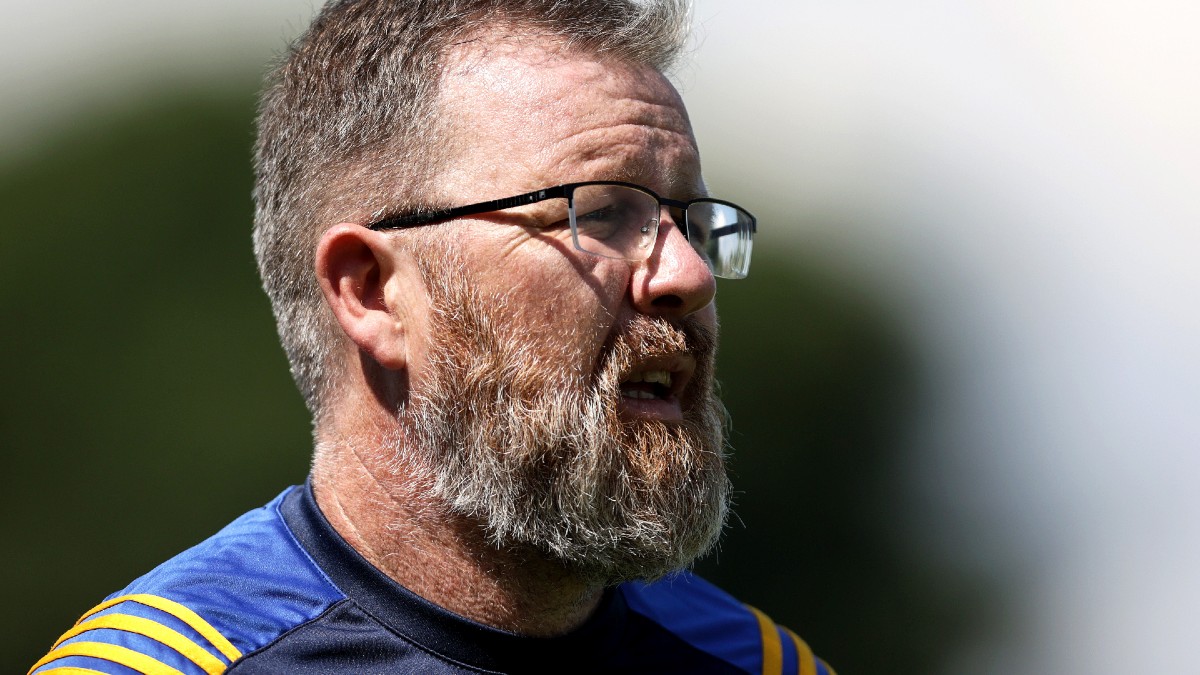 Bill Mullaney described the performance of his Tipperary team as “awesome at times” but both he and player of the match Grace O’Brien noted areas where improvement was required, not least a lack of economy that gave Limerick some hope for a brief period in the second half before the home team won by 2-20 to 1-11 in the All-Ireland Senior Camogie Championship tie at Éire Óg, Nenagh.

Tipp are now through to the knockout stages, and indeed the entire sextet is known after two rounds, with next week’s ties determining group winners – two of which will move directly to the semi-finals, with the rest making up two quarter-finals – and the three teams that will be involved in the relegation play-offs.

All-Ireland champions Kilkenny, Galway, Wexford, Cork and Waterford are the others qualified to the last six but the ever-evolving Tipperary have probably been the most impressive team of the competition, following a 20-point defeat of Offaly with this 12-point success.

“We were awesome at times but we need to be consistent too,” cautioned Mullaney. “We played well I thought, we were putting it away and then as usual, maybe is it a Tipperary thing, we let Limerick back into the match and gave them the opportunities. We needed to be clinical but I think we upped it again in the last ten minutes and saw it out very well.

“But these are the ups and downs of it, you can’t dominate a game for 60 minutes, especially against a team like Limerick. But I thought we coped well with their comeback and at times we were very good, both forwards and backs.

“We needed to win two games, we’ve two games won. It’s about getting out of the group,” concluded the manager of a Tipp team that has reached the last two semi-finals.

O’Brien was playing on her home pitch and though Cáit Devane took the scoring honours and blasted a penalty goal early in the second half, with sub Mairéad Campion providing another right at the death after a Sophie O’Callaghan goal and a string of points from Caoimhe Costelloe brought Limerick to within seven, it was the local player’s industry around the middle that was one of the standout performances.

“Limerick in midfield were savage, so every moment of the game you had to be clicked on,” said O’Brien. “It was tough out in the heat but I was delighted to get the win. It was lovely to play here. It is the stuff you dream of, to play for your county on home turf.

“We’re really enjoying our hurling at the moment. We’ve found a way of playing that suits us. You always want to be giving more and doing more to the team. It’s a very positive environment. We’re really enjoying it at the moment but we’ve a lot to work on. I think we left 2-5 out on the pitch that we won’t be happy about so we’ll look at that Monday, go back to the drawing board and hopefully improve for Wexford because we’ll need to be better for that.

“We have a great calibre of player in the team. We lost Clodagh (Quirke) early in the year which was devastating and Sarah Fryday is gone now (teaching abroad). Bill has it drummed into us that the panel is the most important thing. You see Lorna O’Dwyer and Sarah Delaney, they fit straight in and that’s what you’re working towards, having subs that don’t drop the standard, they boost it.”

Goals from Niamh Rockett and Abby Flynn featured as Waterford blew Dublin away by 2-17 to 0-9 to dished out significant revenge for their League relegation play-off defeat to the same opposition.

Former Republic of Ireland underage basketball star Flynn was modest about her own major, which was created by the high-scoring Beth Carton but having secured a berth in at least the quarter-finals was the primary source of joy.

“The girls did great to work out the ball,” Flynn declared. “Beth had the ball in the corner and there were about five of them around her and she just had to flick it out. God, I only had to put it in the net after the work she had done so I was just thankful to see it hit the back of the net.

“We’re out against Cork next week, It’ll be a tough game but we’re just going to recover and regroup and give them a right go.

A Miriam Walsh goal finally broke the stern resistance of Westmeath as Kilkenny ground out a 2-17 to 1-11 victory. A Hannah Core goal had helped the visitors lead at the break by 1-8 to 0-7 but Walsh’s goal was a turning point and Katie Nolan added a major to seal the deal for the Stripeywomen.

Goals from Joanne Dillon, Anais Curran, Lisa Bolger (penalty) and Mag Byrne were the fuel for a resurgent Wexford, who got the better of Offaly by 4-10 to 0-15.

A fortuitous goal from long range by Niamh Kilkenny followed by a tap-in for Siobhán McGrath opened an insurmountable gap for Galway over Clare in the third quarter. Late goals by Chloe Morey and Áine O’Loughlin brought Ger O’Connell’s charges to within three points but points from Aoife Donohue, Ailish O’Reilly and Kilkenny confirmed a 2-12 to 2-6 result.

The Rebels laid the groundwork for their 1-13 to 0-10 win over Down in the first half, Fiona Keating’s goal five minutes before the break the key score. Sorcha McCartan, who has been training with Leeside giants St Finbarr’s as she is based in Cork city due to work, registered two points for Down in that period, while Niamh Mallon, who finished the game’s top scorer with seven points (three from play) was also on the mark.