CAMOGIE: “For us job done and we are delighted to top the group” – Mary Ryan 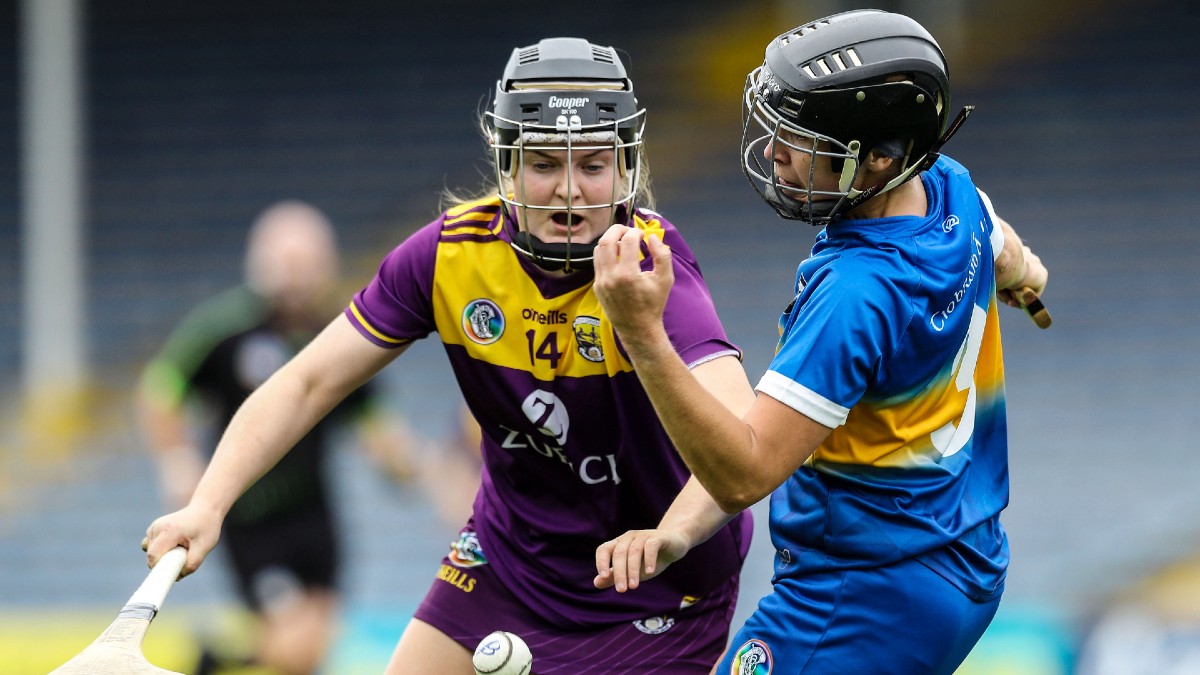 Tipperary did not come out of the hat for another semi-final appearance but Mary Ryan and Bill Mullaney are focusing on the countless positives of winning all three group games, with Waterford standing in their way of a return to the last four in the All-Ireland Senior Camogie Championship.

The other quarter-final, which takes place as part of a double header at Páirc Uí Chaoimh on Auguat 21, will involve Wexford and Kilkenny.

“At the end of the day job done,” said Ryan after Tipp’s 4-11 to 1-11 triumph over Wexford. “Delighted to get the win. Three out of three. We just said there we can’t do anymore than that. We are thrilled with the win. Very tough battle. Wexford put up a physical battle in a big open field. For us job done and we are delighted to top the group.

“We would rather not be so busy in defence like we were today. They kept us on our toes, they kept us under pressure. It was very uneasy for us most of the game and that was testament to them and the pressure they put on us. The girls pulled out the goals towards the end of the game and we pulled away thank God.

“Wexford started out. They got the first score on the board. To respond with two goals it really gave us a driving force to push on and it gave us a lift.

“It’s very competitive. We had five new starts there today and we had three or four girls making their Championship debuts and they really threw their hands up. It’s fantastic for us to see. Younger faces coming in. Eimear (McGrath) and Clodagh (McIntyre) took their goals well when they came back in. Three busy weeks ahead of us and we have a lot to prepare for.”

“The assumption was Tipp won well in their first two games and they were handy and we were odds-on favourites,” said Mullaney. “You earn everything. It’s Championship. They came here with a method and a plan but I think our girls showed up and played their way through it and won going away in the end.

Galway defeated Kilkenny by 1-13 to 0-15 despite losing Catherine Finnerty to a first-half red card.

“We are delighted in the end. It was a fair battle between the two teams and I think we really bring out the best in one another. You want to be playing the top teams so it will bring the two teams on going forward in to the knockout stages of the Championship.

“We’ve picked up a lot of injuries along the way and it just opens up opportunities for other players to come in and nail down a place in the team,” said Galway’s Player of the Match Aoife Donohue.  “We are lucky enough that we have a really strong panel.

“Going down to 14 we were are all absolutely out on our feet and it’s just a credit to the girls. Kilkenny had an extra player and I’d say it (the sending off) was only five minutes in to the first half.

“Credit to all the girls, there was great character shown by all the team. What’s promising is that the work rate of all the girls while being down to 14 players.

“It was unfortunate for Catherine (Finnerty) as she has been flying it so we will look at it and hopefully she will be back with us for the next day.”

Meanwhile in the relegation play-offs, Down will play Offaly with the loser of that fixture going on to play Westmeath.

Cork didn’t have things all their own way against Waterford at Páirc Uí Rinn and fell behind to two early goals, but green flags from Katrina Mackey and Amy O’Connor in first half stoppage time turned the tide Cork’s way as they prevailed by 2-18 to 3-9.

Aisling Maher’s goal with five minutes of normal time to play at Páirc Esler in Newry was the crucial score in a 1-9 to 0-11 win for Dublin that preserves their senior status for another year.

Clare had just three scorers in their 2-12 to 0-12 win over Westmeath at Cusack Park in Ennis, but two of them – Eimear Kelly and Áine O’Loughlin – found the net in the first half to give the Banner women a solid platform and set up a junior and senior double for the county over the weekend.

Limerick travelled to Banagher and while they led the whole way through the game, goals from Orlagh Kirwan and Mairéad Teehan kept Offaly in contention. It was tied at 0-15 to 2-9 before Caoimhe Costelloe’s eighth point of the game and another from Mairéad Ryan sealed the win.