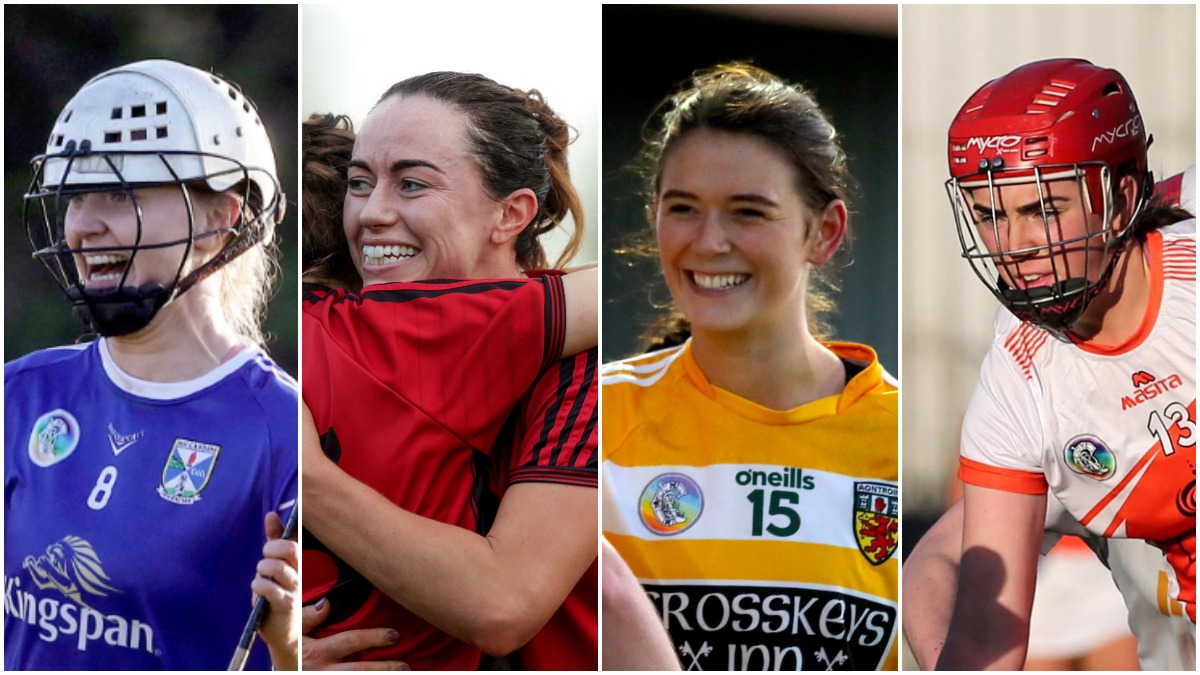 The development of Camogie in Ulster was advertised in no uncertain terms, with the province set to provide all the contestants in the Liberty Insurance All-Ireland Intermediate and Premier Junior Camogie Championship Finals on December 5.

Antrim and Down will contest the Intermediate decider, while Cavan, who have already claimed the Nancy Murray Cup as Junior A championship this month, will look to complete a unique double when they cross swords with Armagh.

Down were beaten finalists two years ago before falling at the penultimate hurdle to ultimate victors Westmeath 12 months ago, and they accounted for 2017 champions Meath by 0-14 to 0-8 at St Tiernach’s Park.

The Royals were back in the Intermediate Championship after suffering relegation from the senior ranks in 2019 but they were always second best in Clones, apart from a period of about 10 minutes in the final quarter, when they reduced the margin to three.

But Down always gave the impression they had another gear and confirmed that as Niamh Mallon fired a brace of points and the excellent Saoirse McCartan added another score to confirm their qualification.

Down led by 0-6 to 0-2 at half-time, which flattered Meath, as the Mourne County outfit shot some bad wides and failed to capitalise on a couple of goal opportunities. Mallon adopted a deeper role than many have been accustomed with and got on plenty of possession, while Fionnuala Carr was extremely effective picking up breaking ball in front of her full-back line, ensuring the legendary Jane Dolan was starved of possession.

Paula O’Hagan gathered a clearance quickly and returned it from 50m over the black spot, followed with a pointed free and Mallon flashed a shot just over when a goal was on.

Sinéad Hackett and Aidín Slattery got on the score sheet for Meath but another converted free by O’Hagan and a splendid strike by McCartan, after winning possession herself and exchanging passes with the industrious Lauren Clarke, put Down four ahead at the break.

Their grip tightened after the resumption, O’Hagan continuing to punish the indiscretions of the Meath defence, while Sara-Louise Graffin and McCartan added to the tally from play and though the Royals were determined, they ultimately fell short.

There was rarely any doubt about the verdict in the second Semi-Final in Inniskeen, where Antrim prevailed by 0-14 to 0-3.

The Saffrons found scores much easier to come by in general play, and three apiece from Maeve Kelly and Catherine Dobbin were at the heart of their 0-9 to 0-3 interval lead. Róisín McCormack also found a neat score, while Nicole O’Neill landed a pair of points from frees.

The midlanders failed to trouble the scoreboard operator in the second half and the game fizzled out to its inevitable conclusion, O’Neill slotting three frees to bring her tally to five, with McCormack and Lucia McNaughton completing the scoring.

Cavan put on the after-burners in the second half to leave Athleague with a resounding 2-16 to 1-6 success over the hosts in the Liberty Insurance All-Ireland Premier Junior Semi-Final. Shauna Fallon opened the scoring for Roscommon with a goal but points from Sinéad McKenna and Shanise Fitzsimons helped the Junior A champions draw level at the interval, 0-6 to 1-3.

It was one-way traffic in the second half, Róisín O’Keeffe’s goal putting daylight between the sides. Fitzsimons added another major in the 55th minute to ensure the continuation of the Breffni women’s fairytale run.

Tyrone were no match for Cavan in the Nancy Murray Cup decider but parked their disappointment from that setback with a display of goal-scoring that threatened to derail Armagh’s aspirations, before Eimear Smyth goaled twice for the 2016 finalists to advance, 2-10 to 3-4 in Crossmaglen.

Ciara Donnelly and Rachael Merry helped Armagh into an early lead but Norah Ward registered Tyrone’s first goal, after strong work by Reagan Fay, and then Kelley Cuddy’s delivery from distance travelled all the way to the net. Cara Little raised another green flag and it was 3-1 to 0-5 at the change of ends.

Armagh poured forward in the second half but found the Tyrone defence in obdurate form, providing an exhibition of excellent hooking and blocking, while Úna McCann made a couple of fantastic saves. There was nothing the ‘keeper could do about Smyth’s rocket to reduce the margin to one.

McCann was called into action once more to deny Leanne Donnelly but the onslaught eventually told, Smyth pulling first time off the sod for her second to edge Armagh home.