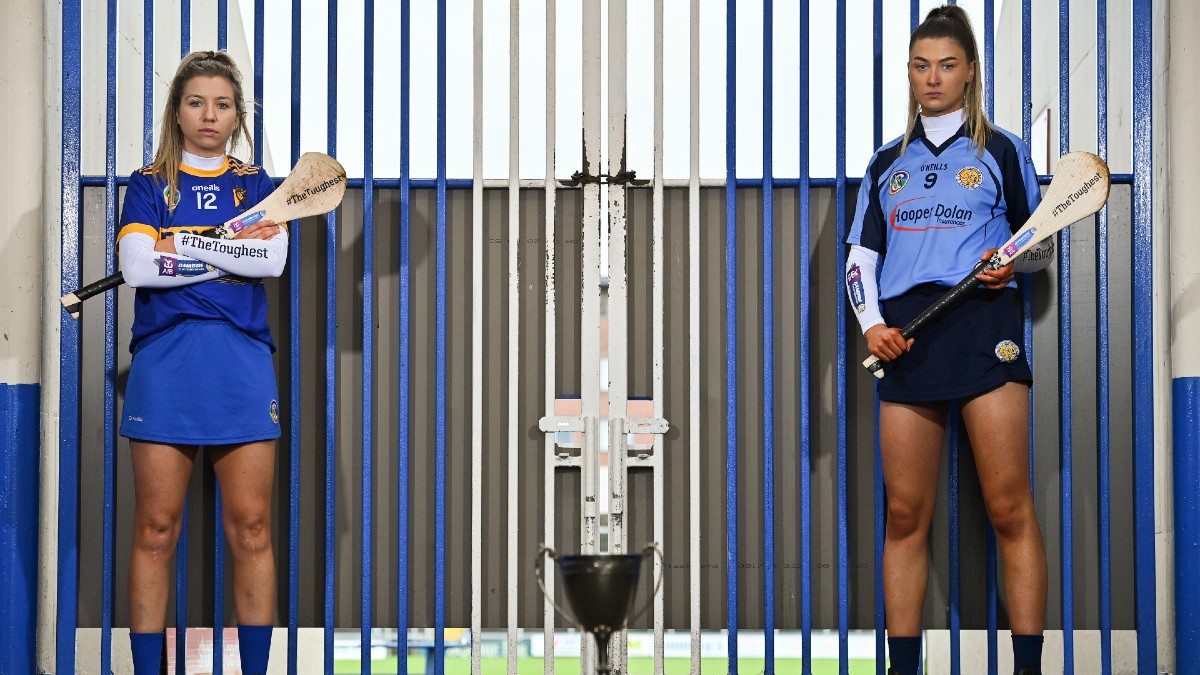 The Munster side completed a four-in-a-row of domestic titles after getting over St. Anne’s (2020) and De La Salle (2021).  And they didn’t concede any goals in the provincial decider against Thurles Sarsfields and the All-Ireland semi-final over Clarinbridge.

St. Rynagh’s had to negotiate plenty of travelling to get themselves back into the national decider.  They won contests away to Rathnure and Myshall before defeating Celbridge in the Leinster Final at Clane.  But they turned on the style with a 3-13 to 1-3 All-Ireland semi-inal victory against Eglish.

At the AIB launch ahead of Saturday’s game, Darren Kelly got a chance to get the thoughts of Gaillír goalkeeper Ciara Jackman.

Throw-in at Semple Stadium on Saturday is 1.30pm.

The final will be be streamed live on the Official Camogie Youtube Channel.

This year’s AIB Club Championships celebrate #TheToughest players in Gaelic Games – those who are not defined by what they have won, but by how they persevere no matter.