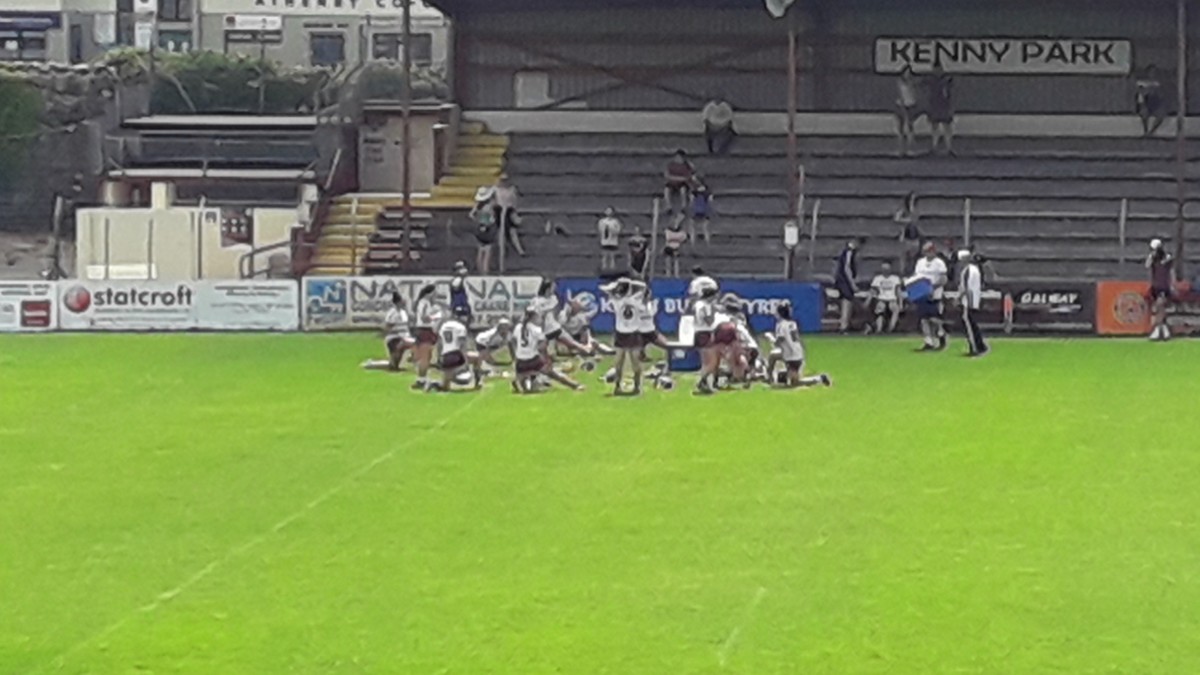 The final scoreline was no surprise as last year’s runners-up Galway commenced their championship campaign with a 17-point victory over Westmeath.

Two Aoife Donohue goals and a Noreen Coen strike ensured Cathal Murray’s charges were never threatened on the scoreboard as they freshened up their squad up with five changes from the league final defeat.

Westmeath’s challenge in Group 3, which also contains All-Ireland champions Kilkenny, is mammoth But they did provided a sterner challenge then the result suggested.  After a disappointing conclusion to their league campaign, the midlanders are aiming to simply survive in the top flight.

A scorching day in Athenry made covering the game from the press area a challenge let along the energy zapping from the players on the field.  And credit must go to referee Ray Kelly who wisely opted for two water breaks during the second half.

Westmeath dropped a player back looking to curtail their opponents’ attacking threat.  Fiona Leavy covered the space, captain Muireann Scally came to centre back with Aoife Doherty operating in midfield.

Darren McCormack’s team gave the three-time champions a conundrum to unravel but Galway did lead 0-3 to 0-0 by the 10 minute mark.  Sarah Spellman won a foul for Dolan to convert, Donohue’s excellent diagonal ball allowed Catherine Finnerty register, before Dolan got her second.

Westmeath replied two minutes later with their first as Meabh Scally supplied Megan Dowdall.  But playing with a forward short meant they often found it difficult to bypass the Galway half back line.

At the other end, the leaders eventually picked Westmeath’s lock on 14 minutes.  Ailish O’Reilly sent Donohue coming through coming from the left and the Mullagh winger hit the back of the net.

The Tribeswomen led 1-3 to 0-1 and added another two shortly afterwards.  Finnerty played a part in both setting up O’Reilly for one from play before drawing another foul with Dolan obliging.

Dowdall sent over Westmeath’s second on 19 minutes and they stayed within six points until the closing four minutes of the half.  Niamh Hanniffy’s long drive from midfield was missed a defender and O’Reilly took an unexpected ball before providing Donohue who fired home her second goal.

Niamh McGrath made it 2-6 to 0-2 before another major opportunity resulted in an injury for Dolan as she tried to find a way through.  The Clarinbridge tallisplayer’s afternoon was over and Galway will have concerns regarding her future championship involvement.

Galway’s five changes included multi-time All-Stars Sarah Dervan and Niamh Kilkenny while Siobhan McGrath was an able deputy for Dolan.  The Sarsfields sharpshooter finished a three-player for her opening score before adding a placed ball.

Dowdall’s free left it 2-8 to 0-3 at half-time but they enjoyed a much better third quarter.  After Hanniffy set up Niamh McGrath for the opening Galway point within 35 seconds, the Lakesiders finally snatched an opportunity as Hannah Core’s ground stroke registered their three-pointer.

It was 2-9 to 1-3 before Galway stretched their advantage.  Sarah Healy’s long free allowed O’Reilly see Ciara Murphy behind her who split the posts.  Siobhan McGrath added another placed ball.

Dowdall hit back with her fourth but a sloppy puck out from Galway could have been cruelly punished.  Scally took Healy’s wayward ball before winning a penalty.  Dowdall didn’t get the full contact with her low strike and the St. Thomas keeper made amends with the save.

After the water stop, Galway refocused their assault.  Substitute Coen was denied with Siobhan McGrath tallying the resulting 45.  However, the Athenry corner forward, playing on her home turf, did make it 2-13 to 1-4 on 48 minutes.

And 60 seconds later, Galway’s third green flag was achieved.  Finnerty and Siobhan McGrath were the instigators to allow Coen put the ball over the line.  The game was over long before that and Kilkenny, Coen and Finnerty concluded their account.

Westmeath finished with a Dowdall ’45 and will look to positive moments that can yield dividends if maintained for a sustained period.  They’ll find it hard to avoid the relegation play-offs but one big result, like Limerick last year, can save their year.

The challenge facing Galway will stiffen next week when they host a Clare team who pushed Kilkenny to six points.  A win will ensure a knockout spot and allow more fringe players an opportunity to impress.  They need to trust their instinct in front of goal to be more efficient!