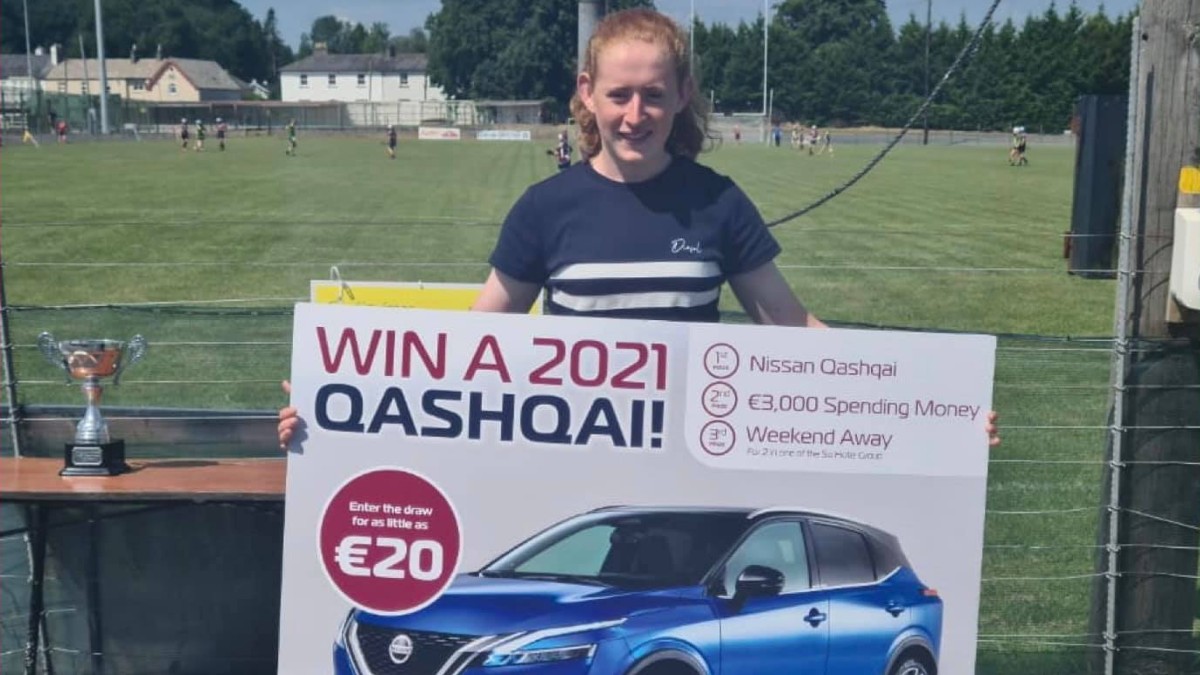 Áine Keane lit up Seán Eiffe Park in Ratoath as Galway outscored Meath by 5-13 to 2-9 to conclude their All-Ireland Intermediate Championship campaign with a 100 per cent record.

The teams were level four times in the opening 23 minutes but two goals in a minute from Keane, who finished with 2-7, and an Elisha Broderick screamer opened a gap that the home team never looked likely to wipe out.

The irrepressible Jane Dolan got the scoring under way but Galway were quick to respond and when Keane pointed a free in the 14th minute, it brought the sides level at 0-3 each.

Keane had an answer once more, this time from play, when Megan Thynne edged Meath in front and the 19-year-old sharpshooter provided a stupendous goal to put some daylight between the teams for the first time in the 25th minute.

The St Thomas talent showed good strength to gather possession from Rachael Hanniffy’s delivery and once she had done so, had thoughts only for a major score, coming in from the right corner, flummoxing the cover with a classy shimmy and finishing coolly under pressure from a tight angle.

Keane was at it again just over 60 seconds later, beating two defenders before feeding Elisha Broderick, who provided as definitive a finish as you could ask for to the far corner. Two more points from Keane and it was 2-6 to 0-5 at half-time.

Meath were facing an uphill battle as a result of that minute of madness while a buoyed Galway were liberated. Mairéad Dillion blasted a third goal from close range early after the restart, and though Máire Kirby found the net at the other end pretty quickly after good work by Kristina Troy and an error by Galway netminder Fiona Ryan, Keane raised her second and her team’s fourth green flag almost immediately.

Dillon grabbed her second goal later on and though Meath never gave up and Kirby too found the net a second time, they had no answer to Galway’s firepower. The Royals do have a quarter-final to look forward to however, when they will hope to have some injured players available, while whether Galway’s position as table-toppers earns them a semi-final berth on August 28 will be revealed tomorrow.

The other group winners in contention for those direct last four positions are Kilkenny and Derry, the latter having come through Group 3 with an unblemished record also after accounting for Tipperary by 1-17 to 0-9 on Saturday. Tipp join Kildare and Carlow in the relegation play-offs.

Kilkenny had lost to Antrim earlier in the competition however, and with the Saffrons inflicting a 3-16 to 1-7 defeat on the Lilywhites to ensure a berth in the quarter-finals on August 21, needed to get the better of hitherto unbeaten Cork to do so.

A 58th minute Hannah Scott goal helped them do just that, the 2-7 to 0-9 result edging the Rebels out of contention on score difference, having gone into Saturday’s action on top of Group 2.

Dublin’s second team secured their intermediate status and left Carlow’s under threat by virtue of a 4-11 to 2-9 triumph at Trinity Sports Grounds, Siobhán Kehoe and Ciara Holland sharing the four goals and Kate Garry Murphy grabbing a brace for the vanquished.

In the Premier Junior Championship, Cavan defeated Down by 1-11 to 1-3 at Kingspan Breffni to cement their quarter-final spot from Group 3, Limerick having already assured themselves of top spot.

Armagh and Clare are the other group winners in contention for direct spot to the semi-finals, with Wexford and Roscommon looking forward to quarter-final jousts.