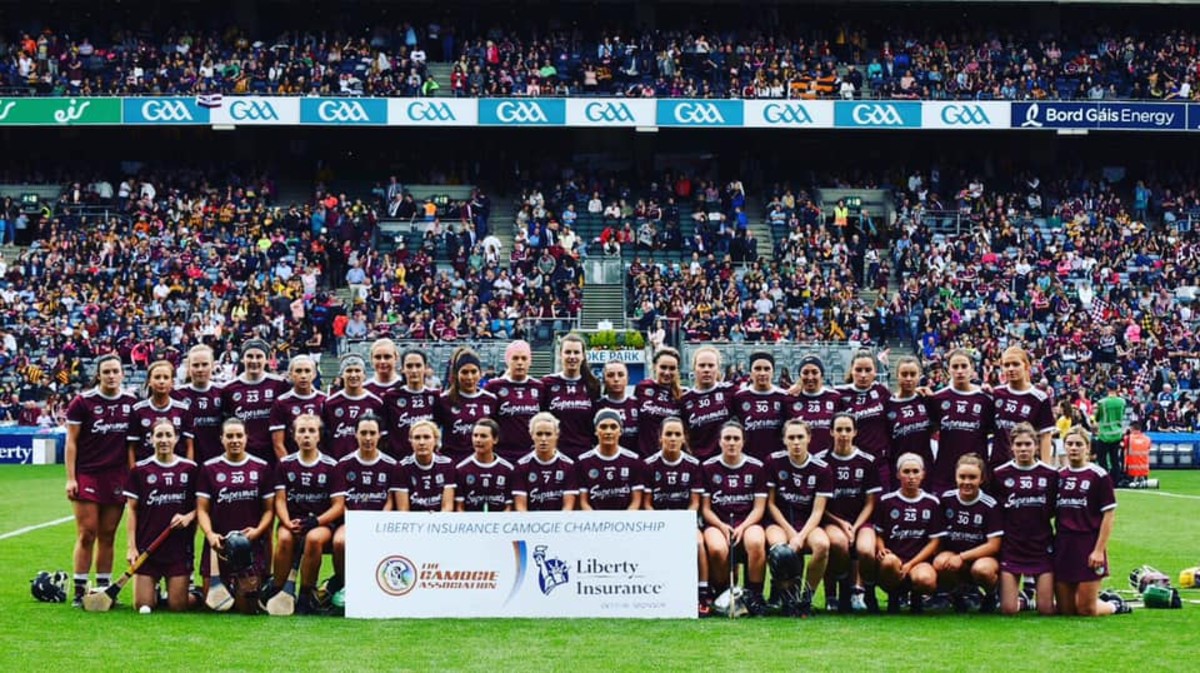 A brace of first-half goals from Niamh Hanniffy and a peach from Aoife Donohue on the first half were the highlights as Liberty Insurance All-Ireland Senior Camogie champions Galway swatted under strength Offaly aside with ease at a rain-sodden Pearse Stadium.

The 3-13 to 0-3 victory means that Cathal Murray’s side will play host to Cork next week with both sides assured of a place in the final six but a direct berth to the Semi-Final available to the victors as Group 1 table toppers.

The damage was done in the first half, though Offaly would not have been too downhearted to be trailing by 0-6 to 0-0 approaching the first water break. Hanniffy struck in that period’s final act however and it was a significant rapier thrust.

It was wonderfully crafted, the stellar Aoife Donohue winning the opposition puck out after a Carrie Dolan point, and delivering diagonally to Orlaith McGrath, who gathered smoothly and turned to carry.

She then transferred to Ailish O’Reilly, who spotting a trademark run from deep by Hanniffy and sent a perfectly-weighted one-handed stick pass into the centre.

Hanniffy controlled and shot without handling but Offaly goalie Mairéad Jennings had sensed the danger and advanced quickly, bravely blocking with her body. There was nothing she could do about the rebound though, which Hanniffy tucked home off the sod with aplomb.

The half-forward’s second goal arrived right on the half hour, and again it was the Donohue-McGrath tandem involved, the midfielder hitting her pacy teammate with another astute diagonal.

McGrath left the cover for dead with a lightning swivel and solo deep into danger territory before feeding Hanniffy, whose shot was too powerful for Jennings to keep out.

Dual player Gráinne Egan shot Offaly’s only score of the opening period with an outstanding effort off her left but Niamh Kilkenny raised the flag four times and Galway led 2-11 to 0-1 at half-time.

Conditions worsened and with the game won, it was perhaps no surprise that the scoring rate slowed, though that wasn’t the indicator when Donohue pounced with a 34th minute glimpse of art.

Offaly looked to have averted the initial danger provided by another McGrath run but Donohue pounced with the sharpest of pick-ups, advanced into space, and with a shortened hurley and left-sided strike, drilled the sliotar to the corner of the net.