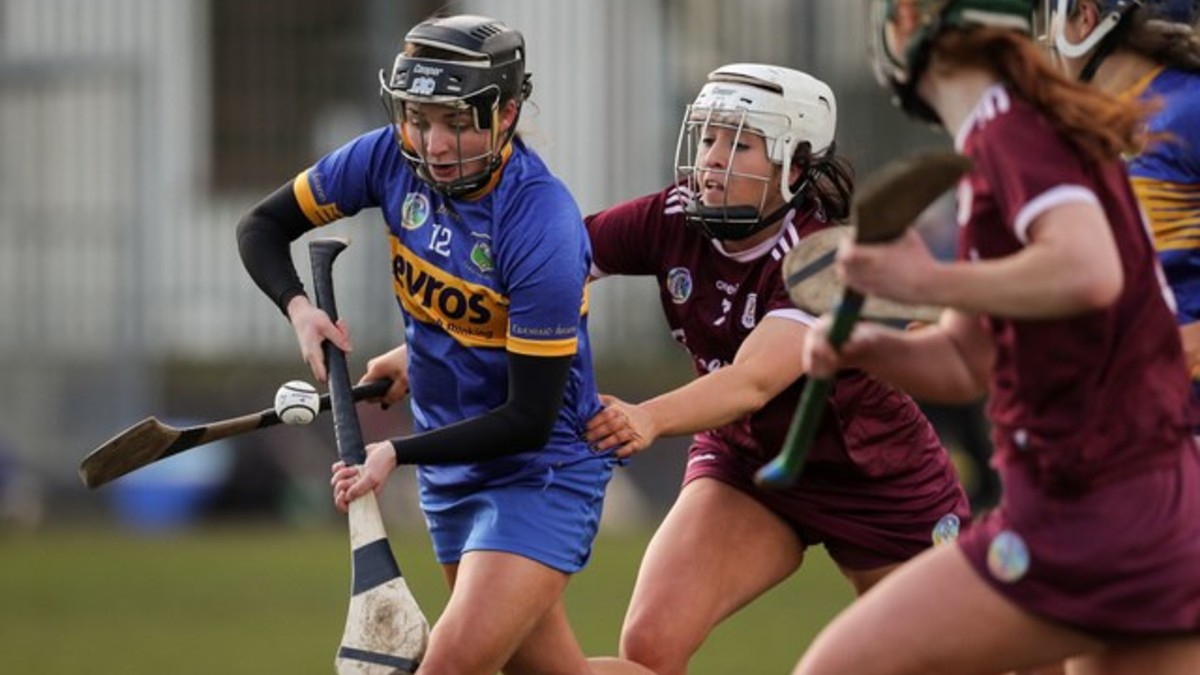 Reigning champions Galway will put their crown on the line this weekend as they enter their first knockout match of the Championship. It has been a successful campaign to date for Cathal Murray’s side that finished top of their group to secure straight passage into the Semi-Final.

In a group that contained some difficult challenges, the team continued to get stronger as the weeks progressed. An away trip to Wexford was first on the bill and a high scoring game with eight goals scored was played out in Bellefield.

The Connacht side ended with a 5-17 to 3-9 victory to set them on their way after goals from Catherine Finnerty, Ailish O’Reilly (2) Niamh Hanniffy and Aoife Donohue done the damage for the Tribeswomen.

That result was followed up with another fine performance in the following fixture, this time they welcomed Offaly to Pearse Stadium, where they put on another show to secure a 3-13 to 0-3 victory, with Niamh Hanniffy scoring two more goals and Aoife Donohue also finding the net for the second game in succession.

That result meant qualification to the knockout rounds was secure. The final fixture would decide whether it was a Quarter-Final or a Semi-Final appearance that they would earn. Indeed, it was a tasty fixture that remained as it was a repeat of the 2019 All-Ireland Semi-Final clash between two heavyweights of the game, Galway v Cork.

Galway looked strong in all areas of the park and completed a professional performance to secure top spot with a 0-15 to 0-12 victory. While the margin of victory was only three points, Galway keeper Sarah Healy did manage an early penalty save which could have changed the outcome of the game had that strike found the back of the net, but it wasn’t to be and the Connacht side marched on to another Semi-Final berth.

Tipperary are back in the Semi-Final stages for the third successive year after falling at the same hurdle in the previous two campaigns. They are no doubt a stronger outfit this year, and their results to date have backed up that claim after a superb League campaign that saw them reach the Final, only for COVID-19 to draw a halt to the competition.

They have since brought that form into their Championship campaign after securing qualification to the Quarter-Finals from Group 3. Bill Mullaney’s side scored a combined 1-33 in their two group fixtures with Clare the only team to break through the Tipperary rearguard and find the net.

Their group exploits earned them a Quarter-Final appearance against their Munster counterparts Waterford, in what turned out to be a tight contest in the opening half in Páirc Uí Chaoimh two weeks ago.

The Premier County led by 0-8 to 0-6 at the interval after a cagey opening half that saw both sides fearful of making any mistakes. Cáit Devane looked in supreme form from placed balls and continued to knock over scores with relative ease.

Indeed, the scoreline finished with five points between them, but the Semi-Finalists never seemed in trouble of losing the game after they grabbed the only goal of the game on the 40-minute mark. Despite the attacking prowess which Tipperary possess the goal came from the most unlikely of sources as centre half-back Karen Kennedy broke up the pitch to latch onto a loose ball and find the net.

It was excellent game management after that as Tipperary wrapped up a 1-12 to 0-10 victory to secure their place in the Semi-Final. Clare remain the only team to score a goal against them proving that their defence are as solid and secure as their forward line are clinical.