CAMOGIE: Group stages set for thrilling conclusion with all to play for 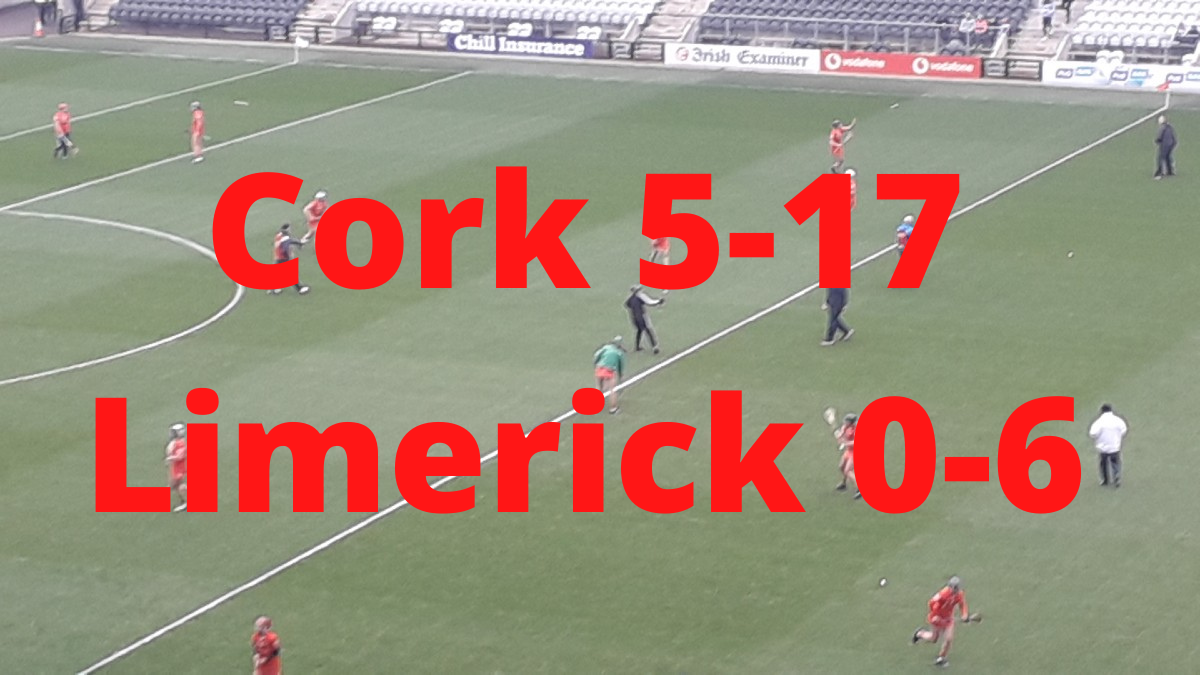 Cork strolled to a facile triumph against Limerick in their Littlewoods Ireland Camogie League Division 1 Group 2 game, starting explosively before it finished 5-17 to 0-6 at Páirc Uí Chaoimh.

Kilkenny are the most successful team in the League in the past decade but the champions survived a huge scare, needing a point right at the death from Kellyann Doyle to snatch a 1-8 to 0-10 victory over Clare at Cusack Park.

The Bannerwomen have nothing tangible to show for their two ties but after leading Cork at half-time last weekend, and then following that up with this outstanding display, they have illustrated a level of form that suggests they are building on the progress made in recent years.

Denise Gaule had an early penalty brilliantly saved by Doireann Murphy and Caoimhe Carmody pointed at the other end to give Clare the lead. Katie Nolan and Eimear Kelly, and then Katie Power and Lorna McMahon swapped scores but a goal from Miriam Walsh in the 27th minute was to prove the critical score as it ensured the Cats never fell behind again. Gaule and Laura Norris followed up with points and though Aoife O’Loughlin replied, it was 1-4 to 0-4 at half-time.

It was nip and tuck for much of the second half, during which Gaule drove over from a second penalty, not long after Murphy had made another brilliant save, this time from Katie Nolan. Carmody registered a brace of points to keep the hosts in touch and when McMahon and Kelly raised further white flags, it was a one-point game.

With just over a minute of normal time remaining, McMahon equalised from a free she had won herself but the mentality of champions was shown as there was still time for Doyle to venture forward and bag the winner, meaning that Kilkenny will now play Cork on March 12 for a place in the final as group winners.

In Group 1, All-Ireland champions Galway were put to the pin of their collar for a long while by Down before opening up in the second half to record a 4-17 to 0-8 triumph in Liatroim. The Mourne side welcomed Niamh Mallon back after her heroics with Portaferry and she was to the fore as the they went in at the change of ends trailing by just 1-5 to 0-5.

The Maroons opened up after the resumption, a return of 2-5 in the final few minutes giving the final score harsh look from the Down perspective. Rebecca Hennelly finished with a hat-trick of goals for the winners, with Aoife Donohue grabbing her second major of the competition. The result means that Galway will do battle with Tipperary in a fortnight to determine the group winner and Division 1 finalist.

Dublin built on a decent opener against Galway by outgunning a young Offaly team that must do without the St Rynagh’s contingent at present by 1-12 to 0-2. Adrian O’Sullivan and his backroom staff made a couple of key positional switches from last week’s outing, which along with a first start of the season for skipper Hannah Hegarty paid rich dividends in Moneygall.

Aisling Maher shot five points in the first half, which allied with a goal and a point from Aisling O’Neill established a 1-6 to 0-1 interval lead over Offaly, whose score was provided by Sarah Harding from a free.

Kerrie Finnegan came into the fray in place of Maher at the interval but it made little difference in terms of the Dubs’ marksmanship from placed balls, as O’Neill inherited the duties and split the posts twice. The Castleknock sharpshooter slotted a couple of more scores from play to bring her tally to 1-5 as the Blues inexorably pulled clear.

Jody Couch and Niamh Gannon also pointed but Offaly’s efforts were rewarded with the final say, as Harding converted another free before the final whistle.

* Meanwhile in the AIB All-Ireland Junior Club Championship, Eoghan Rua (Derry) beat Athleague (Roscommon) by 1-12 to 0-6 in the rescheduled semi-final to set up a final clash with Clanmaurice (Kerry) next weekend.