CAMOGIE: “I don’t know how we did it” – Brian Dowling 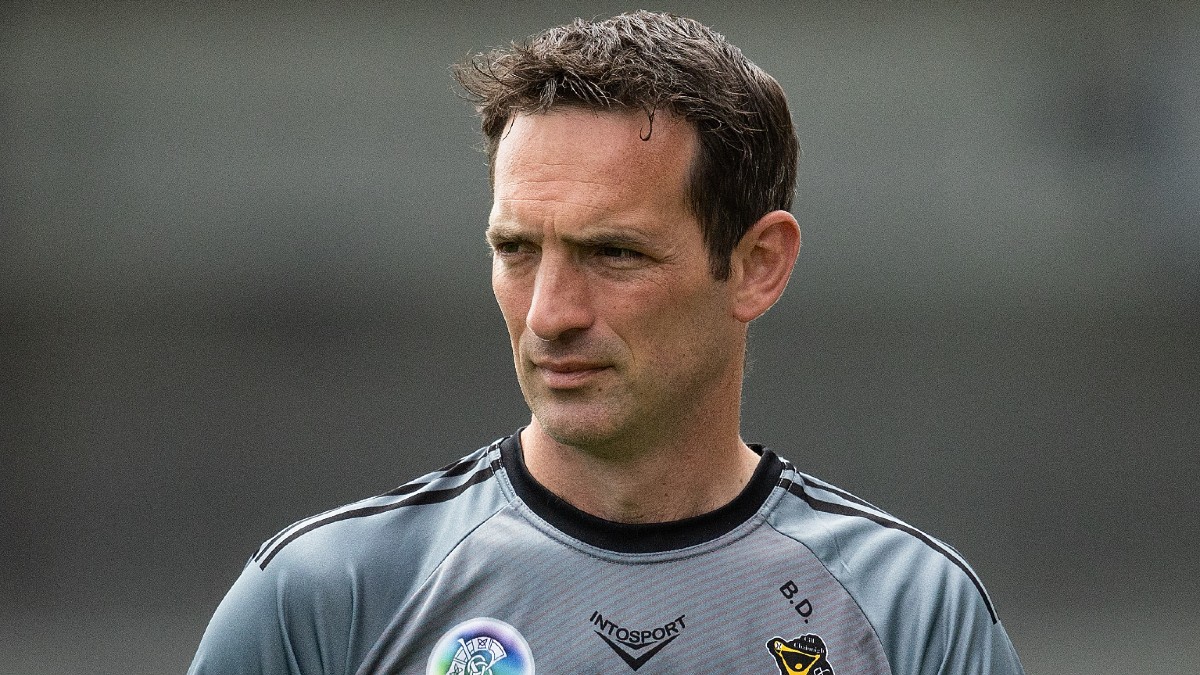 Brian Dowling admitted that his side were lucky to book their place in next Sunday’s Littlewoods Ireland Camogie League Division 1 final at Croke Park but hailed the character of his side and the leadership of Denise Gaule for chiselling out a 3-12 to 0-19 win over Tipperary in a thrilling encounter at UPMC Nowlan Park.

Cáit Devane gave an exhibition in the first half for Tipp, with eight points shared evenly been frees and scores from play and added three more in the second as the Munster side held the whip hand for the majority of proceedings.

Gaule’s 30th minute goal from a penalty, after being fouled herself kept her side in touch, 0-9 to 1-3 down at half-time, but the Cats were still five points behind when Gaule and Katie Nolan goaled twice in a minute, five minutes from the end of normal time to draw level, Devane having had time to split the posts in between those scores.

Twice Tipp hit the front again but Gaule was winning frees and converting them, and the last two in injury time edge the Noresiders over the line.

“I’ll be very honest,” said Dowling. “I didn’t see it coming. We were struggling everywhere really. I thought in different patches after half-time we pushed on a little bit but Tipp got the upper hand on us again.

“The one thing I’ll say is these girls have huge character. They don’t like losing matches and we just stayed going. We found some way to win it today. I don’t know how we did it. Players like Denise Gaule really stood up there and was counted, won a few crucial frees. You win the free but then she has to put the ball over the bar as well which showed the leaders she is for this time.

“In fairness to the girls that came in the last couple of weeks made a huge difference and that was a big thing for us as well today.

“We’re disappointed with our performance today and last Saturday as well. Limerick deserved to beat us last Saturday and Tipp were probably the better team today. It is the League, we want to keep improving. We know that performance won’t be good enough next Sunday night in Croke Park but we’re there. We’ve a lot to learn. It’s good to be learning winning rather than losing. The League is about finding out about our players and we’re learning a lot about our players.

“There’s huge character in this team and maybe that belief has come from winning (the All-Ireland) last year. We know we’re not playing as well, we’re not hitting big scores in games and that’s something we ned to improve on but another week to go to the League final and we’re looking forward to that and then look forward to the championship.

“We had a team picked for Thursday night and we had to make two late changes. We had a very light training session on Thursday night and Claire (Phelan) and Collette (Dormer) got injured. They’re huge losses. They’ve been playing for Kilkenny for many years. Katie Power is getting very close as well and we hope she’ll be 100 per cent for the championship. That’s our target for Katie.”

Mullaney faced up the countless media duties, clearly gutted but buttressed by the pride that clearly coursed out of him by virtue of the efforts of his players, and their tremendous application of a game plan that befuddled their vaunted opponents.

“I thought we were impressive going forward. We put up 19 scores. And not to come away… we might have made a couple of mistakes but who doesn’t? We just got punished for them and that was the difference in the end.

“But this is camogie at this level. This is what you have to be doing. This isn’t a gimme sport. This is ladies at the top of their game for both teams.

“There’s no such thing as hard luck anymore. You’ve to make your own luck and we didn’t. That’s it. We’re experienced now. We’ve been around. We’re improving. We have to improve another small bit and keep going but it’s in us. I think if we get one, we’ll get a few but it’s getting that one. I think last year, if we’d got to play the final (Tipp had qualified before the League was cancelled due to Covid lockdown), even if we’d lost it, it would have crowned us and we’d have turned another corner. But our ladies today were absolutely fabulous. They left everything on the field. And if you lose after leaving everything on the field, you can’t complain.

“The belief is there. They want to play matches. They’ll be devasted for a week but they’re all athletes, they’re all GAA people, they know the give and take of this and they’ll get back around themselves.”