CAMOGIE “I sat up, looked down and my leg was pointed one way and my foot another… I still have a plate from my ankle to just below my knee. And I have eight screws and a bar across through my ankle at the end.” – Dublin’s Aisling Maher 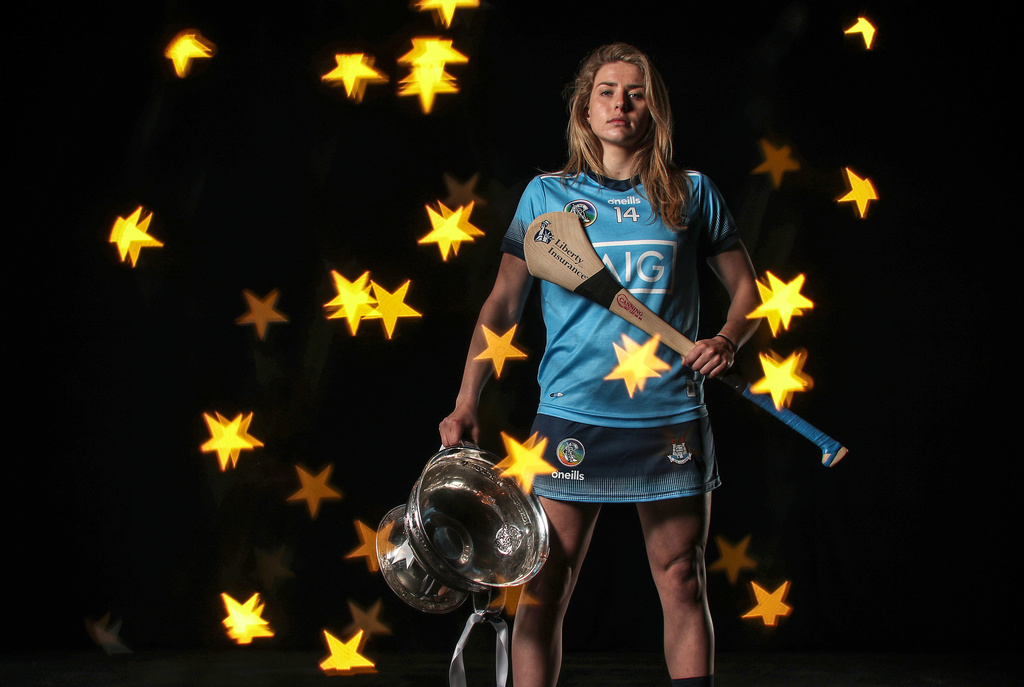 A degree of chaos has been known to stimulate creativity but most flourishing environments have consistency at their core.

Dublin should be a Camogie force and threatened to become just that when reaching the Liberty Insurance All-Ireland Senior Camogie Championship Semi-Final for the first time in 27 years in 2017.

In subsequent seasons they have had four different management structures however, making sure that the long-standing issue of player turnover persists.

David Herity ended his two-year stint in 2018. Frank Browne got one year before John Treacy and Willie Braine took over for the current campaign. The experienced duo handed in their notice at the beginning of the month, leaving intermediate boss Dave Dunning to step into the fray.

In those circumstances, last Sunday’s performance against a Tipperary side that already had a Championship game and is very settled following two consecutive All-Ireland Semi-Final appearances and a brilliant League campaign was promising.

Five points separated the teams in the end and that margin means a draw will do against Clare at Fr. McNamara Park today to qualify for the All-Ireland Quarter-Final, the Banner women having lost by nine to the Group 3 table toppers.

It was particularly heart warming to see Aisling Maher’s increasing influence for the Dubs. The former All-Star took a year out in 2018 to go travelling but has had a terrible run of injury since, including a horrific accident that threatened her future as a sportsperson – not that she paid any notice to that threat.

“It’s a nightmare since I came back”, says Maher with the hearty laugh of someone who is thankful to be able to lace up a pair of boots again.

“I haven’t managed to get into it at all. I came back at the start of last year, was going well, felt like I was getting myself up to fitness and just before the Leinster Championship, I ended up with a stress fracture across the head of my femur.

“I was probably a bit naïve, with a bit of refusal to accept it and tried to play through it and wasn’t of the standard I’d expect of myself as a result.”

She finally shook that off before last year’s Club Championship and helped propel St. Vincent’s to County and Leinster glory. Two days after the replayed provincial Final, Maher fell off her bike.

“I ended up with a double break in my leg and a break and dislocation in my ankle. I sat up, looked down and my leg was pointed one way and my foot another. I went in for emergency surgery where they put in plates and screws and a bar.

“I still have a plate from my ankle to just below my knee. And I have eight screws and a bar across through my ankle at the end. So there’s enough there to set off any metal detector in an airport.

“I was told I would never play again but everybody’s been told that for something or other, haven’t they? I kinda knew that wasn’t going to happen.”

A revised prognosis suggested six months from December so Maher halved that in her own head, targeting an All-Ireland Final in March if Vincent’s could make it. She knuckled down, starting with sit-down boxing while looking down at her teammates training outside. Sarsfields ended the All-Ireland dream but Maher was actually back on the pitch for Dublin in February.

The initial COVID-19 Lockdown halting all sport gave her time to improve fitness and mobility. With a chunk of steel in her leg, she will be compromised in terms of flexibility unless she has it removed. It’s an option when this campaign is over but she is in far better nick than six months ago.

It says much for the mindset of the Dublin squad that they were disappointed to lose to Tipperary, especially given their dreadful build-up.

“It’s been a difficult year for everybody and everybody’s had challenges but we had a turnover of management three weeks ago on top of that. That’s new game plans, new puck out strategies, management getting to know girls for the first time.

“We were under a fair bit of pressure the last three weeks. Any challenge matches we were playing, girls were only getting 20 or 30 minutes because management were trying to get to see a panel of 34 players in a very short period.

“Things as simple as the position you’re playing or the way you’re being instructed to play, everything changes when you change a management team. You might have girls getting a look-in that weren’t playing and vice versa. It turns the whole set-up on its head. Regardless of whether you’re upset, delighted or indifferent to it, it’s gonna impact on your playing.

“You’re starting from scratch but it was probably the best thing to have Championship looming because it meant that we couldn’t spend weeks and months on end, back and forwards between county board and management and everything else to try sort things out.

“We had a couple of weeks where we were off training on our own until somebody came in and that might have been elongated if we hadn’t the pressure of the Championship coming up.”

Disruption has been just about the only constant theme of the past few seasons. Maher, who turns 25 next month, illustrates the benefits of regularity well, pointing to Cork under Paudie Murray, Kilkenny with Ann Downey, and Brian Dowling moving into the hot seat in Downey’s stead having been part of the coaching set-up last year.

“Management being in consistently like that for a longer period of time enables the formation of a culture and team-based beliefs, and something that becomes stronger over time, and is easier than in turn for players to buy in to.

“In comparison, in Dublin Camogie, we’ve had four managers in the last three years. From a player’s perspective, it’s a challenge every time that you go in and decide to play under a new management, even more so than just normally going back after an intercounty year.

“You question that a little more when it’s a new manager. You don’t know will their style suit yours. Will you get a look-in? Is it going to be messy or professional? That’s something we’ve really struggled with over the last few years.

“Orla Beagan came back and played with us last year. She’s one of the most talented players to come through Dublin Camogie and last year was the first time herself and myself played together, despite the fact we’re in and around the same age. And she’s not there again this year. We have a lot of that.

“It’s difficult to convince girls to commit year-on-year when there’s a lot of change.”

Maher praises the impact Dunning and his coaching staff have had, and the response of the players to the new information. What happens next is for after this Championship. Making the last six, in this most horribilis of anni, would be a very positive message.

“Between the leg and injuries and everything that’s been going on this year, we’re just extremely grateful to be on the pitch and playing. We’re in a very privileged position to be able to train and play.

“But the nature of playing elite sport is as soon as you’re allowed to play, you want to win, and hopefully get to look forward to a Quarter-Final after that. That’s what we will be striving to do.”