CAMOGIE: “I thought I would never get the chance to play in Croke Park” – Hannah Hegarty 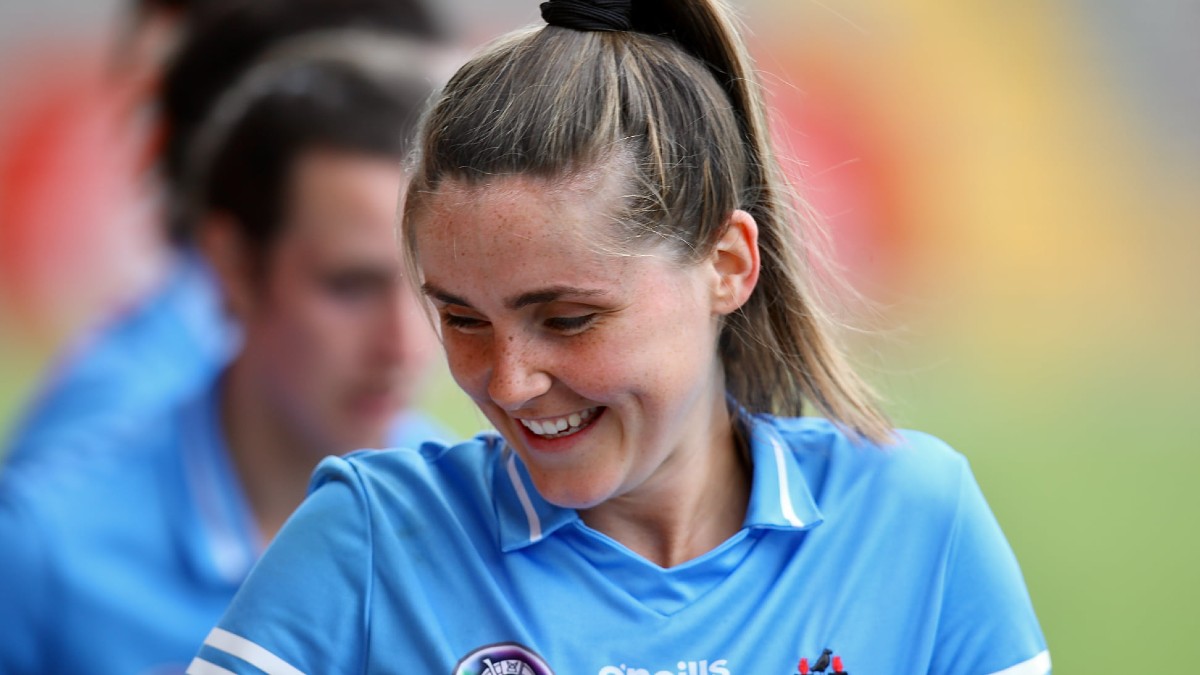 Tomorrow is an important day for camogie in Dublin, and another step forward for the sport on a broader level, as the county’s senior team plays host to Down in the Littlewoods Ireland League as the first leg of a double-header at Croke Park (1.45pm throw-in).

Being twinned with the Dublin-Donegal GAA football league outing adds lustre to an outing that may not have direct impact on promotion or relegation but in developmental terms, helps to open the window for a new set of fans and to supply one more piece of the jigsaw in giving camogie’s players an equality of standing with their other Gaelic games counterparts.

Apart from a few, this will be a first experience for Adrian O’Sullivan’s charges and one of the stars, Hannah Hegarty is unsurprisingly looking forward to it.

“It’s massive,” admits Hegarty, not even attempting to downplay the occasion.

“Adrian said there was no point saying it was just another game because it clearly isn’t. Nearly all the team, it was be the first time playing there, and it will be the first time for them to play a senior match in Croke Park so we’re just delighted and excited about that.

“I thought I would never get the chance throughout my career to do it. I just didn’t see it happening. Some of the girls have played Cumann na mBunscol, some played on the junior team that won the All-Ireland a few years ago which was great but it’s my first match.

“Hopefully now we can get more games in Croke Park in the future and not just for Dublin. It’s where everyone wants to play and we are really looking forward to it. But it could be great now if we could get a few more double-headers.”

O’Sullivan was sensible in not trying to hold back the tide in terms of playing down the occasion but he will be anxious that it does not become an inhibiting factor once referee Philip McDonald gets the action under way.

Hegarty is certainly zeroed in on being able to produce her best.

“We’ve still got a game to win. We can’t let the pitch get in the way of that and of getting a performance,” the PE, science, biology and maths teacher at Edmund Rice College in Blanchardstown emphasises.

Dublin have been making progress since O’Sullivan took over last year and after that debut season, which would have been as much about establishing structures and introducing some fresh blood, there has been a clear improvement in performances.

That has given them confidence, to such an extent that there was an element of frustration about not claiming Tipperary’s scalp last weekend, though they could take so much from recovering from a slow start to lose by just four points at The Ragg.

Following a notably competitive effort for a long part of their clash with All-Ireland champions as well, Hegarty agrees that adding to the victory over Offaly is a priority now.

“Turning performances into a result is something we want all right. We have spoken of chasing a performance but a win is the outcome we’re going for. The Tipp game was an opportunity okay but we can take so many positives from it as it gave us tangible progress to see rather than just looking at stats. That performance gives players belief we’re not far off and that’s very important.”

This is the repetition of something Tipp’s Cait Devane has said too, about having the message delivered by management but needing to do it on the pitch for that message to really drive home.

“There is some frustration at not kicking on when we had a chance but it’s getting through, particularly maybe to the newer players, that it’s possible. That just ‘cos there have been some thought times in the last few years, doesn’t mean it’s never going to happen again.

“It is tough, with the turnover of players each year. But people go and live their lives and sometimes camogie doesn’t fit into that. Right now, we have a lovely group with loads of talent and I particularly look at the likes of Aisling O’Neill who exhibits such youthful confidence and you can see the rest of the forwards feeding off that.”

Hegarty was once that exuberant teenager scared of nothing and taking it to the best in the game. She always had strong leadership skills and was captain of both the Dublin minor camogie and ladies’ football teams.

The St Judes’ player finished her maiden season at senior level with an All-Star nomination and the Dublin player of the year award, having been a driving force at wing-back as Dublin reached the All-Ireland semi-final in 2017.

They were unable to build on that however, with more than half the team unavailable the following year. It is a familiar theme in Dublin and Hegarty took a season out herself in 2019. Now, the 24-year-old is a considerable influence in the dressing room and in the midfield engine room.

“I went on a J1 and just felt I would do it then before work and everything else. And I felt it would probably be a time of transition for Dublin so the timing might be right. When you’re playing inter-county, it’s not as if you’re thinking, ’Where can I go on holidays?’ It’s December and that’s about it for anything – holidays and weddings.

“But that’s why I understand if people step away and do different things. That’s the reality of life. But we have a really good group now and I love being involved with Dublin.”

Occasions like tomorrow are just some of the pay-offs, the likes of which didn’t exist for most of her predecessors. But having tasted what it was like to be operating at the higher levels of the code, she is anxious to help Dublin return to being a side everyone is wary of playing.

“Our realistic focus is to want to get as many wins as we can but we wanna be competitive in the likes of All-Ireland quarter-finals, to be consistently competitive with the other teams in the middle rank. The likes of Galway, Cork and Kilkenny are very strong but it is realistic to want to be among the next rank pushing them consistently and getting wins at that level.

“Our county board have been excellent, treating us as well as any Dublin team is treated. They have put us as a big focus and playing in Croke Park is another step. (County chairman) Karl (O’Brien) pushed for us to get in there and hopefully the younger girls will enjoy it and get great pride in playing for Dublin camogie as a result.”