CAMOGIE: “I used to be up in the pitch practising… I wanted to be like Ursula Jacob and Úna Leacy”  – Anais Curran 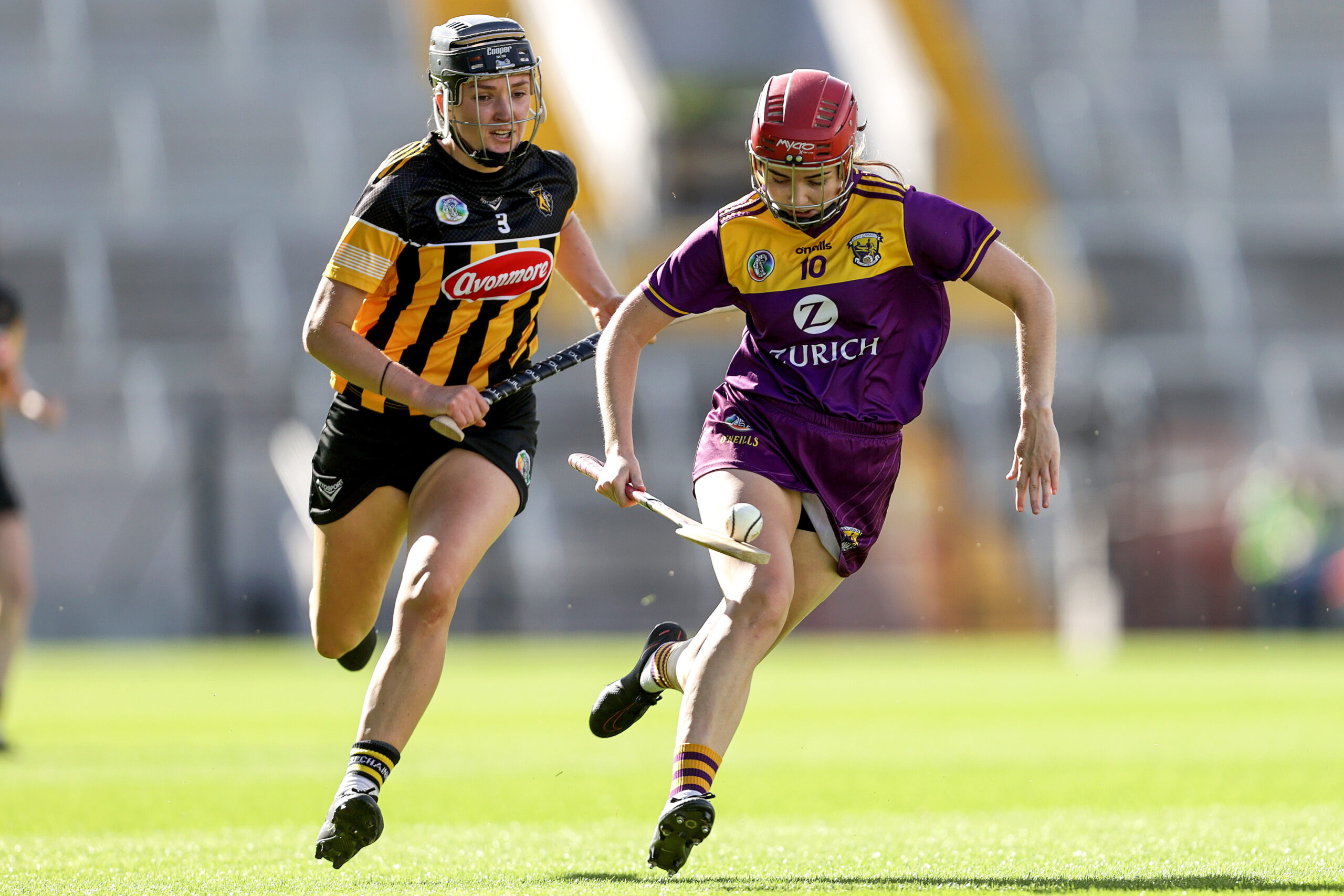 Anais Curran didn’t waste any time swapping her club jersey for a county one after Oulart-The Ballagh lost their All-Ireland club camogie title to Sarsfields at the beginning of March and her flair had an impact immediately, most recently in the eight-point defeat of Kilkenny in last Sunday’s Littlewoods Ireland Camogie League Division 2 quarter-final.

With Waterford standing in the way of a quick return for Curran to Croke Park, in tomorrow’s semi-final at Netwatch Dr Cullen Park (1pm throw-in – Livestream on Camogie Association YouTube channel), management and supporters will be hoping the dynamo with the French name will bring her brand of Oh La La to proceedings in what is sure to be a pulsating battle.

It has been a frantic period for Curran due to the impact of Covid-19 on the calendar and she has gone through the full gamut of emotions as a result.

There was the joy of winning the club All-Ireland at UPMC Nowlan Park just before Christmas, when she was pivotal in the dethroning of Sarsfields with an all-action midfield performance.

There was a brief period of celebration but OTB reset impressively to get back to the decider at Croke Park four weeks ago. This time, it wasn’t to be.

In truth, Curran wasn’t desperate to get back up on the horse immediately following that devastation. But when Wexford manager, Kevin Tattan got in touch, she acquiesced and is delighted now.

“I am not going to say I was buzzing to get back in at the time,” the 21-year-old social care worker admits.

“It was very hard after the Sarsfields game. It wasn’t an easy time and the weeks after that were very tough. You put so much expectation on yourself as well, we didn’t meet the expectations of us or of anyone else. It’s so disappointing.

“But I was chatting to Kevin, he said come in that weekend and see how I get on. I went straight in the weekend after the final. I am probably glad of it now because it took my mind off the final a bit more quickly than would be the usual… Keep the ball rolling.”

Though the most recent club memory is painful, the experience of getting back to not just the top of the Wexford mountain after a period in which they had been supplanted, but to winning a third All-Ireland .

“There was no time for thinking really. Every week we had such important games on. Obviously now that it has stopped you think about it and you’re like, ‘How did I keep going?’ The stress levels are high, you have a life as well. All we were worried and thinking about at the time were the games and trying to get through to the next game every weekend. But you hadn’t really got time to think about it. You went with the flow. You get into a routine. Your life is just training and playing matches.

“At the time there wasn’t anything else that we would rather be doing. When you are winning those sort of games there is nothing that beats it to be honest.

“Winning the All-Ireland was unreal, it really was. When we hadn’t been making it out of Wexford in a few years, it does take a knock on the confidence of course. But we still knew we had the team there if we could just click at the right time and we kept working. Not once did we stop believing in ourselves… The mixture of the experience and the younger girls, it blended really well.”

Standing shoulder to shoulder with legends of the game such as the now-retired Ursula Jacob, the Leacy sisters Úna and Mary and Karen Atkinson, not to mention the likes of the Kehoe twins Shelley and Stacey, and Ciara Storey, still lording it more than six years after being diagnosed with Multiple Sclerosis has been a gift.

“You are learning from the best at the end of the day. My development wouldn’t be half of what it is now without them few women. It has just been phenomenal… The experience of lining out with these girls, being in the dressing rooms, training a few nights a week. You can’t beat it, there is nothing that will beat it.”

Curran was a child when so many of those leviathans contributed to Wexford’s golden age from 2007 to 2012, that yielded four All-Irelands and a three-in-a-row. Having so many from her own club so central to that infused in her a desire to succeed in the yellow and purple too, as well as the red and black of OTB of course.

“I used to be up in the pitch taking shots at the goal and practising. I wanted to be like Ursula Jacob and Úna. These are people we want to be like and we want to achieve what they have achieved. When you have that so close it’s brilliant.

“Ursula has had a phenomenal career and she is such a lovely person as well, that’s the thing. Her achievements in camogie, I don’t think we will ever see the likes of it again, the player that she is and what she brings to a team, it’s second to none. She deserves the break, she has given so much to camogie over the years, especially Wexford camogie. She deserves to enjoy watching a few matches and not having the pressure on her. She has been immense. A lot of the younger girls in Oulart, we wouldn’t be where we are today without Ursula.”

Wexford are undergoing their own rebuild after a period in the doldrums that included relegation to Division 2. The rising tide of camogie has made re-emerging from the second tier very difficult. Waterford, like them, played in the All-Ireland senior quarter-finals last year. Antrim, who take on Cork’s intermediates in tomorrow’s other semi-final (3pm throw-in – Livestream on Camogie Association YouTube channel) will also be participating in the senior championship.

“It’s going to be a savage match. Neither us or Waterford want to be in Division 2. We want to get back up to Division 1 next year. And we were so disappointed last year that we missed out on a final spot and we don’t want to make the same mistake this year.

“In Division 1, you are playing the best teams every week, you are bound to come out and make a progression. Even if the results are not going the way that you want them to. You are getting that experience and you are playing together in that environment. It will only benefit you as well as a team.”