CAMOGIE: “It was the longest second half. In fairness, they never gave up. True champions” – Úna Leacy 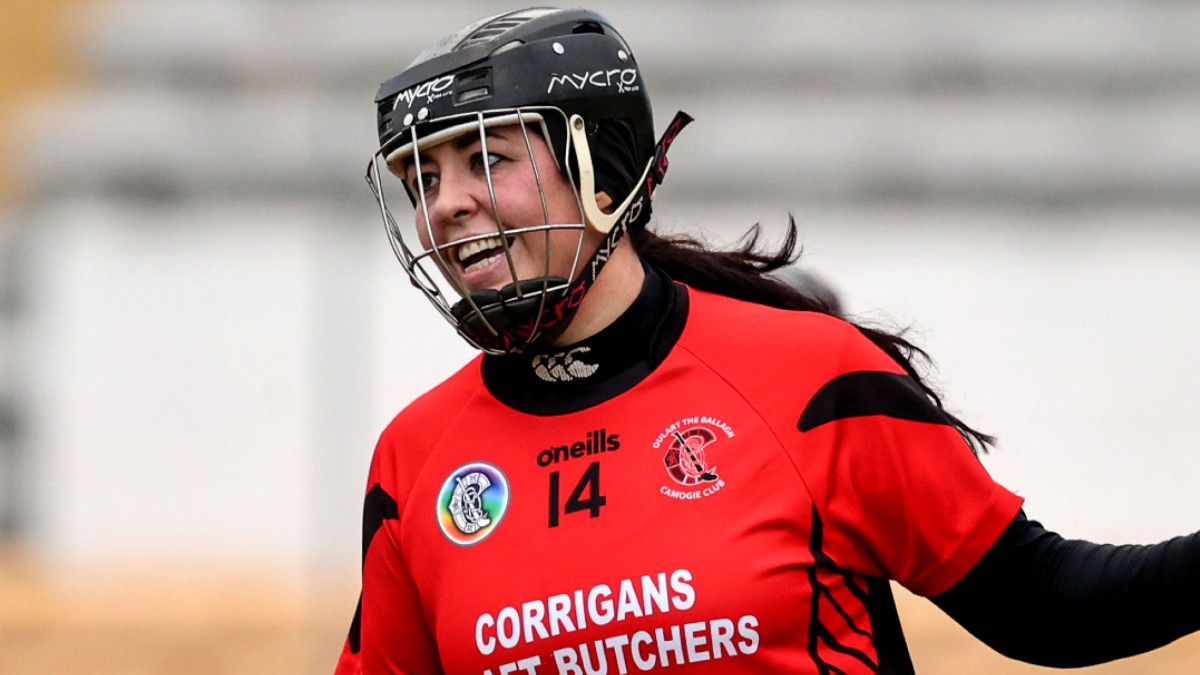 Two-year-old Mike was jumping around excitedly leaving UPMC Nowlan Park. Twice he landed on his knees on the path and you waited for the wailing. It didn’t come. Indeed the second time, you’d nearly swear the threw himself down full force for the good of it.

“We breed them tough down our way,” came the response to an expression of admiration for the hardiness of the youngster.

“His mammy just scored three goals in the All-Ireland final,” was the addendum.

Mike’s dad Barry captained Oulart-The Ballagh to their first Leinster hurling title in 2015, his sisters, the twins Shelley and Stacey played monumental roles as they garnered a third AIB All-Ireland senior club camogie championship medal on Saturday, the latter named player of the match, 24 hours after getting married.

But the goal frenzy of Barry’s partner, and Mike’s mother Úna Leacy, 14 years after her first-half brace as a teenager had helped secure Wexford’s first All-Ireland since her own mother Margaret’s third in 1975, was the standout individual contribution.

In all, Úna and her older sister Mary would win four All-Irelands with Wexford, meaning the two generations have been involved in all seven of the county’s ultimate successes. This is the siblings’ third club title, Úna having been captain when they won the first in 2012. Margaret won five with Buffers Alley.

With Mary leading this Oulart-The Ballagh side, she joined Úna and their clubmate Karen Atkinson as a skipper of victorious club and county sides, six months after giving birth to her second son Matthew. Her eldest Jake (3) is best friends with his aforementioned first cousin.

Úna has had a long history of injury problems in both her knees that have required a series of operations and she has postponed surgery on the two of them to contribute to the current run. That she was even on the pitch to lay waste to Sarsfields’ two-in-a-row dreams was miraculous. Mike didn’t lick it up off the ground.

“I was kind of retiring myself after every match,” admitted Leacy afterwards. “The Thomastown (Leinster final), after that I was retired. Before the county semi-final against Glynn Barntown, I didn’t know if I was going to play that.

“Dr Conal McCarthy, the GP, he did brilliant to get me sorted. I got an injection in my knee and only for it I wouldn’t have played those matches. I was taking it week by week and now an All-Ireland (club) champion, the third one.

“I was in at the hyperbaric chamber with Gammy (physio Donal O’Connor) on Wednesday night and Thursday night and was back into him this morning to strap me up. Going into him this week I wasn’t in the same position as last week (before the All-Ireland semi-final against Slaughtneil). Last week I went into him I couldn’t walk, my knee was really swollen. I have found the hyperbaric chamber amazing.”

The first goal was pure genius and along with Shelley Kehoe’s major two minutes later established a nine-point lead at the first water break that was to prove critical. The second and third were immediate responses to the second-half strikes of Siobhán McGrath and Klara Donohue that kept the gallant Sarsfields at arm’s length despite their resolute efforts, driven on by captain, Niamh McGrath.

“I couldn’t believe it! I know I scored three goals but I missed I don’t know how many. There was one time I could have laid it off to Ursula. But I don’t care now.

“It was the longest second half. In fairness, they never gave up. True champions. They fought to the very hand. We just though, ‘Blow up the whistle!’

“Coming in here today, no one gave us a chance. We were listening to podcasts during the week. They’re the best motivation you can get. They didn’t give us a chance. ‘Oh they’re an aging team,’ and all this. That’s all bullshit. Age is only a number.”

There is another All-Ireland title on offer in the New Year now but with player of the match Stacey Kehoe having had to tone down her wedding celebrations 24 hours beforehand, that can wait.

“She got married yesterday and player of the match performance today. I think she covered every blade of grass in Nowlan Park. We’ve young girls coming too and I think when the want and the will is there to win, you’ve a chance.

“Imagine you could have two All-Ireland medals in two months! That would be just amazing. Right now we’re just going to concentrate on this one and enjoy every second of this one. We promised Stacey we’d give her a Day Two to remember, or as Mary said in the dressing room last week, we’ll make this a weekend for Stacey not to remember! Ah no, it’s going to be something for her to really remember.”

One hopes Mike will remember too.