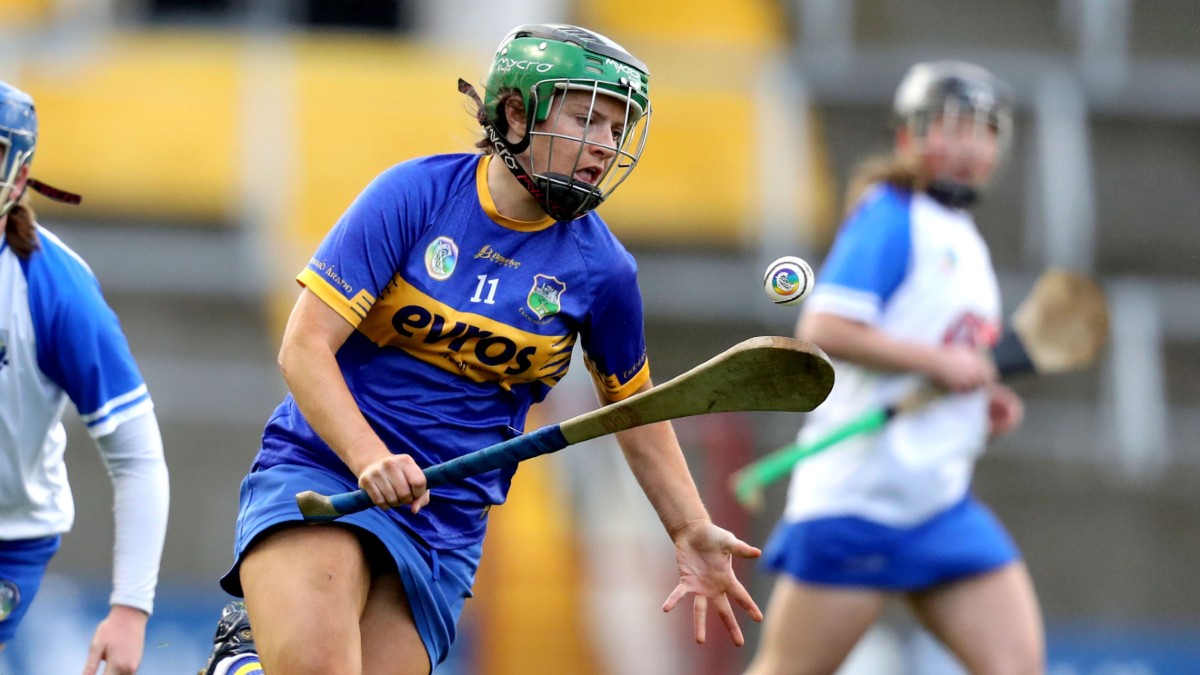 Honesty and happiness are the watchwords Róisín Howard is living by in 2020 and the results are there for all to see.

That the Cahir dual talent is enjoying herself might seem obvious, given Tipperary are facing Galway in the second of the two Liberty Insurance All-Ireland Senior Camogie Championship Semi-Finals at Páirc Uí Chaoimh today (2.15pm throw-in, with Cork v Tipperary at 12.30pm).

But Howard, who has won All-Irelands in both Gaelic codes with club and county, didn’t always gain automatic joy from adding to her medal haul.

Indeed in 2017, when she scored two points as the ladies’ football squad won the All-Ireland Intermediate Final and contributed as the Camogie team reached the Senior Quarter-Final, she was deriving little satisfaction from her involvement.

In a deeply personal blog posted on the WGPA website earlier this year, Howard lifted the lid on her personal struggles at that time, which led her to a sabbatical. Counselling services provided by the GPA proved invaluable, supplying her with key life tools to deal with the challenges her sporting, professional and social ambitions and requirements were presenting her with.

The 23-year-old, who is currently studying for a Masters in primary teaching at Mary I, returned to the coalface with both Tipp panels this year and yes, she is relishing it.

“In 2017, I got a lot of injuries, nothing really serious, but I always felt I always had niggles and wasn’t getting the best out of myself. I probably wasn’t enjoying it as much as I had previously as well.

“When I look back on it, I was in my first and second year of college. You’re trying to balance everything. You’re trying to have a social life, meet new people and probably not looking after yourself as much as what I would now. Little things like getting recovery.

“A big thing for me as a dual player is being able to say, ‘No, I’m not going to train tonight.’ When you get older, you’d look out for yourself more than when you’re younger and newer to a set-up, when you would feel like you always have to train. I think that’s the biggest part for me, to say, ‘No, I’ve had three or four sessions already this week so I’m going to give tonight a skip.’”

The empathy of Camogie manager Bill Mullaney and his ladies’ football counterpart Shane Ronayne is imperative, as the demands on dual players continue to increase.

“The two of them were very understanding. There was never any issue. I suppose it’s really about honesty on my behalf as well. They respect that if I’m saying I’m not up to training or that I’m just gonna do 40 minutes of it, I’m looking out for myself and the team so that I can perform to the best of my ability in both codes.”

She was heartened by the response to her blog.

“When I was asked to do it, it wasn’t something that I thought about too much. It nearly felt like I was writing a diary entry. When it was released to the public, I did feel a little bit weird at the start but the response that I got from players all over the country, and just people that came across it, was massive.

“People do forget that. Even with regards to matches. We’re just going out giving our best on the day. Obviously, we want to perform to the best of our ability. It’s just really acknowledging that we are people as well.”

Increasing criticism is an unfortunate by-product of a better profile and while you could do without the former, the latter is imperative. The live streams have added significantly to player and skill recognition.

“We’re not going to complain about the increase in publicity as it’s something players have been striving towards and it’s a great thing, after the matches, or beforehand, that people are sending you best wishes, watching the match and taking notice of the players.

“Outside of that, it probably would have just been reading a news report and seeing one or two names of people getting scores but now, even from our set-up, we have Moll Ryan at full-back and Karen Kennedy at centre-back. They’re two of the best players in the game and without those matches being televised and stuff, their talents, and those of players like Clodagh Quirke, what they can bring wouldn’t be acknowledged.”

Tipp beat Galway at Duggan Park last March to book a place in the Division 1 League Final, and though what would have been a first national decider for the Premier in 11 years fell foul of COVID-19, the belief derived from the one-point victory remained.

“Initially it was a little bit disappointing when we worked hard to get to a Final and it was taken away from us. But you always have to take the positives out of it and we are grateful we got to play that game and we beat a big team. We got that confidence and it was a good step going forward.

“We are under no illusions that the Championship is a different ball game but it was massive to be able to go out and get a performance against a big team. It was something Tipperary Camogie has failed to do in the last few years.”

“A massive part of that comes from the management team we have in place. They just bring a great sense of honesty to the set-up. They really show guidance. We know areas that we can improve on as an individual player, but also contributing in any way possible to make the team better.

“Me, as a player, I really take that on board. I try to work on the aspects I need to and on the guidance that they give me.

“It’s a massive game. We respect Galway and the calibre of players they have but at the same time, it’s playing against the best and that’s where you do want to be. Championship knockout. There’s no other place we’d rather be on Saturday.”