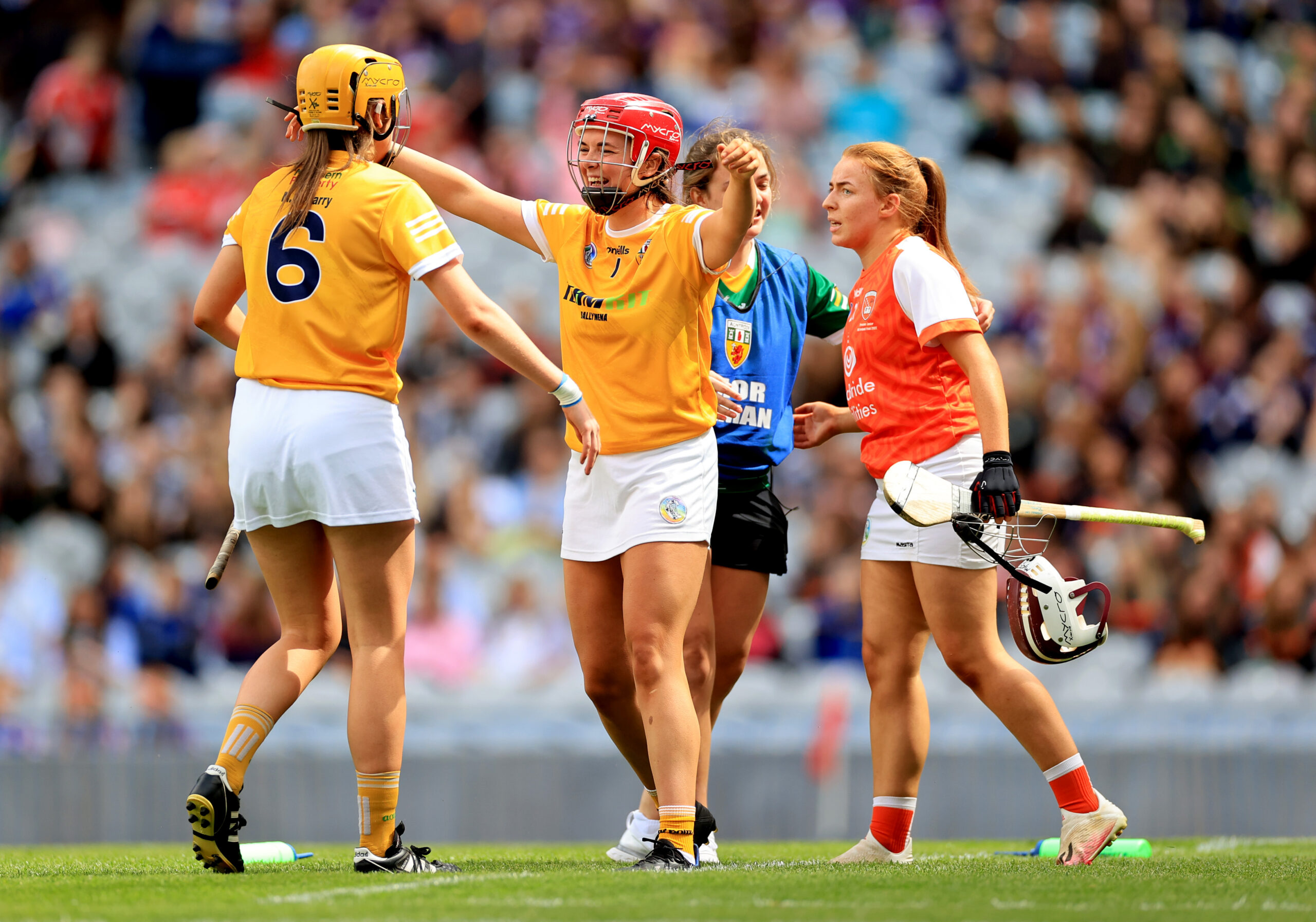 Antrim and in particular Dervla Cosgrove, went goal crazy to mark their first season in existence as the county’s second team by winning the Glen Dimplex All-Ireland Premier Junior title.

Cosgrove finished with 4-2 and three goals in 84 seconds in the second quarter stunned Armagh, the champions of 2020 who were also runners-up last year.

None of it would have been possible but for Megan McGarry’s pointed free in the second half of the second period of extra time as they clawed their way over the line in a marathon semi-final against Clare.

The Loughgiel Shamrocks totem, who was a pivotal figure in this game too, was incredulous at what had been achieved, particularly as Armagh had been a bogey team in their short life

“I don’t think I can believe it. It’s just unreal. I was a bit emotional there. First time playing in Croke Park for all of us girls, it was just unreal to finally get the win against Armagh.

“It’s brilliant and so special and to see everybody here, all that support. It’s amazing to see so many here.

“People thought we’d no chance at the start of the year and they even thought it yesterday in the newspapers but we proved them wrong.”

And all down to McGarry at Bord na Móna O’Connor Park 15 days previously.

“That was great,” comes the instinctive reaction. “It was crucial, wasn’t it? That was some game and some day but this is the ultimate. Unbelievable.”

Armagh had plenty of opportunities for goals themselves, but Antrim goalie Áine Graham made three magnificent saves, while Ciara Donnelly had a first-half shot that rebounded across the goal after hitting the inside of the Antrim upright.

Former Cork star Jenny Curry was a danger for Armagh, scoring two points and setting up that goal chance for Donnelly, but the supply was fitful and she was double-marked in the second half.

Donnelly did provide five points and had nine scorers in total but it was all about the three-pointers and with Fionnuala Kelly having breached the Armagh defences for the first time in the eighth minute and Cosgrove then hitting her hat-trick, the full-forward added in the second half, the Saffrons would not be denied.