CAMOGIE: “It’s important to relish those days and make the most of them because they are not going to be around forever” – Maria Cooney 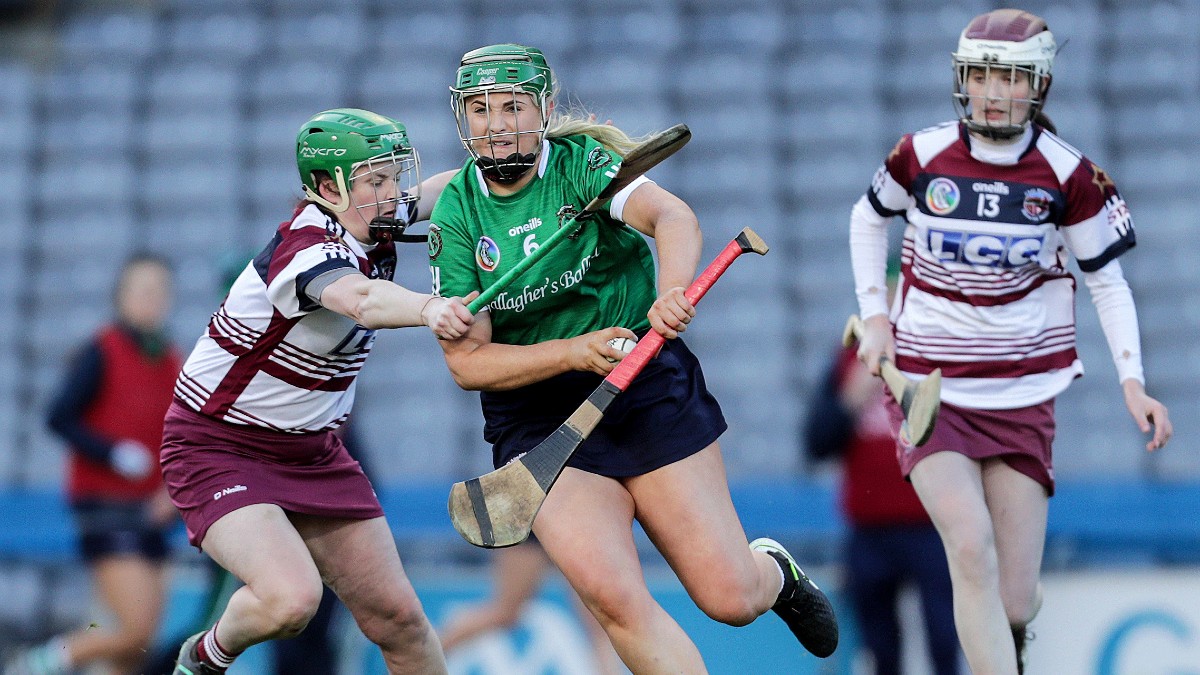 Sarsfields know the importance of securing the richest yield possible from a harvest. They understand too that while scaling the peak is an unforgettable feat, to do it twice in a row marks you out.

The hurling team of the late ‘80s and ‘90s that secured five of the club’s seven county championships is known far beyond Bullaun, New Inn and Woodlawn because they went back-to-back in the AIB All-Ireland Club Championship in 1993-94.

Now, the camogie squad is on the brink of a similar feat, though Oulart-The Ballagh represent a considerable obstacle in tomorrow’s All-Ireland Senior Final at UPMC Nowlan Park (Live on RTÉ 2, 1.30pm throw-in).

The team is managed by Michael ‘Hopper’ McGrath, a hero that two-in-a-row team, whose daughters Niamh, Orlaith, Clodagh and Siobhán are key components of the white and green machine.

The Cooneys were among the hurling legends too, Jimmy having starred as Galway ended the county’s All-Ireland famine way back in 1980.

And Jimmy’s kid brother Joe was for a time, many people’s idea of primo hurler of the land, a teammate of Hopper’s when Galway also went two on the trot in 1987-88, and with him still as the club two-in-a-row was chiselled into history.

Joe’s son Joseph was skipper when Sarsfields ended a fallow period of 18 years in the county championship in 2015. He would go on to score two points as the Tribesmen bridged their 29-year gap in 2017.

A certain Cathal Murray was player/manager of the Sarsfields champions of six years ago and he, of course, is the man who has added steel and nous to the Galway camogie team that secured a second All-Ireland in three seasons under his watch last September.

Maria Cooney was a member of the panel, having left it of her own volition for a period due to a serious ankle injury that left her at half-mast. She could never countenance not being able to give her all. So to be part of the occasion at Croke Park, having garnered an intermediate medal in 2013, meant a lot.

It is the 26-year-old’s form for Sarsfields, having been reinvented as a deep-lying, playmaking centre-back from a lifetime in attack that prompted her clubmate to come calling. Cooney was pivotal and named player of the match as the East Galway outfit finally laid the ghost of Slaughtneil in March 2020, having lost the first two legs of the Derry side’s historic three-in-a-row, in 2017 and 2018.

They were an inexperienced outfit then, the first defeat coming at the end of a campaign in which they had won their first every county championship. They have grown together in the meantime, only failing to emerge from the minefield of the Galway championship once, in 2019, since making that initial breakthrough. Cooney’s reading of the play and towering presence have been just as important as the goals and defence-splitting runs of Orlaith and Siobhán McGrath, and the leadership and workrate of Laura Ward, Tara Kenny, Niamh McGrath and Sarah Spellman.

Joseph is a brother and Joe is her father. So two-in-a-row? Yeah, no point saying it’s not important. It is. But there is more to it than that. It is about squeezing out every last drop before it’s done.

“Looking at those hurling players, they had their two All-Irelands back-to-back,” says Cooney. “Even talking to them now, they will reinforce the idea that these things are so seldom. When you get that opportunity, it doesn’t matter if it’s your first, third, fifth, they are not going to last forever. They are very short years and periods of time because someone is going to come and knock you off that pedestal. It’s important to relish those days that you do get to them and make the most of them because they are not going to be around forever.

“It’s such a great thing for your club to get there. It very seldom happens so we have to make the most of them while we get the opportunity to be there and winning at the moment. We are lucky we are in that patch at the moment but it is not going to last forever.”

“Winning back-to-back, to be a great team, you need to try and do that. We won that first one and that was such a huge, huge thing for us. Getting to that again it was never guaranteed for us. Galway is so competitive… we needed to focus on getting out of our group, semi-final, county final. From there it’s a stepping stone back to (an All-Ireland) final. We had a very tough game against Drom & Inch (in last Saturday’s All-Ireland semi-final), conditions weren’t great. That probably took a lot out of us, it was a very tough game, a very physical game, but we did get over it.

“We are absolutely up against it. Oulart-The Ballagh are absolutely incredible. Probably some of the best camogie players that we have seen. We played Slaughtneil the last couple of years, who are a magnificent club team and Oulart went on to beat those by seven points, so we absolutely know we have huge challenge ahead of us.”

As a secondary school teacher, Cooney has endured an extremely testing time through the pandemic. Camogie was a tremendous outlet through that period on a personal level and being able to be among the students out on the pitch was also welcomed by all parties, having spent so long looking at each other on a computer screen.

Presentation College Athenry is a renowned camogie nursery and Cooney will be prowling the line in her role with the school’s senior team in action in the Connacht final today, the juniors having garnered another provincial title on Monday.

Having someone of her talent and CV to nurture the next generation is a godsend. Cooney’s intelligence and game understanding in the midst of proceedings is invaluable too, something that is so evident in her role with Sarsfields. One suspects Oulart-The Ballagh will be thinking about nullifying her influence just as much as that of the McGraths up front, and indeed, as a primary means of achieving the latter.

The transition wasn’t straightforward but Cooney has grown to relish it.

“I am really enjoying it. I would have played maybe centre-back, it was a good few years ago now, maybe a year or two at U16 and minor. I kind of have been more in the forwards since until two years ago maybe.

“You do see everything in front of you but sometimes it is that little bit harder to play if you are dropping into a free role. It is a little bit harder to do that because you are expected to be able to read it a little bit better. I am getting more experience each game and getting used to it a bit more and seeing how matches go and unfold. Every game is different. You will always have a different role each day. It is not always going to be the same thing.”

With such emphasis on cutting out deliveries, having to be cognisant of angles, where best to be positioned when the opposition are in possession while at the same time judging if a runner is a threat that needs attending to, it is a job that is as mentally taxing as it is physical.

The greatest experience of all may be just around the corner.