CAMOGIE: “It’s mad. I Can’t Believe I Did It So Long!” Carr Still Driving Down 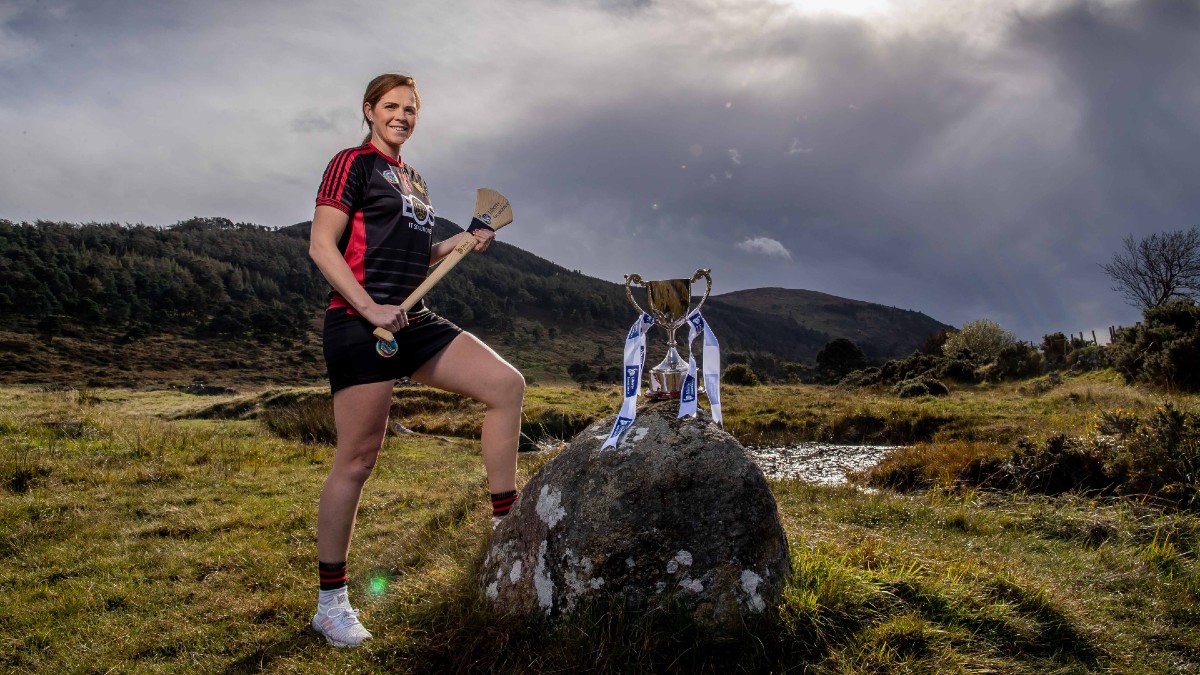 With all the talk of a new normal, Down have the comfort blanket of a familiar normal, as they prepare for a humdinger of an Ulster derby against Derry to get the Liberty Insurance All-Ireland Intermediate Camogie Championship under way.

Fionnuala Carr has retired once before, and was adamant in the build-up to the 2018 All-Ireland Final against Cork, that it would be her swansong in the distinctive black and red livery.

Yet here she is at 39 years of age, 22 years removed from her debut, still putting the shoulder to the wheel, still dreaming of further Croke Park glory to go with the Premier Junior triumph of 2014, and the Intermediate Club Championship won with Clonduff in 2019.

Perhaps having one more shot at Senior Camogie is a motivation. The woman herself says only that she is still enjoying it, still feels she can contribute.

Her partner, Derek Dunne is manager, having been coach the past few seasons when Carr twisted his arm to become involved. Younger sister Sara-Louise remains a key element of the Mourne outfit’s attacking unit.

Perhaps most significant of all is the fact that she has now bought a house in Newry, having commuted for years from Dublin to train. She still works for Panda Recycling in the Republic’s capital, but the company are refurbishing their offices at present, meaning she can work from home.

“That has dramatically changed my lifestyle, in being able to stay fresh for training”, Carr declares.

There are no allowances made for the mileage on the personal odometer. Indeed the workload is greater now, as there is more to be done to make sure the body is fit for a level of preparation and speed of game that is on a completely different level from when she started.

“You’ve to work so much harder when you’re older. You’ve to do a lot of extra work in the gym, keeping your body in good condition and trying to prevent injuries because there’s just more wear and tear than there was 10 or 15 years ago.

“That has definitely helped me to stay in shape in order to play at intercounty level. If it wasn’t for it, I wouldn’t be here. I’m obviously very lucky we’ve such a good group that I still enjoy the training.

“There’s a bit of mobility work but mostly it’s a lot of strength work, keeping the body strong to withstand the training. The training sessions with Down are really intense. They are hard. It’s trying to get your body right so that it doesn’t break down.”

That she retains such enthusiasm is remarkable really, because it hasn’t been a clear run in recent seasons. In 2017, she broke her ankle and did a lot of ligament damage into the bargain.

Last year, she tore her medial knee ligament in the one-point Semi-Final defeat by Westmeath.

The Lakesiders went on to claim the title, before making their presence felt in a stunning Senior Championship debut when defeating Limerick last Saturday.

Down aren’t far away so she can’t walk away, just yet.

Playing well as Clonduff retained domestic Championship garlands – Sara-Louise grabbed a brace of goals in the decider – illustrated Carr’s enduring intelligence, as well as ability. The club success has certainly been a factor in her continuing to operate at elite level.

“The club is definitely a big contribution. We’ve been fairly lucky this past couple of years. We’ve been very competitive. The trainings are great. It keeps you in good shape.

“I genuinely don’t consider it a sacrifice. There does become a stage where you probably want to focus on other things but I just really enjoy playing and training at that level.”

Like everyone, Carr has been trying to navigate the COVID-19 crisis the best she can. The fact that there are two state jurisdictions involved in a 32-county competition is an added fly in the ointment, but she is adamant that the continuation of the Liberty Insurance All-Ireland Championships is vital.

“It’s been a very surreal year. People have been hit hard by COVID in terms of work and lifestyle. Sport has been such a release for people.

“The club championships for the first time ever got focus and it was probably one of the best things to come out of COVID.

“When you’re training on your own, you miss the social aspect of a group training session and it was so good to be able to do that again.

“If anything was to happen to the season in the coming weeks and it was cancelled, I think it would have an awful detriment to people’s mental health and society in general, especially coming into the really, really bleak winter months.

“The political side of it is just a minefield. I think it would be very unfair to look at it any other way than a 32-county competition but then you have two different governments involved. I genuinely don’t know the answer to that question. For me personally, if the six Counties were to be suddenly excluded from the Gaelic games calendar for this year, it would be an awful kick in the teeth.”

Down are in Group 3 with Derry and Kilkenny. Anything could happen, with only the table toppers advancing to a Semi-Final. Tomorrow’s 2pm tie in Slaughtneil may well be one of the key fixtures in the entire Championship.

“Derry and ourselves, we’re very familiar with each other. We’ve played with them for university, played against them with club and county.

“I would imagine there’ll not be a puck of the ball between the two teams. We can only worry about ourselves. We’re firing away, there’s a good group of players and there’s a great atmosphere in training. There’s no animosity, no dramas. Everybody is grateful to be training and we’ve a great management team in place as well.

“We’re enjoying playing and we’re looking forward to Derry but you are under pressure. If you don’t win against Derry, the chances are you won’t get through. You can’t afford any slip-ups, which sharpens the mind too.”

She wouldn’t have it any other way.