CAMOGIE: Job Dunne for Down as Ulster counties shine 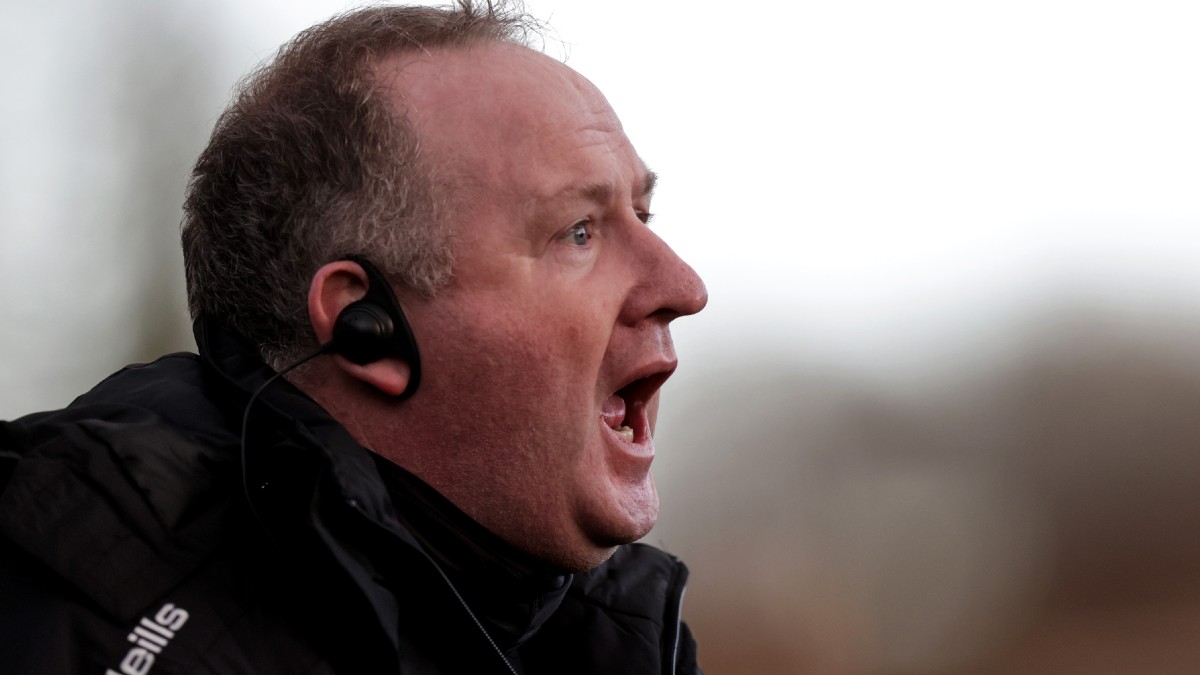 Down manager Derek Dunne was understandably “very happy”, after he watched his charges battle to a Liberty Insurance All-Ireland Intermediate Camogie Championship Semi-Final defeat of Meath by 0-14 to 0-8 at St Tiernach’s Park.

The Mourne women will play Antrim in an all-Ulster decider on December 5, after their neighbours cruised to a 0-14 to 0-3 triumph over Laois in Inniskeen.

Down always held the upper hand over Meath, who had played at senior level the past two seasons, showing real grit and work rate.

“It was a tough, tough match”, said Dunne, the Laois native who took over the reins this year having previously served as coach.

“From 1 to 15, everyone in the field (performed). In fairness to the girls, they dug deep. We knew what we were coming in for today. Meath are a good side, a couple of years up in the senior, coming down. They were going very well; they were the team to beat in the Championship.

“But we need to put our head back down to earth and get ready for two weeks’ time.”

The 2018 runners-up lost to this year’s Senior sensations Westmeath in agonising fashion at the Clones venue 15 months ago, with a point separating them from the subsequent champions, but having enjoyed success there before, there was no fear of bad memories impacting on them on this occasion Dunne related.

“It was funny. I remembered we won the Ulster Championship on one side and we lost to Westmeath on the other. We went on the other. Listen, you can’t be thinking like that. It’s about the preparations that you put in and trusting the girls. And the girls trusting themselves.

“Do you know what? There’s very little you can do on the line when you’re in a game like that. In fairness, they took the game themselves and drove on with it.

“It was a dogged battle and it was who stood up the fittest got us over the line.”

“It’d be class to end with silverware. There’s a lot of people stuck in, a lot of people not well, you’ve mental health and everything. To be able to get out on the field on a Tuesday, a Thursday and weekends, it’s brilliant, to be honest with you. We’ve another two weeks together anyway, which is great. It’ll take us to the turkey anyway!”

Down led by 0-6 to 0-2 at half-time, with Fionnuala Carr, Niamh Mallon, Saoirse McCartan and Paula O’Hagan prominent and they gave little away in the second half, McCartan, Sara-Louise Graffin, O’Hagan and Mallon among the scorers.

It was more comfortable for Antrim, who held Laois scoreless in the second half of their successful Semi-Final. Maeve Kelly and Catherine Dobbin shot three points apiece from play as the Saffrons led by 0-9 to 0-3 at the change of ends.

Nicole O’Neill slotted three frees in the second half to bring her tally to five as Laois tried hard but were just outgunned.

The Liberty Insurance All-Ireland Premier Junior Final will be an all-Ulster affair as well on December 5, after Cavan drew away from Roscommon in the second half to win by 2-16 to 1-6 in Athleague, and Armagh came from behind to eke out a 2-10 to 3-4 triumph over Tyrone in Crossmaglen.

Shauna Fallon struck an early goal for Roscommon but the Junior A champions Cavan had drawn level by the break, 0-6 to 1-3. Goals from Róisín O’Keeffe and Shanise Fitzsimons guaranteed them a spot in their second Final in three weeks.

Tyrone, who were runners-up in the Nancy Murray Cup decider, stunned Armagh with first-half goals from Norah Ward, Kelley Cuddy and Cara Little to lead by 3-1 to 0-5 at half-time.

They defended resolutely into the wind after the restart, with goalkeeper Úna McCann in splendid former but a brace of goals by Eimear Smyth got Armagh over the line and into the Final for the first time since 2016.