CAMOGIE: Kennedy Keen To Kick On 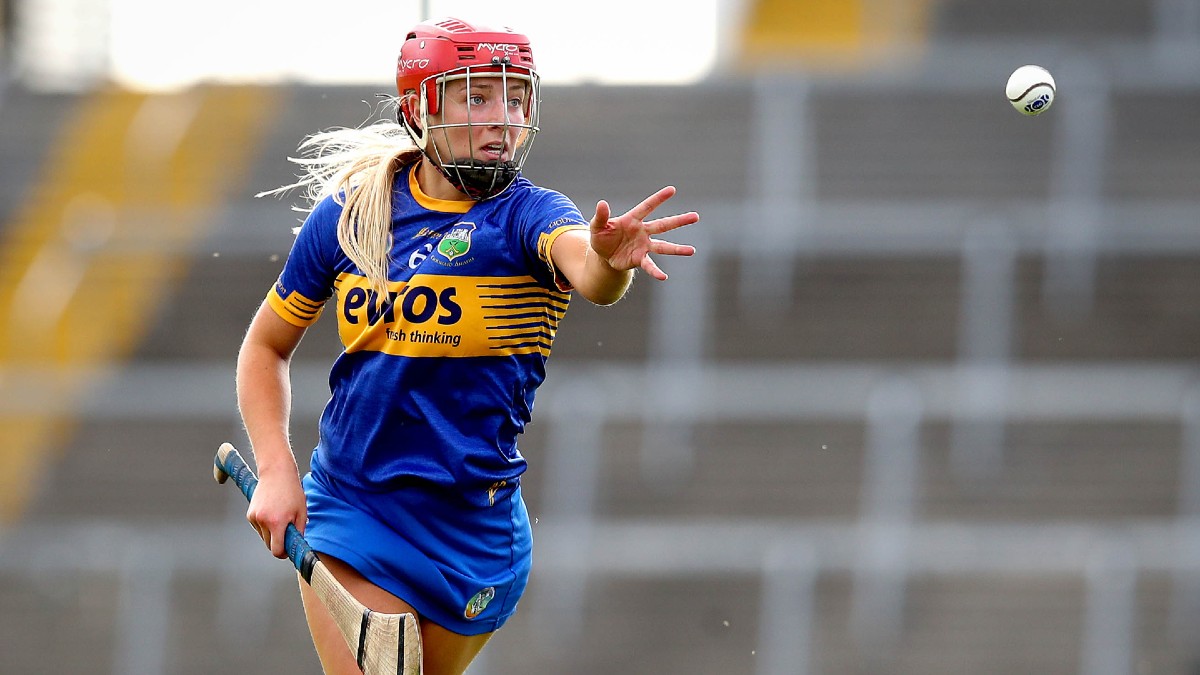 “In the middle of every difficulty, lies opportunity.”
– Albert Einstein

It feels wrong to pick positives out of a global pandemic that has taken lives, left physical and mental scars, crippled local and national economies and generally tested a greater percentage of the population more than any other plague, literal or metaphorical, in living memory.

But they are there. From a sporting perspective, the discussion of a split-season to give clubs a definite place in the calendar is gathering impetus in the Gaelic games community, as a result of an unprecedented period of exclusivity of access to county players.

Tipperary Camogie ace, Karen Kennedy is just the latest to give the enforced development the thumbs up, and not just because she captained Thurles Sarsfields to Intermediate Championship glory.

“Getting back to playing with the club first was so nice”, says Kennedy. “We’ve never had so much time with our clubs. It was just so nice to play with all our club mates.

“We usually have a three or five-day turnaround from getting knocked out of intercounty Championship. It’s just great to have so much preparation for the club and to be able to give back to the other players who are always training months and months without us. It was just great to be able to train and play with them.

“We can definitely learn from it and look at that split-season as a way forward. We’ve never had such good preparation with the club. We’d be knocked out on a Sunday and be expected to play club Championship on a Wednesday. You can’t bond, you can’t click. You still see your club mates outside of Camogie but it’s just not the same when you don’t get to play together.

“We had a great Championship in Tipp and the quality benefited from the preparations that we had.”

The view on the Championship may be coloured by the fact that Sarsfields secured senior status for the first time.

“We’d had enough pain. We won the Junior A three years ago. We were in the Intermediate final the last two years. The first year it went to a replay and last year, we were beat again. We had to make up for it this year and we did, thank God.

“We were Thurles Camogie Club but we joined the Sarsfields a few years ago and it’s been a great benefit. We’ve a great underage set-up. Under 14 and Under 16 won county finals as well this year, so we’re really growing, so it’s great that we’re up at Senior level and we have the underage coming to help us.”

She admits that it was strange catching up with her Tipperary teammates, particularly after attempting to knock spots off some of them just a few weeks before, but they quickly kicked into gear.

“Having the few weeks to prepare is perfect, plenty of time after the club. There’s a great vibe now.

“You don’t take things for granted anymore after the year we’ve had, so I think everyone is looking forward to playing.”

That said, the competitor acknowledges context will go out the window in the white heat of battle but that’s how it should be. Perspective is for before and after, and that’s good too.

Bill Mullaney returned as manager this year, having taken a step back at the beginning of last year’s Championship. “A great leader for me”, Mullaney has been in charge of Under 16 and Minor squads Kennedy played on in the past.

After a second consecutive Semi-Final appearance, after Niamh Lillis took over the reins so auspiciously, the players were really keen to kick on as they faced question marks surrounding their ability to find another level.

The procurement of a place in the League Final, following a gritty triumph over champions, and All-Ireland kingpins Galway in Ballinasloe’s Duggan Park provided a definitive answer. It would be a first appearance in a national decider since the League Final 11 years previously, but unfortunately, was a COVID-19 casualty.

“We still take the positives from that and try take the momentum forward, what we were building on. The last few years we’ve kind of gotten to the same stages and people are questioning is that as far as you can get so we wanted to prove a point in the League to show we were with the top guns as well.

“In other years, when teams got on top of us, we’d crumble and let the heads go down but we had a no-die attitude going out against Galway and stuck at it. We were nearly all down at the backs for half the match, but it was worth it!

“We have definitely improved our style of play. Before it was more traditional hit-and hope but we’ve worked on our play, with more support running. When you come up against Cork and Kilkenny and then you have to change the way you play or you won’t be getting anywhere against them.”

The 22-year-old is working from home where possible, living with her parents and sister – “we haven’t killed each other yet!” – only going into Amneal’s Cashel laboratory when testing is necessary at the start-up inhaler production company.

It is a balance the two-time All-Star nominee enjoys but the immediate focus now is Liberty Insurance All-Ireland Senior Camogie Championship Group 2 opener against Clare at The Ragg, which will be streamed live on the Camogie Association’s Facebook page, with throw-in at 2pm.

“You never get anything your own way against Clare. We always have tough battles against them and we know that Sunday won’t be any different. I played with a lot of the girls in UL and know the calibre of talent down there. We won’t be underestimating anything.”