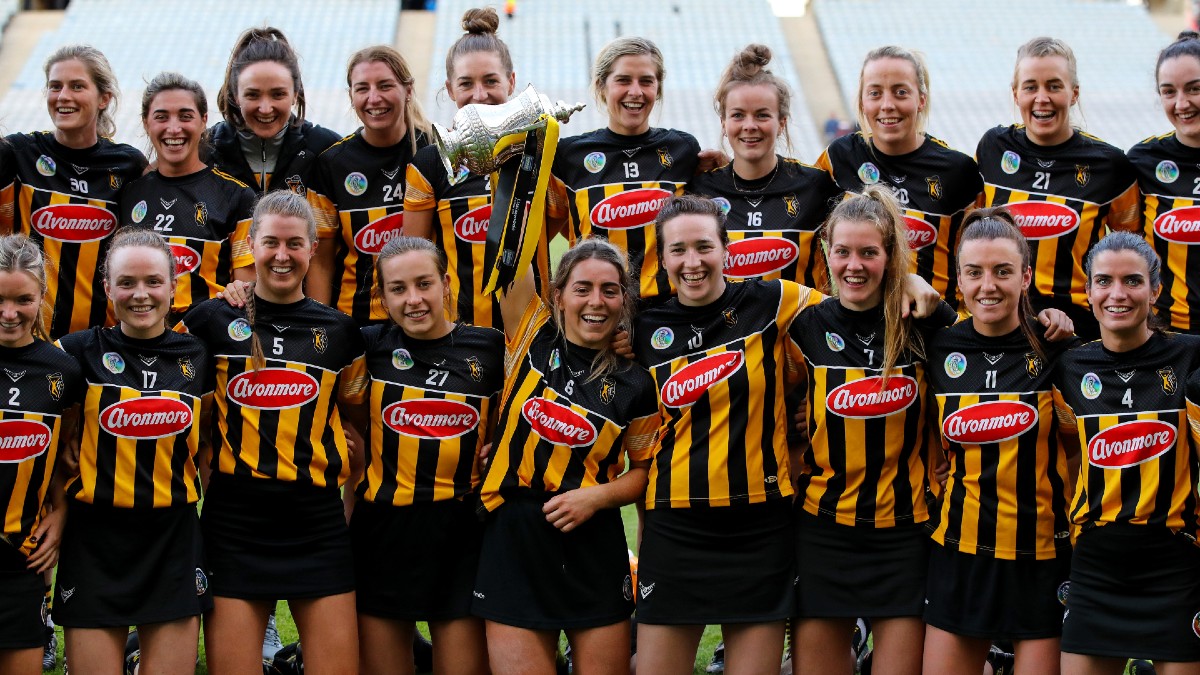 Kilkenny overcame another poor first-half performance, rocking Galway with a goal and five points straight after half-time to add the Littlewoods Ireland Camogie League Division 1 title to the All-Ireland they banked against the same opposition.

The teams provided an absolute humdinger that ebbed and flowed, but it was Kilkenny that were able to find another gear when it mattered most.

Even in the dying minutes, after Galway had managed to recover from the shock of that third quarter shellacking to draw themselves level in the first minute of injury time, their rivals responded immediately through a wondrous Steffi Fitzgerald score and further points from a Denise Gaule free and Mary O’Connell left them three ahead at the final whistle.

It was an open affair, with Galway starting with Aoife Donohue in the full-forward line and Galway were clearly keen to run at a Kilkenny defence that had been troubled by both Limerick and Tipperary in the quarter- and semi-finals respectively.

But the Cats attack had caused Galway plenty of problems in the All-Ireland final last December and gave a number of reminders of that in the opening quarter especially.

Indeed they had the better of the opening exchanges, finding space a little more easily, and though Carrie Dolan shot the first of her seven first-half points early on, Katie Nolan and Grace Walsh, venturing forward to take a pass off the shoulder from Miriam Walsh edged Brian Dowling’s team in front.

Donohue levelled after a trademark Niamh Kilkenny run but two more Dolan scores, including one from play, either side of Nolan’s second point had Galway in front 0-4 to 0-3 at the first water break.

Sarah Spellman and Catherine Finnerty were exerting a greater influence in the Galway attack and while Siobhán McGrath wasn’t on the scoresheet, she was causing concern with her direct running.

A number of Galway frees came from such forays and Dolan put the majority of them over, although there were a couple that went astray.

Denise Gaule brought the sides back to parity but it was Galway on top for the last 10 minutes of the half, Niamh McGrath raising a white flag and Dolan supplementing her tally with three points to put four between them.

It could have been even better for Cathal Murray’s crew but Meighan Farrell got a brilliant hook on Dolan to force a mis-hit shot that was deflected away by Kilkenny goalie Aoife Norris, four minutes from the break.

Aoife Doyle did split the posts from an almost impossible position for Kilkenny to leave it 0-9 to 0-6 at the change of ends, and the Noresiders certainly with more to work on.

Not for the first time, they resumed in blistering fashion, and while they were aided by a strengthening wind, there was a considerable step up in application and intent.

Remarkably, they turned that three-point deficit into a five-point advantage. O’Connell shot her first point immediately after the resumption but it was Aoife Doyle’s sensational score that provided the real lift as she picked the sliotar up on the 40 and drove forward with coruscating pace before blasting an unstoppable shot to the roof of the net.

She had a point soon after, after good work by Miriam Walsh, Gaule added another monster score from outside the 65 and when Michaela Kenneally and O’Connell did the business, it was 1-11 to 0-9.

Galway did not quit however and Kilkenny led the resistance, her brilliant 40th minute goal ensuring an exciting finale.

The Tribeswomen kept chiselling away at the deficit and it was Donohue that finally brought them level, though she had a runner on her inside who might have been in on goal had she seen her.

Kilkenny won the next ball however, Fitzgerald fetched and drove over brilliantly and they built on that to claim the silverware.