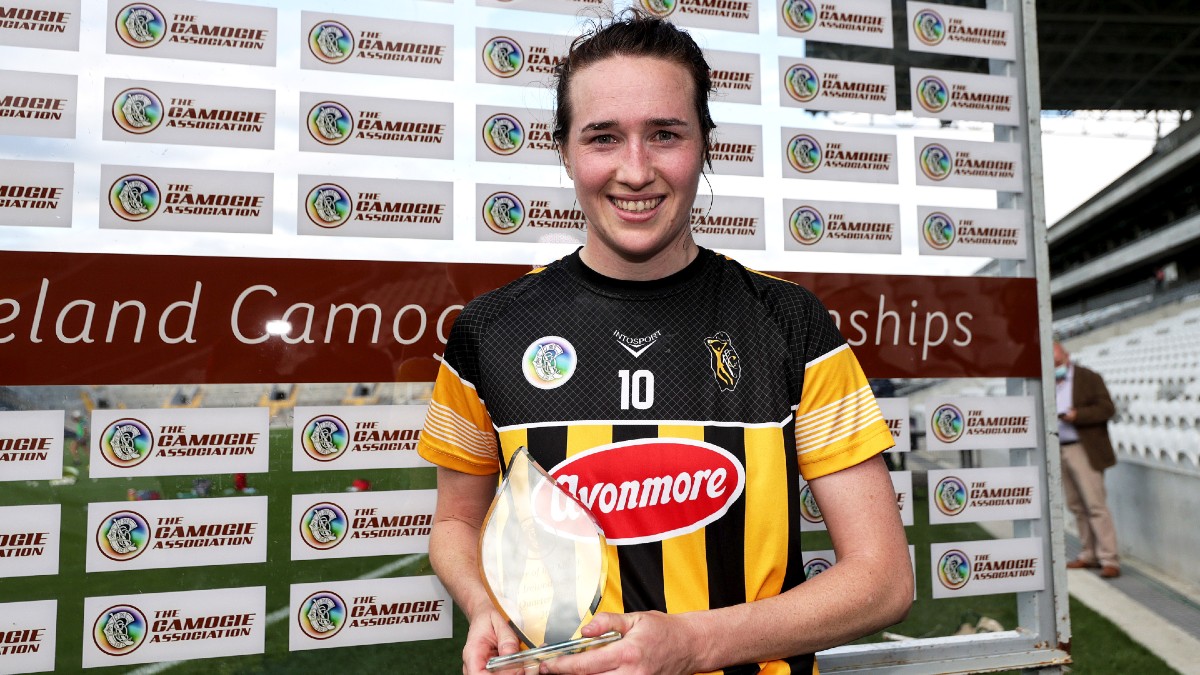 Kilkenny turned Wexford’s dream All-Ireland quarter final day into a nightmare, as they inflicted a harsh lesson with a ruthless first-half exhibition on the way to a comfortable All-Ireland senior camogie semi-final triumph

The All-Ireland champions were fantastic in the opening into a very strong wind and there was no doubt about the result as the teams went off at the break with the scoreboard reading 2-13 to 0-6.

Kevin Tattan will be delighted with how his charges improved their intent in the third quarter, a period in which they outscored their vaunted opponents into the stiffening elements by six points to five.

There’s a fair chance Brian Dowling wasn’t however, and one imagines he made that known at the second water break, after which the Walsh sisters Grace and Miriam sent over brilliant points from either flank.

But Wexford stuck to their task, Leah Walsh splitting the posts from wide on the left within seconds of coming on and the deadly accurate Foxe converting her seventh placed ball but a goal from distance by Denise Gaule after an error by goalie Laura Brennan, who had made one splendid save from Steffi Fitzgerald in the first half.

At the other end of the field, Aoife Norris made a smart stop from Ciara O’Connor but then substitute Katrina Parrock, a four-time All-Ireland winner from Wexford’s halcyon days, got the final touch to a Walsh delivery for a goal that the Yellowbellies’ second-half efforts deserved.

The game ended on a low note for Kilkenny, when Miriam Bambrick was sent off on a straight red card, following an apparent off-the-ball altercation with Foxe.

Wexford had needed to avail of every goal opportunity and they did create a couple of half chances in the first half, but the marvellous Davina Tobin snuffed both out, blocking one shot and then getting in a tremendous hook on Chloe Foxe.

It was far too easy for Kilkenny though, as even though Wexford were able to start Sarah O’Connor after a long absence through a knee injury and attempted to provide extra defensive cover, the Noresiders found space with ease.

They were accurate and sharp with their passing and with runners arriving from everywhere, created countless opportunities that they availed of with ease.

Wexford didn’t help themselves though, conceding a third minute goal to Aoife Doyle, after Brennan had batted out a Gaule free.

Katie Nolan hit three points in that opening period and Mary O’Connell 1-2, taking a pass from the returning Katie Power, holding off a Sarah Harding Kenny challenge and driving to the roof of the net.

The loss of Kellyann Doyle with an apparent shoulder injury will be a concern for the semi-final as the Piltown speedster looked in a lot of pain but it wasn’t an issue on this occasion as with all six forwards on the board, they were in cruise control.

Ciara and Sarah O’Connor fired  over two outstanding points for Wexford while Foxe was unerring from placed balls.

You feared for Wexford in the second half and that they avoided the annihilation that seemed on the cards is to their credit. But Kilkenny move onwards and upwards.