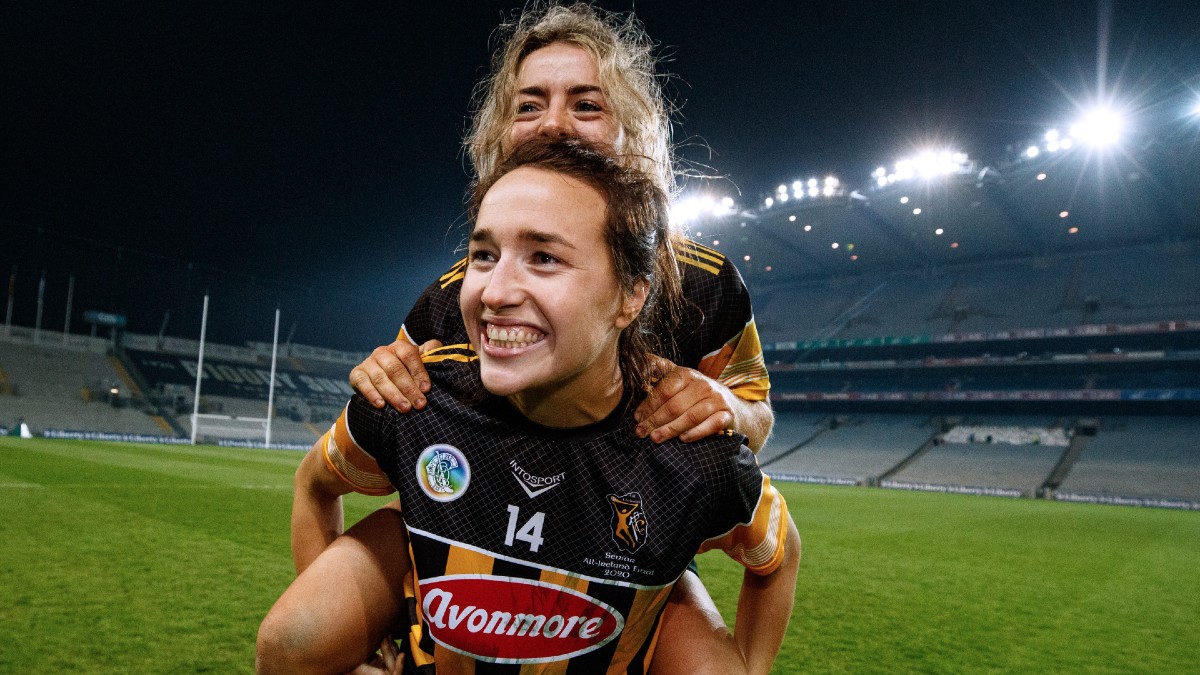 A 57th minute penalty goal by Denise Gaule sealed a deserved victory for Kilkenny to lay the ghosts of previous Liberty Insurance All-Ireland Final defeats firmly in the past.

The Cats had lost the last three deciders in succession since getting their hands on the O’Duffy Cup in 2016 and were in no mood to fall short in this most unique of Championship seasons.

Gaule finished with 1-6 but Brian Dowling had heroines all over the pitch.

Grace Walsh has been immersed in Covid-19 as a nurse and she served up an all-action display that told of someone revelling in having the opportunity to express herself in that context. It was a performance that will live long in the memory.

There were five changes to the team that were defeated in last year’s Final by Galway for a variety of reasons but so many of the newcomers stood tall on the most important day of all.

Aoife Doyle was the game’s leading scorer from play with four points and two of those might well have been goals, while Katie Nolan thundered into the fray in the second half, as a supplier and scorer, and Mary O’Connell was noticeable too in an industrious Kilkenny attack that forced countless turnovers, a number of which led to scores.

The first significant news of the evening was the starting berth for Kilkenny’s Kelly Ann Doyle, who tore her cruciate ligament for a second time on March 8th against Cork in the National League and whose first bit of action since then, was the 12-minute cameo against the same opposition in the Semi-Final a fortnight ago.

To last an hour in such an affair was a testament to the Piltown flier’s dedication to her rehab.

Among the more interesting match-ups, Davina Tobin was delegated to attend to Orlaith McGrath, with Niamh Kilkenny and Aoife Donohue facing off against Anna Farrell and Walsh respectively.

Elsewhere, Caitriona Cormican was given the task of attempting to repeat her marking heroics on Anne Dalton 12 months ago.

As the game settled, both teams left two forwards inside, the result of which was a clogged middle and one spare player invariably in defence.

It started quickly, Siobhán McGrath marking her late call-up with a score in under 50 seconds, but Aoife Doyle replied with a stupendous point over her left shoulder running away from the posts.

As space become more and more of a premium, the teams were reliant on the place-strikers and both Carrie Dolan and Gaule answered the call as they went into the first water break on 0-3 apiece.

There was a suspicion beforehand, that the Galway attack carried the superior goal threat but it was Kilkenny who carved out the better opportunities in that regard, while the Kilkenny defence was outstanding.

That said, Orlaith McGrath took a pass from her sister Siobhán to raise the game’s first green flag and that sent Cathal Murray’s charges in at the break leading by 1-5 to 0-6, though perhaps it was significant that Aoife Doyle pointed in response, and it should have been a goal after Walsh went on a careering run before putting her in a one-on-one position.

It was more of the same after the resumption but Kilkenny gradually exerted dominance around the breaking ball. Nolan and Walsh were outstanding and when Gaule hit her only score from play after being found by Claire Phelan in the 40th minute, Kilkenny were in front for the first time.

Dolan levelled quickly but Galway wouldn’t score for another 14 minutes. Doyle and Walsh put two between them but Brian Dowling must have been feeling nervous when Niamh Kilkenny and Dolan, from a free, restored parity.

Then came the definitive moment, as Phelan emerged from a ruck with the sliotar and fed Anna Farrell, who found Gaule with a hand-pass of glorious vision. She tumbled under a challenge from Shauna Healy and Sarah Dervan and the penalty was awarded.

The Windgap ace picked herself up off the deck to drill an unstoppable low shot past Sarah Healy, following up with a pointed free for the vital breathing space, and though Dolan brought it back to the goal from a placed ball, Galway could not create the opportunity for a spectacular escape.

This was Kilkenny’s day.