CAMOGIE: Kilkenny make believers of us all 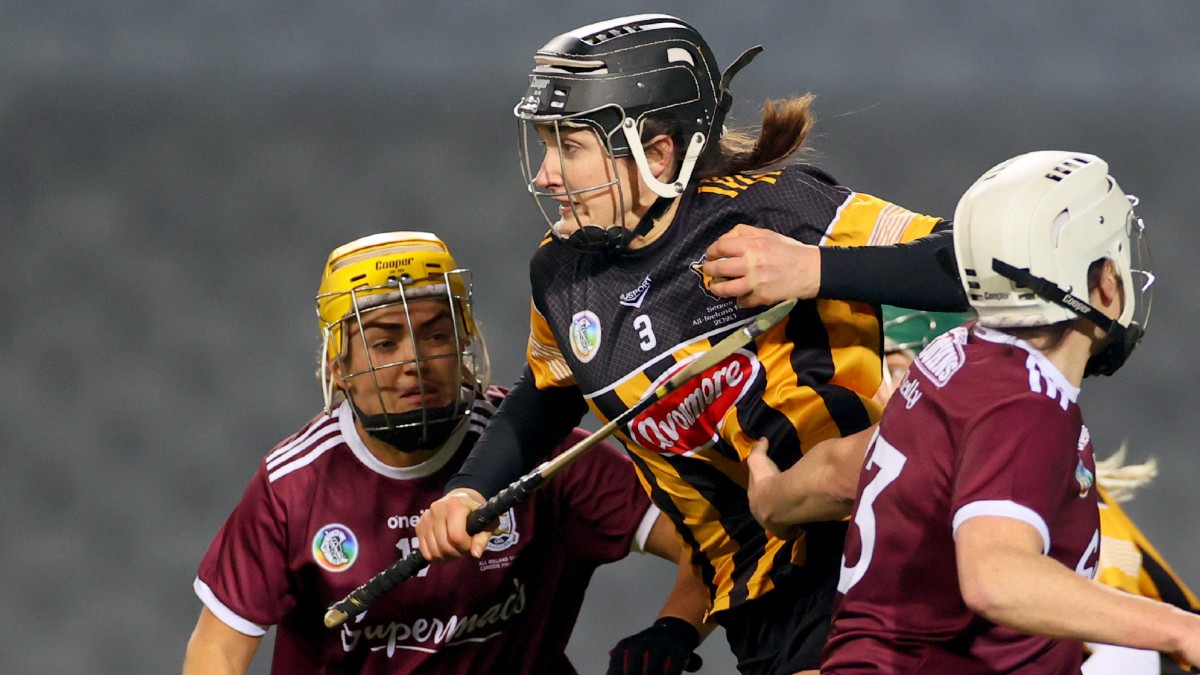 Denise Gaule and Anne Dalton both described it as surreal, and though they were most likely were talking about celebrating among themselves, without family, friends and supporters, you wondered if the scars of so many Liberty Insurance All-Ireland Senior Camogie Final defeats had caused them to wonder if they would ever get over the line again.

The manner of the performance spoke of unshakeable faith however, bolstered without doubt by the defeat of Cork in the Semi-Final having fallen 1-3 behind inside 10 minutes. That was an all-or-nothing, backs-to-the-wall examination for a new Kilkenny and they passed with flying colours, emerging emboldened and ready to dethrone Galway.

That they did with a ferocious level of work rate thought it takes two teams to make a classic and the Tribeswomen did not let go of the O’Duffy Cup without a battle, ensuring a sensational exhibition of all that is good about women’s team sports combining power, athleticism and skill.

Referee Owen Elliott played his part in allowing some eye-watering collisions and the game flowed as a result.

Claire Phelan was among those who starred, backing up a fantastic performance against Cork with another phenomenal contribution, whether it was under the dropping ball, in rucks, hooking and blocking or coming out of defence to set up another score – something she did significantly on a number of occasions.

The Lisdowney defender gave a little glimpse into the impact falling short, often by the tiniest margins, had had.

“The lads drove it into us that we’re good enough,” said Phelan of manager Brian Dowling and his high-octane support staff.

“Sometimes I think the doubts were there the last few years but they just instilled the confidence in us that we were good enough. I think it showed that we had that belief and we worked as hard as we good and thank God got over the line.

“I suppose it’s special after the last few years. It was tough. This one was different in many ways but it definitely was special.”

Quite how they had the energy to make a beeline for an unpopulated Hill 16 in a hilarious re-enactment of what would have been normal practice in the past and will be again in the future, was amazing.

There can’t have been much left in the tank and Phelan paid tribute to the industry without the sliotar of the forwards, who never allowed Galway time to get their slick, running and offloading game into gear.

“The second half was absolutely unbelievable. Katie Nolan turned over so many balls, she stood out a mile, and Aoife Doyle as well. You need that if you want to win against the likes of Galway. That has to be there. The forwards ran themselves into the ground in the second half. It’s brilliant as a back to see those turnovers. It drives you on even more. Thank God we came up trumps with that.”

In the build-up, Davina Tobin and Collette Dormer had noted the perception that Kilkenny had to be weaker this year, with so many newcomers and rookies, and their complete and utter rejection of it.

A third of the team was different to that which started last year’s Final loss to Galway – it would have been six changes but for Kelly Ann Doyle’s spectacular recovery from a cruciate knee ligament injury, suffered in March, to start, having played around 12 minutes of Camogie as a late sub in the Semi-Final.

“We’ve a very strong squad there. There’s a lot of younger girls after coming in. The competition since we came back training, there hasn’t been an inch given to anyone. Our training matches were as tough as you’d have out there and maybe that’s what we needed the last while, that bit of freshness.

“You could see it, they were pushing the thing on, the likes of Katie Nolan, Mary O’Connell, their first year playing an All-Ireland Final, it was absolutely brilliant.”

They knew it was there for them at half-time when they trailed by just two points.

“I think we were still fairly happy. The goal was an unlucky break for us; it broke from a puck out. We knew we were strong enough to come back from that. At half-time, the lads said, ‘Back yourselves. You’ve done it before. The same thing happened in Cork.’ So no-one was going mad. It was just stick with the game plan.”

Now we all believe.