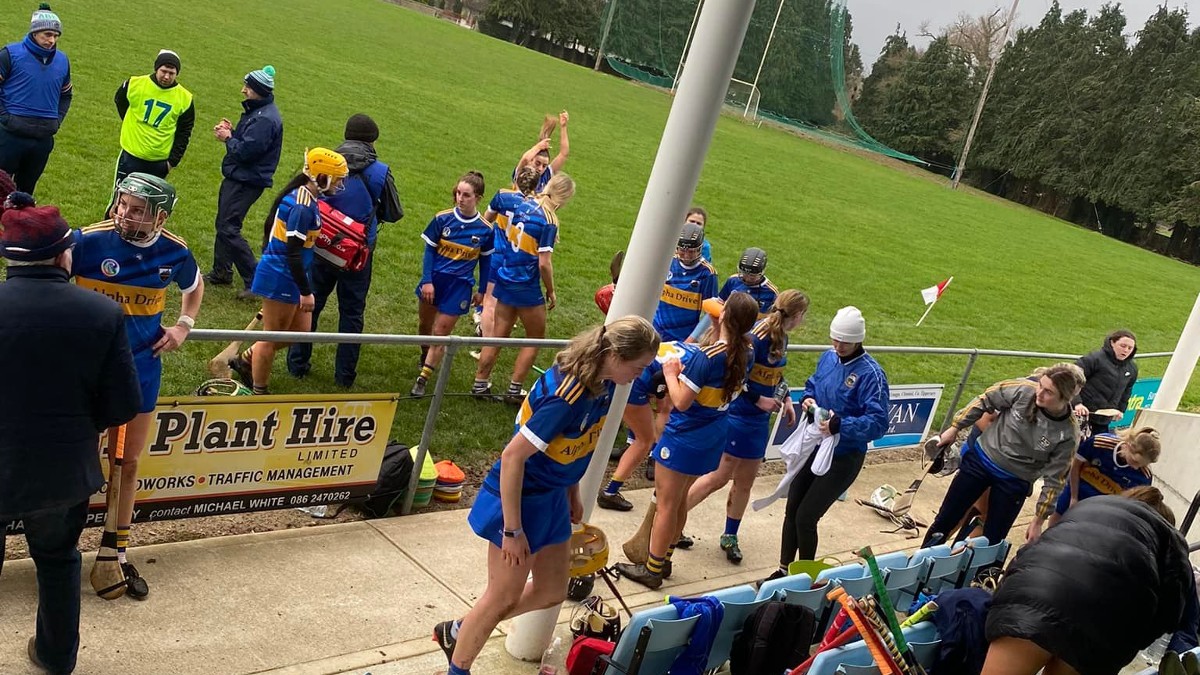 Tipperary have absolutely flown from the traps at the beginning of the Littlewoods Ireland Camogie League and last year’s Division 1 semi-finalists brought their tally to 7-37 from two games with 4-21 to 1-5 defeat of Offaly.

That means Bill Mullaney’s charges have only conceded 1-8 in the 130-plus minutes or so of action and if they will know that there are tougher challenges to come than an understrength Down and Offaly, both without a substantial Portaferry and St Rynagh’s cohort, they are short a number of elite players themselves in Karen Kennedy, Orla O’Dwyer and Caoimhe Bourke.

They are clearly building real competition for places however, as they look to challenge for silverware in 2022 after a sustained period of progress in the last five years.

To put their dominance in perspective, they only scored six points in the second half, with Offaly adding three, and though the hosts certainly contributed the more even second half, there was a clear drop in intensity from women in blue and gold.

Up to then, they had been unstoppable, Róisín Howard so influential and Caoimhe Maher an industrious presence around the middle. That enabled the attack to make hay, with Caoimhe McCarthy and Clare Hogan among those to impress.

The duo had a goal each and Clodagh McIntyre rattled the onion sack too as Tipperary took on the role of enforcers inside the opening 13 minutes. Orla Gorman did breach the visitors’ defence before the break and Offaly did show plenty of character in the second half that gives them something to work with but Tipperary look like a team that mean business.

Also in Group 1, All-Ireland champions Galway got their campaign under way with a 1-15 to 0-6 defeat of a Dublin side that showed plenty before giving way at Round Towers GAA in Clondalkin.

Cathal Murray was without his sizeable Sarsfields contingent but he has used the League to allow newcomers establish themselves in the side over the past few years and sprinkled some less experienced operators with a slew of All-Stars for the trip to the capital.

Dublin were in touching distance, however, trailing by just 1-9 to 0-5 until Jody Couch was given her marching orders for a second yellow card offence, nine minutes into the second half. They fought valiantly for most of the rest of the affair but it was no surprise that they would begin to tire as a result, and O’Reilly hit the game’s last four points to make it look slightly more comfortable than it might have been.

It was 1-7 to 0-4 at half-time, the teams having split the opening six points before Aoife Donohue’s 16th minute goal. Carrie Dolan, O’Reilly, Rebecca Hennelly and Catherine Finnerty raised white flags, while Aisling O’Neill, Aisling Maher and Sinéád Lohan were on the mark for the Adrian O’Sullivan’s crew.

O’Neill had replied to points from Finnerty and Áine Keane when Couch was sent off and it was always an uphill battle from there for the doughty Dubs.

In Division 2, a late goal from Róisín McCormick gave Antrim their second set of points in Group 3 by virtue of a 1-12 to 1-8 defeat of Galway in Portglenone.

Méadhbh Laverty, Siobhán McKillop and Caoimhe Wright were not even on the Saffrons panel last year, but the trio contributed seven points to a successful outing on this occasion.

Galway scored a goal through Tara Rutledge and Katie Gilchrist added a point in the couple of minutes before the short whistle to claw the visitors back into the game, trailing by just 1-7 to 0-3 and they hit the front after the restart.

Áine Magill and McCormick edged Antrim ahead once more however with Gilchrist pointing a free in reply to leave the game finely balanced over the last five minutes, until McCormick’s goal killed it off.

Meanwhile Derry, without the Slaughtneil or Eoghan Rua players involved in All-Ireland club games, fell to a second defeat, this time a double-scores loss to Wexford at Owenbeg. Wexford, who play in the senior championship, were ahead by 0-10 to 0-5 at the break and went on to record a 2-20 to 1-10 victory.

In the same group, Cork had a 4-16 to 2-6 over Kildare at Hawkfield and that means that Derry need to beat Kildare this coming weekend to avoid a relegation dogfight at the end of next month.